Everything You Need to Know About the History of the Scrunchie

Poufy sleeves. Mom jeans. Fanny packs. It feels like we’ve been living in a time capsule over the past few years, with the trends that defined the ’80s and ’90s somehow sneaking their way back into the limelight.

Included in that revival is the contentious scrunchie. The humble hair accessory was once roasted by one of TV’s biggest style icons (who could forget Carrie Bradshaw gasping at the mere idea of a powerful New York woman being caught wearing a scunchie?!), only to resurface a decade later encircling the locks of today’s biggest and most fashion-forward celebs, among them Kim Kardashian and the Hadid sisters.

Psst…It’s Time to Start Buying Fall Jackets. Here’s What to Look For 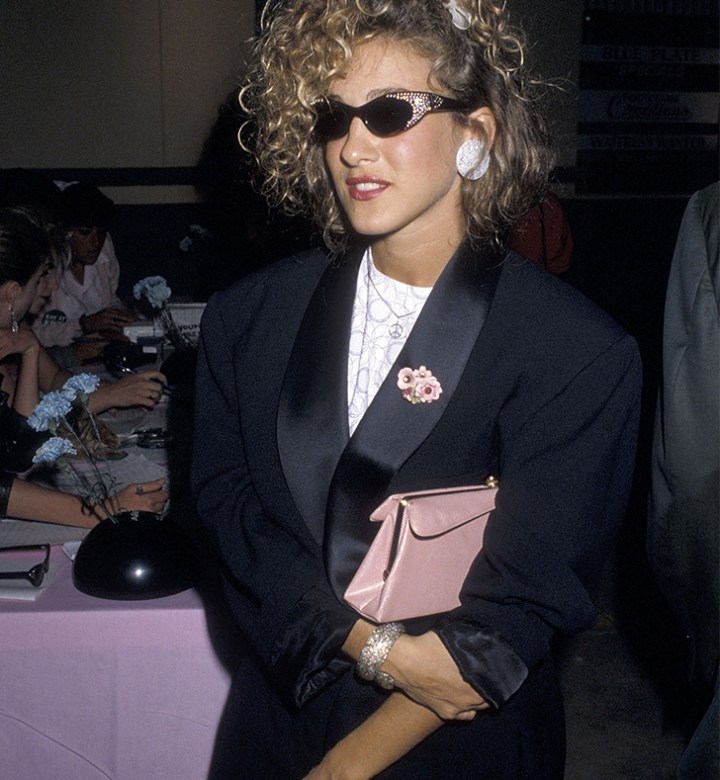 When it comes to better understanding all things current (and, yes, recurring), it helps to go back to their origin. And by the way, contrary to popular belief, for scrunchies that was the ’60s. That’s right, the scrunchie was actually invented in 1963 by a man named Philips E. Meyers. But he’s not important in this story, because it wasn’t until two decades later that the accessory really took off.

See, in 1986, nightclub singer and pianist Rommy Revson was looking for a gentler alternative to abrasive metal hair ties. Tired of the breakage they caused, Revson created the first known prototype of the scrunchie. The design was inspired by the waistband of her pajama pants, and by 1987 it was officially patented. (If you’re curious to see the prototype, you can find it on display, along with the sewing machine used to make it, in the Smithsonian Museum.) 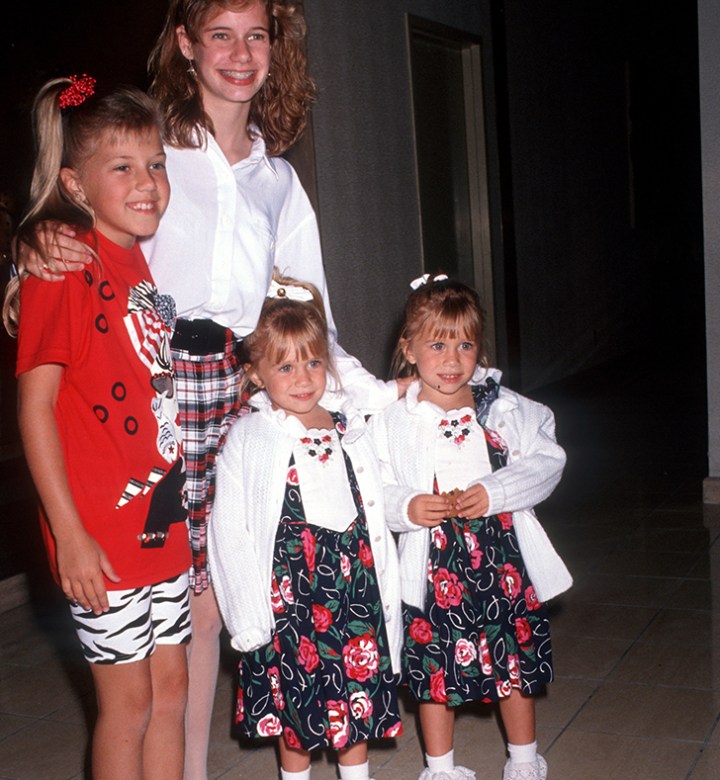 When coming up with her rough (or shall we say ruff?) idea, Revson apparently decided to name her new creation Scunchie after her equally soft and adorable pet toy poodle. When it was sold to Scunci International, the name was altered to Scünci, but later updated to include an “r,” which the brand says was a natural evolution since the fabric scrunches up. (BTW, some simply believe it rolls of the tongue more easily.)

Like any pet (or, uh, hair accessory), the scrunchie has also been known to have a few nicknames, among them the bunch bangle, hair cloud and, as they say in France, a chouchou, which translates to “darling” or “favorite” in English. Of course, ponytail holder and hair-tie have also been used synonymously among a more sophisticated set who refuse to utter the word, but still reap the convenient, fluffy benefits of a scrunchie.

Regardless of what people were calling it, it would be safe to say Revson’s scrunchie was an instant success, taking over streets—and stages—thanks to ’80s music icons like Madonna, Janet Jackson, Debbie Gibson and Paula Abdul. Actresses including Demi Moore and Sarah Jessica Parker (don’t tell Carrie Bradshaw) were also among those jumping on the bunch bangle bandwagon. 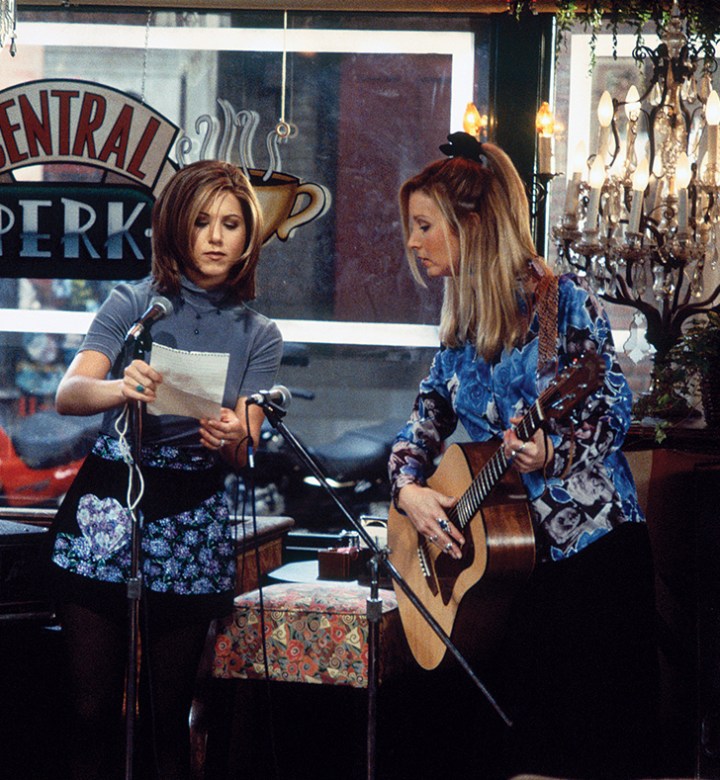 Scrunchies continued to hold the spotlight into the mid ’90s as a fixture on shows like Friends (remember, Phoebe had a serious scrunchie moment), Full House (it’s hard to imagine the Tanner girls or Kimmy Gibbler without one) and Seinfeld. In fact, Cosmo Kramer liked them so much that, in an attempt to woo a woman he was crushing on, he suggested he might get her “one of those velvet scrunchies” to replace her apparently lesser hair clip.

But scrunchies weren’t just relegated to the upper echelons of Hollywood; the hair accoutrement was also popular with female astronauts looking to secure their hair during missions. The Smithsonian National Air and Space Museum has a scrunchie that was worn by Col. Pamela Melroy as a space shuttle pilot during two separate missions to the International Space Station. It was truly an out-of-this-world fashion moment.

By 2003, the scrunchie had begun to fizzle out, especially in more metropolitan or high-fashion areas. This decline was documented in the infamous Sex and the City episode “Pick-A-Little, Talk-A-Little,” where Carrie challenged the reality of a New York-based female character in one of Berger’s book. Or, as she put it not so eloquently, “No woman would be caught dead in a hip downtown restaurant wearing a scrunchie!”

By the end of the decade, the scrunchie was actually considered such a faux pas that an artist named David Riley went as far as to coin a special term, “the scrunchie dilemma,” to describe the juxtaposition of having something so practical, useful and therefore mature/adult associated with being immature and unsophisticated, which he discussed during a lecture at the New Museum in New York City in 2011.

While there were few scrunchie sightings in the years that followed (Jennifer Lopez got people talking when she debuted one on American Idol in 2015 and Kim Kardashian was photographed rocking her own stretchy hair tie while out and about in 2017), it now appears scrunchies have officially made a comeback.

They’re now rocked by “it” girls including Hailey Bieber and Bella and Gigi Hadid, along with singers like Selena Gomez and JoJo Siwa, who is such a scrunchie fan that she incorporated a few of them into her hair accessories line. 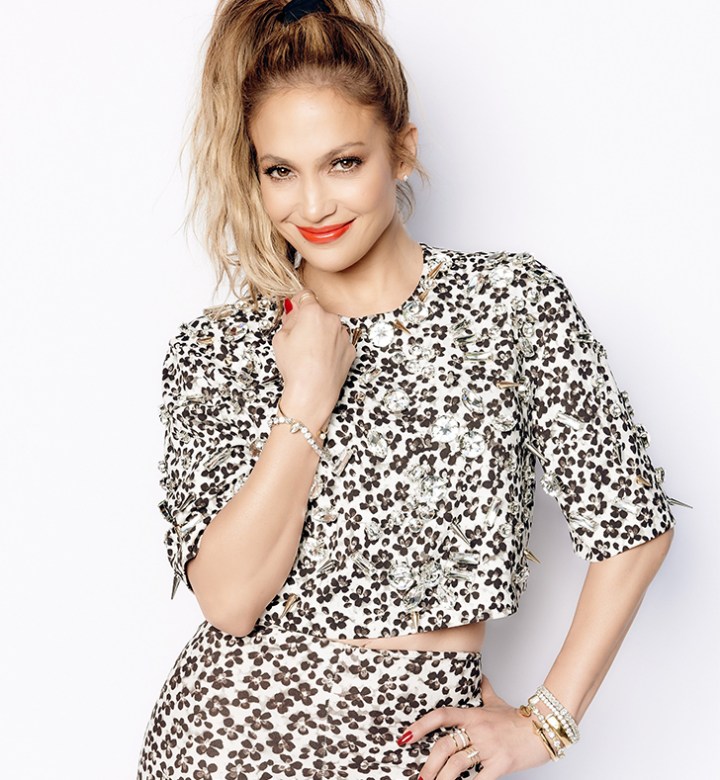 While you can obviously find a cool scrunchie from fast-fashion retailers like ASOS, Forever 21, H&M and Anthropologie, more established labels (such as Fendi and Jennifer Behr) have hopped on the trend and are charging upward of $175 per piece. (Better hold on to your receipts and wrap that thing tight!)

Since its launch, the scrunchie has seen over 500 different designs, including festival-friendly neons, moody metallics, funky patterns and way beyond. And that’s just from the Scünci brand alone. The brand’s latest offerings focus on a range of textures, including velvet, satin and fur, with this ski bunny-esque plush blush fur among its most popular.

“Scrunchie sales have been trending upward of 92 percent over the last two years,” a rep for Scünci told PureWow, confirming the scrunchie is on the rise. She also noted the brand sells over 30 per minute. Snag one—or 10—before it’s too late. Otherwise you'll have to wait another decade before this trend decides to circle back.

6 Ways to Wear the Barrettes You Bought Off Instagram

fashion
by Olivia Dubyak
Happy Valentine's Day! Macy's Is Offering Up to 70% Off Jewelry
fashion
by Destinee Scott
A Tory Burch Sale Just Started & These 11 Items Are Calling Our Name (for Up to 50 Percent Off)
fashion
by Abby Hepworth
10 Knee-High Boot Outfits That Are Supremely Chic for 2023 (Plus 2 That Are, Sadly, Outdated)
fashion
by Kara Cuzzone
46 Totally Unique Gifts Your Best Friend Will Love, No Matter the Holiday
fashion
by Destinee Scott
Jenni Kayne's New Moc Clogs Are a Cozy Lover's Dream—and They're 20 Percent Off Just for PureWow Readers
fashion
by Abby Hepworth
Ballet Flats are Back, Baby! Here Are the 16 Best Pairs to Buy Right Now