Does Your Bra Pass the Finger Test? 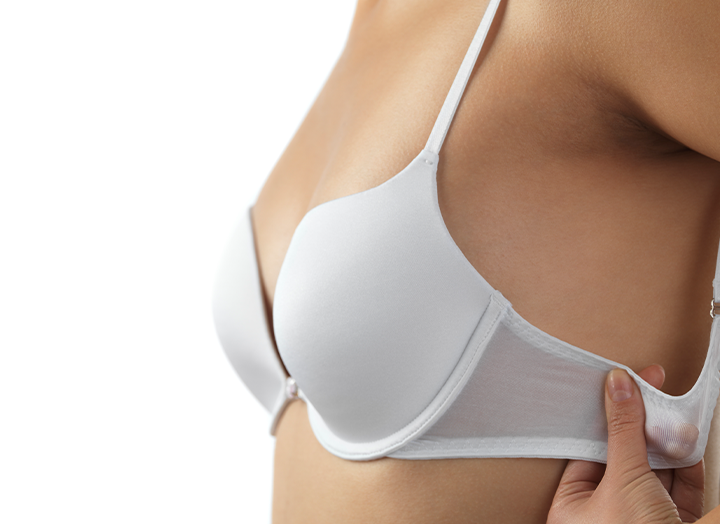 Any bra wearer knows that a perfectly fitted bra can change a life. It’s the difference between burning shoulders at the end of the day or a seamless transition into your favorite pajamas. Still, it seems like a lot of women struggle with finding the perfect match even though wearing a bra is a lifetime endeavor. In fact, a 2008 study found that a whopping 80 percent of women were wearing the wrong size bra, with fuller busted women likelier to be wearing a bra that’s too small for them. That’s why we reached out to Mila Stojanovic, manager at the Bravissimo Soho Store, who gave us one tip that can help you identify whether or not your bra is fitting correctly—the finger test. Find out more below.

First, let’s talk about the elements of bra fitting.

There are three steps to checking whether a bra is fitting correctly. The first stop is the band. “You want to look at the band first because that part is doing most of the work,” states Stojanovic. “Pull back on the band and see just how far you can move it. If it’s too baggy, it’ll start to ride up. If it’s too tight, it’ll dig in. The band is supposed to be lower down at the back, [parallel] to where the under boob starts at the front.”

Next are the straps which are there to supplement all the support the band is providing. “When the band is firm, the straps do less work,” she explains. “What happens when the bra is ill-fitted is that nine times out of ten, the straps are really digging in because they’re doing all the work, they’re holding the weight. The band is doing nothing, but the boobs are heavy because of gravity, so therefore the shoulders are taking all the pressure. When actually, if the band is firm, it lifts the front up and removes the pressure off the shoulders.”

The last stop is the cup, which should cover your boobs comfortably. “If the cup is cutting into your breast tissue and you’ve got double boob, obviously it’s too small,” Stojanovic states. “Sometimes people also have space underneath or too much space up the top and the fabric gets all wrinkled or maybe it’s too loose and you have too much room.” If you’re wearing a wired bra, Stojanovic advises that you ensure the bottom part of the cup is flat against your rib cage and not sitting against breast tissue. In essence, a cup is supposed to, well, cup your boob without squishing, digging or being too spacious.

So, what is the finger test?

The finger test is a useful tidbit you can incorporate when checking the sturdiness of your bra straps. You want them to be snug without digging into your shoulders. “The straps are there to support and give a bit of lift,” explains Stojanovic. “You should really be able to fit two fingers—roughly an inch—inside. If you’re able to pull it all the way up, the bra is way too stretchy, and you need to tighten it. But if it’s so tight you can’t get your finger in, then loosen them because you’re relying way too much on the straps.”

Of course, going to a professional bra fitter is the best way to know if your bra is functioning the right way, but the finger test is also a pretty good indicator that it’s time to make some adjustments. It may be something as small as bringing in the straps or clasping at a different hook. Or, you may have moved up or down a size and need to be refitted altogether.

The 12 Best (and Comfiest) Bras at Target

The Best Chelsea Boots for Women, Starting at $53