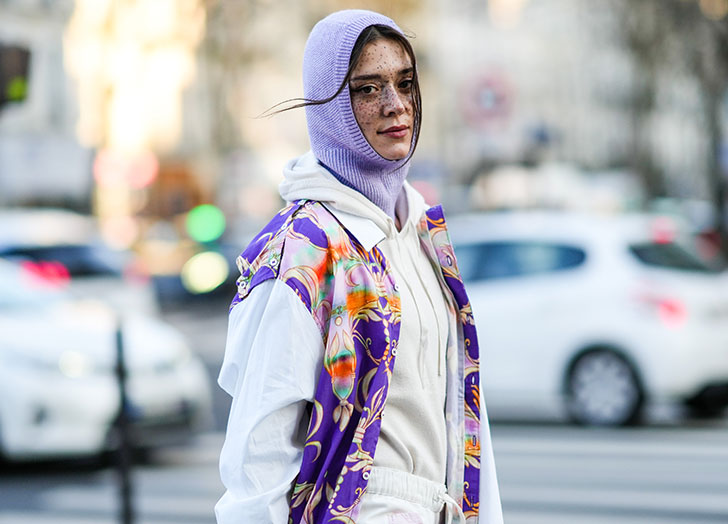 Every year, when the cold breeze starts to pick up, we turn into Jon Snow and utter “Winter is coming,” before opening our closets and trying to put together outfits that will keep us warm while still making us feel like stylish, fashion-forward people. Some of these pieces we wear year after year—giant scarves, cozy knits, etc.—while others are of the trendy variety. Among this winter’s most of-the-moment items are puffer jackets, retro skiwear and balaclavas.

Balaclavas serve the primary purpose of keeping you warm from the top of your head down to your collarbone, but this season, they’ve become a stylish, must-have piece. Spotted on influencers, designer runways (like Louis Vuitton, Miu Miu and Giorgio Armani) and social media (hello #BalacalvaTok), balaclavas are an “it” item of 2022. But before we hopped on the trend, we couldn’t help but question how familiar the fashion item looks and the privilege required to wear one freely.

There’s no sugarcoating the double standard of wearing head coverings. Black and Brown individuals continue to be discriminated against, assaulted or mocked for wearing similar coverings like hijabs and hoodies. To put it into perspective, the ACLU reports that 69 percent of women who wear hijabs have reported at least one incident of discrimination.

Folks who wear hijabs or other head coverings are sometimes viewed as threatening, oppressed or ghetto. “From the perspective of a hijabi, it’s a double standard,” Asma Shakar, a TikTok fashion creator, tells PureWow. “In some countries, laws fight against hijab, but somehow something that looks identical to what we know as a religious choice is ‘trendy.’ Why is a balaclava ‘trendy’ but my hijab, something that has been worn voluntarily for centuries, ‘oppressive’?”

Think about it: When white people wear balaclavas, there’s no sense of fear or threat of danger. You slip on the covering and are praised for your fashion-forward ways. But for Muslim women, Black men or any BIPOC person that wears something similar, the decision to cover one’s head isn’t so simple. There’s a feeling that something bad could happen the second you step out of your door. There’s the fear that someone in the world could think that you have some kind of sinister agenda for covering your head. For these groups, it’s not just about fashion or warmth, it’s about safety.

@asmashakar What are we going to do about this Balaclava trend hijabis??? Cause I feel like next I’m going to be asked to take it off at the airport?? #balaclava ? original sound - Asma Shakar

Shakar tells us that, in her experience, some choose to ignore the complicated history of head coverings in these communities. Just a few weeks ago, someone asked the creator about her hijab, but wrongly called it a balaclava.

“I had no idea what she meant,” Shakar explains. “After the conversation, I researched what balaclavas were and decided to film a TikTok to open up the discussion of the matter. After discussing the subject with a few of my followers, I came to the conclusion that the balaclava trend may begin to negatively affect hijabis because of how it can be mistaken for the same exact headpiece.”

@polina.nioly My babushka will kick ?ss of everyone who has a problem with people staying warm during winter #balaklava #babushka ? original sound - Polina Pushkareva

So yes, as some TikTokers have pointed out, balaclavas are a core part of some Eastern European cultures, and it’s not cultural appropriation to wear one. No one is saying you can’t wear it proudly. No one is even saying that you need to look at every fashion item in your closet with a critical eye before stepping out the door. 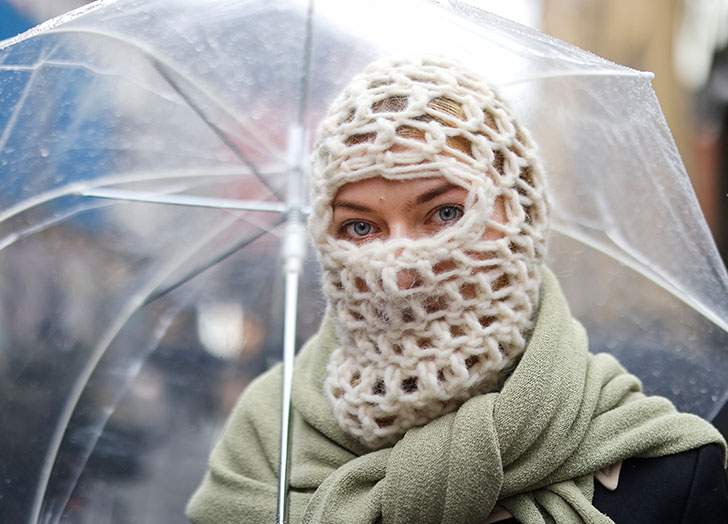 Because once the balaclavas craze dies down, fashionistas can simply toss theirs into the back of their closet or donate it to their local Goodwill. The conversation, for some people, will end there. But what about bigger questions about how specific communities are treated based on what they decide to wear? Will we change the narrative surrounding hijabs or hoodies or coverings that Black and Brown people are constantly being attacked for?

“I believe balaclavas are a cute statement piece, but I’m not a fan of how they’re idolized and respected more in the media than hijabs are,” Shakar tells us. “I’m all for fashion, I’m a fashion enthusiast and I’m aware that not all fashion will be understood or liked by all. This means not all garments worn religiously or personally will make sense to everyone, but what someone decides to wear should be respected either way. My hijab holds more significance than a balaclava and it should be treated as such.”

Black and Latinx Women Don’t Care if You Wear Hoop Earrings. But We Do Want You to Stop Calling Them Trendy.