What Is Pelvic Floor Therapy (& Can It Help You Stop Peeing When You Laugh)? 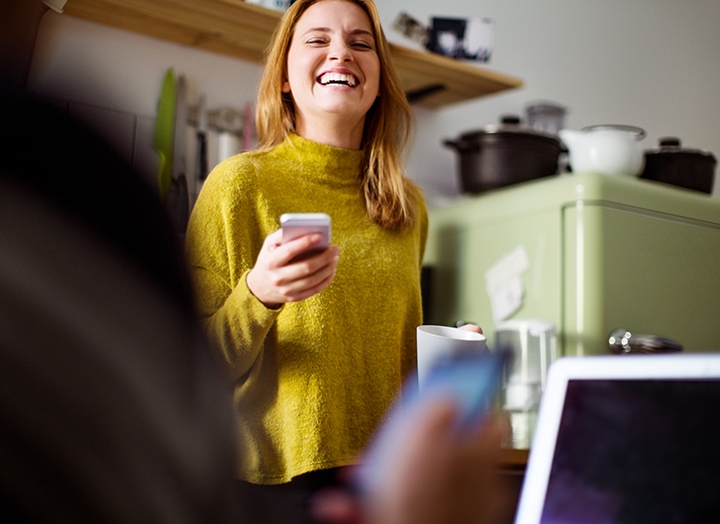 For me, it was one of the best parts about the hours after I gave birth: That first pee in the hospital bathroom now that I no longer had a growing baby applying pressure to my bladder at every turn. (Seriously, by the 41-week mark—my now 4-year-old was a late arrival—I was hitting the restroom every 25 minutes, especially at night.)

But here’s the funny thing. After I was induced and delivered my nearly nine-pound baby boy vaginally—complete with a second-degree tear—I was sent off into the world post-evaluation of my nether regions (“Whoever stitched you up was a genius,” I remember the doctor on call exclaiming) with six weeks to pee—and recover—alone at home.

That’s when one of the most common pregnancy clichés of all time sprang to life: I kept peeing when I laughed. In fact, I’ll never forget the moment when my husband and I were giving my weeks-old baby one of his very first baths when he suddenly had explosive diarrhea in his once-adorable and now poo-covered whale-shaped tub. My husband and I were so surprised that we burst out laughing as we tried to triage the chaos. Tears streamed down my cheeks, but I also felt a dribble down my leg—gone was any form of control “down there.”

But by the six-week mark, I was feeling improvement—and by the time my maternity leave ended and I went back to work three months after delivering my son, my pelvic floor (the group of muscles that give you proper control over your bladder and bowels, but also help support the organs above) felt stronger still. Sure, I had a couple of close calls getting to the bathroom, but that was all par for the course, right? I had pushed a human out of my vagina just 12 weeks before. Recovery wasn’t going to happen overnight. Then I heard about pelvic floor therapy.

What Is Pelvic Floor Therapy?

I first learned about pelvic floor therapy a couple years ago, when one of my dearest mom friends—who gave birth to her daughter just shortly after my son arrived—raved about the pelvic-floor assessment she received at Shift Integrative Medicine in New York City. “Apparently, I don’t have to pee when I sneeze forever!” she texted me after meeting with Rachel Parotta, director of physical therapy and a pelvic health specialist on staff. Our back-and-forth about her experience spurred an immediate (and personal) pelvic-floor gut check: I had given birth 21 months earlier, but did I really consider my vagina 100 percent healed? In a word, no.

I called Shift and made an appointment to see Parotta.

For background, in France, pelvic-floor physical therapy is a standard part of postpartum care. A typical prescription? Ten to 20 sessions of post-baby rehab, according to Parents magazine. It’s also something that’s covered by France’s government health care plan. (In the U.S., pelvic-floor therapy is usually only an out-of-network thing—and a lot of times it’s not covered.)

Here's the deal: Everyone has a pelvic floor. Your pelvic floor is made up of the muscles that support the urinary and reproductive tracts and controls your bladder and bowels. In women, the pelvic floor keeps your bladder and uterus in place. Pregnancy—along with natural aging and certain surgeries—can cause pelvic floor dysfunction, which can lead to issues like frequent urination, constipation, painful sex and more.

The goal of pelvic floor therapy, then, is to strengthen the pelvic floor in an attempt to reverse the dysfunction that might be happening.

What Happens During Pelvic Floor Therapy?

My hour-long appointment with Parotta began with a discussion about my childbirth experience: For 20 minutes, we talked about everything I described above (being induced, my second-degree tear) and then some (how my body reacted to the epidural, how long I pushed for, what birthing method I used). Parotta also wanted to know more about how I was feeling now. Do I still pee when I laugh? Or feel like I’m barely able to “hold it” when I get within 20 feet of a bathroom? I explained that I’m more likely to run into issues when I’m working out—say, playing tennis or running—but laughter is occasionally the culprit, even 22 months after my son arrived. She also asked about any residual pain—during sex or otherwise. I explained that, overall, I felt good, but it had taken nearly six months to reach that point.

Parotta was most interested in the info I gave her about the second-degree tear. She explained how, when a perineal laceration happens, especially one that requires stitches as mine did, you want to pay extra close attention to how everything heals.

It felt cathartic to relive my birth experience with so much attention placed on the nitty-gritty details of what my body went through physically and how I felt now.

Before moving on to my physical examination, Parotta gave an initial assessment of my pelvic-floor health: She flagged something known as “stress incontinence” for me (based on what I said about tennis), which she said is common. It’s basically what happens when you laugh, sneeze or exercise—pretty much anytime you do something that puts pressure on your bladder. Since childbirth can cause you to lose connection to these deep muscles that anchor your core, it can be harder to “hold it” under specific circumstances, like working out.

The remainder of my session felt similar to a trip to the ob-gyn. Based on everything I told her, Parotta took a look at my second-degree tear and how everything had healed. (As it turns out, the doctor who delivered my son was a genius—or at least highly skilled at precision stitching, Parotta confirmed.) She also tested my ability to do a proper Kegel, a critical part of rebuilding strength. Parotta’s technique was equal parts physical and mental. She wanted me to think as if I were lifting my pubic bone up to my belly button as I squeezed and released. She gave my form a gold star.

She also took a closer look at my core muscles. This part fascinated me. During pregnancy, I lost a lot of my abdominal muscle strength. Parotta watched as I “braced” my core (basically, sucked in) and could see immediately that while my upper obliques were in great shape, my lower ones were basically gone. Apparently, this can actually cause increased pelvic tension since you’re almost squeezing your bladder by only drawing in your upper abdominals versus your lower when you resist the urge to pee. Parotta recommended a few exercises I could do at home to help work on getting those back.

Before our session concluded, Parotta confirmed that my pelvic floor was in pretty decent shape. She did have one follow-up question: How often did I pee each day? I stumbled to reply. As silly as this sounds, since I gave birth to my son, I’ve found that getting myself to the bathroom is often not a priority or, perhaps even worse, rushed. In fact, the day I saw Parotta, I remembered peeing once that morning after I woke up, but I only hit the bathroom a second time right before my appointment…at 1 p.m. Parotta did a quick calculation: If you woke up at 6 a.m., that’s almost seven hours. I gasped: How was that possible? Parotta said new moms often ignore that first signal from the bladder that they need a bathroom break. Then the second signal too. If you wait for the third, it’s no wonder you’re dribbling on the way in.

Parotta sent me on my way with some marching orders: Log my trips to the bathroom in a “pee diary” of sorts, and incorporate my new Kegel and core exercises into my daily routine.

It’s been only a handful of weeks and I’m already noticing a difference. At the very least, I’m peeing every three to four hours (a much more normal cadence, per Parotta). I’m also amazed at what a thoughtful experience a pelvic-floor assessment really is and how critical it is to new moms. Six weeks is already far too long to wait to get checked out by a doctor after the vaginal delivery of a baby (just my two cents!), but ignoring your pelvic floor entirely because it’s just a “nice to have” in most cases? Not great.

I waited two years—and there’s still work to be done. Now if you’ll excuse me, I need to write in my pee diary.

How to Strengthen Your Pelvic Floor on Your Own

If you're not able to see a specialist for pelvic floor therapy, there are a few ways to do the strengthening work yourself: