Studying native dog breeds can tell you a lot about a nation’s history. For instance, many of the Russian dog breeds on our list have been around for thousands of years, evolving to happily withstand sub-zero temperatures and the desolate landscape of Siberia. Other breeds on our list were developed specifically as accessories for the upper class and almost went extinct after revolutions and war. Due to the country’s extensive and tumultuous history, Russian dog breeds tend to be primarily working dogs with dedicated, protective personalities. They evolved as companion animals who help humans hunt and survive the wilderness. Not all of them will bravely defend your home and family, but those who can’t will stick by your side no matter what.

Survival in the tundra

Like Chinese and German breeds, Russian dog breeds have stood by humans through thick and thin for millennia. Surviving life in Siberia meant working together for food, shelter and transportation. Indigenous groups living in Siberia, like the Chukchi and the Yukaghir, relied on help from domesticated dogs to hunt large game and protect their homes from predators. Because of this relationship, many native Russian dog breeds have thick coats insulating them from severe cold and large, muscular bodies so they can work tirelessly. This is also why several breeds on our list tend to be standoffish and very wary of strangers.

The 1600s and 1700s were all about aristocracy and colonization in Russia. During this time, the need for working dogs wasn’t as intense, and smaller breeds became en vogue for wealthier citizens. Royal family members were often gifted toy breeds from other countries (like the Maltese from France). Many breeders at this time worked diligently to refine certain native breeds (like the Caucasian Shepherd) and develop new breeds to better suit their needs.

During and after the Revolution of 1905, World War I and the Russian Civil War in 1917, dog breeding was sort of put on the back burner. In fact, several Russian dog breeds would probably have completely disappeared after WWI had it not been for dedicated breeding groups who wanted to see their favorite pups thrive!

For a large chunk of the Soviet Era, from the 1920s to the 1960s, toy breeds were frowned upon because they were seen as luxuries. Breeding efforts focused again on working dogs like the East European Shepherd. But as more people began living in smaller apartments and in close proximity to their neighbors, the demand for tiny, social dogs increased and breeds like the Russian Toy and the Tsvetnaya Bolonka emerged.

Things to remember about Russian breeds

For the most part, you’ll want to socialize and train commands ASAP with a Russian dog breed. Many will be stubborn and could let their history of roaming freely get the better of them. One thing is for sure: Russian dog breeds are not afraid to stand up for you if they sense you are in danger. 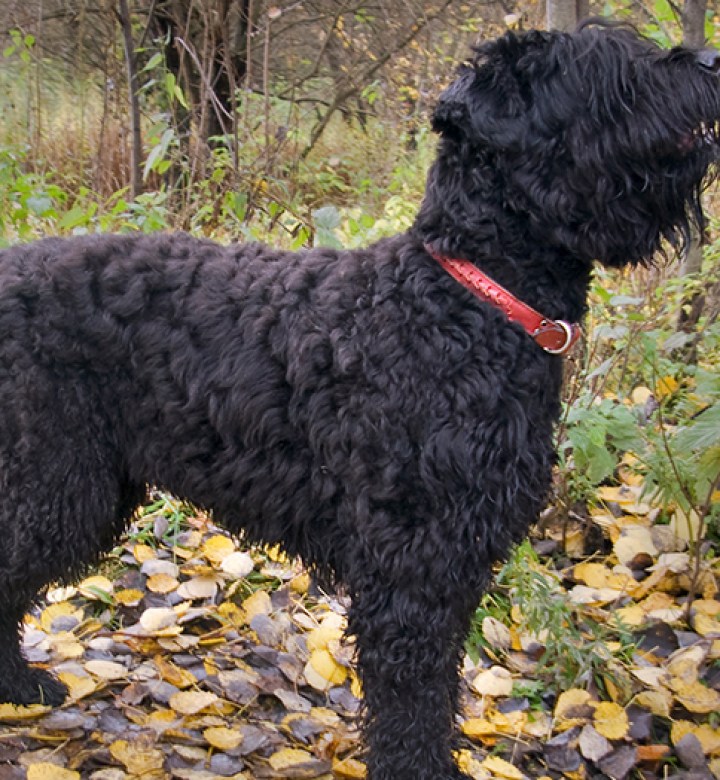 Look at this giant fluffy creature! Black Russian Terriers are big dogs with big brains. Intelligent and powerful, they make great watchdogs (they’re not great with strangers, so socialization is important early and often). After WWII, when dog breeding picked up again, breeders combined roughly 17 different types of dogs to work their way to a Black Russian Terrier. They have the guard instincts of a Rottweiler, the mellow demeanor of a Newfoundland and a look reminiscent of a Giant Schnauzer. Their coats protect them from harsh winter—and make for cozy cuddling. 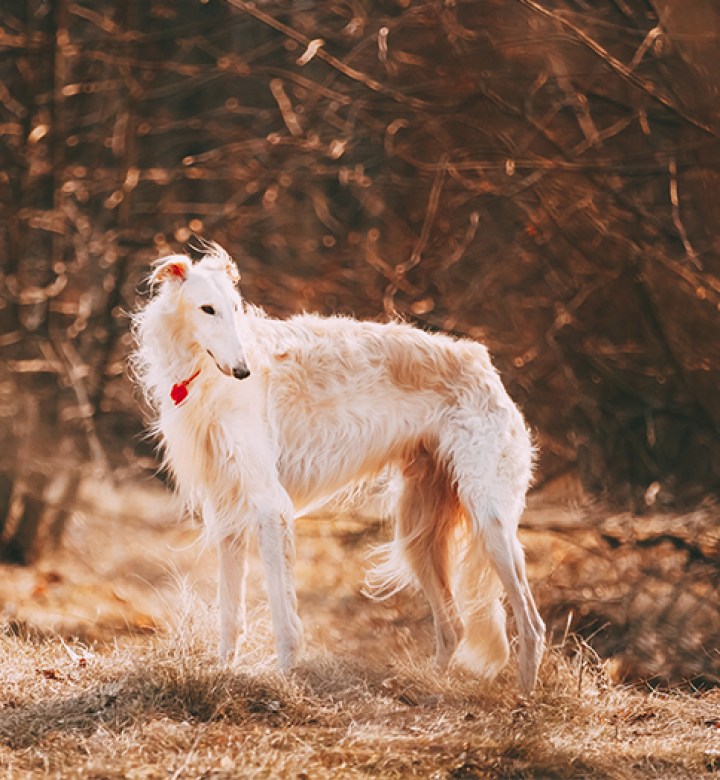 Also known as Russian Wolfhounds, Borzois look a bit like Greyhounds with longer, more luxurious coats. Their name comes from the Russian word for “swift,” which is borzyi. Though pride may get in their way when it comes to learning commands, they’re always up for playtime in the yard. The Russian aristocracy used Borzoi in wolf hunts before the 1917 Revolution. That high prey drive is still alive and well, so beware if you’ve got other pets in the household. 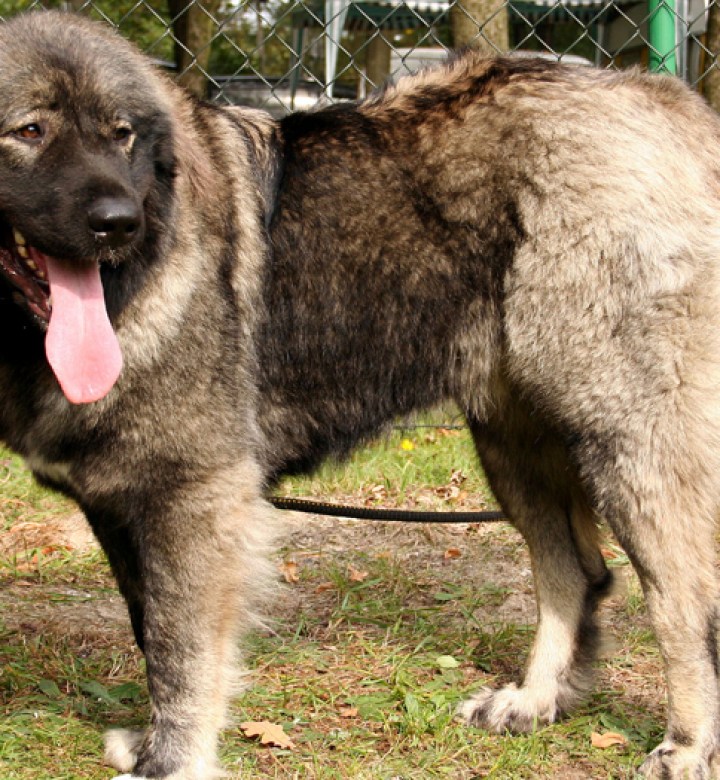 Talk about a fearless defender who will protect at all costs! These dogs hail from Eastern Europe’s Kavkaz (Caucasus) mountains and were bred to watch over farms, homes, livestock and families. Caucasian Shepherds don’t take this job lightly. While devoted to their humans, Caucasian Shepherds (also known as Ovcharkas) have independent streaks and aren’t keen on other dogs or strangers. Training will be a challenge; relaxing quietly will come naturally once a Caucasian Shepherd has finished work for the day. 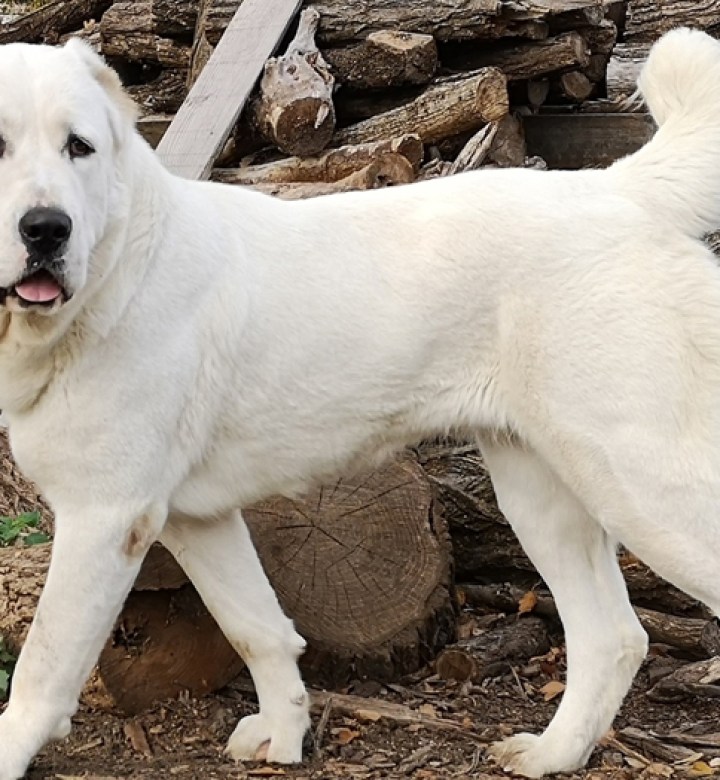 As the American Kennel Club puts it, Central Asian Shepherds “were created by the climate and culture of an uncivilized time long forgotten.” Basically, these are ancient dogs built by nature over thousands of years to survive intense weather, work outdoors and protect loved ones. Get ready for a stoic watchdog who is ready for a lifelong bond (they live relatively long for a large breed!). One signature trait is their close-cropped ears. 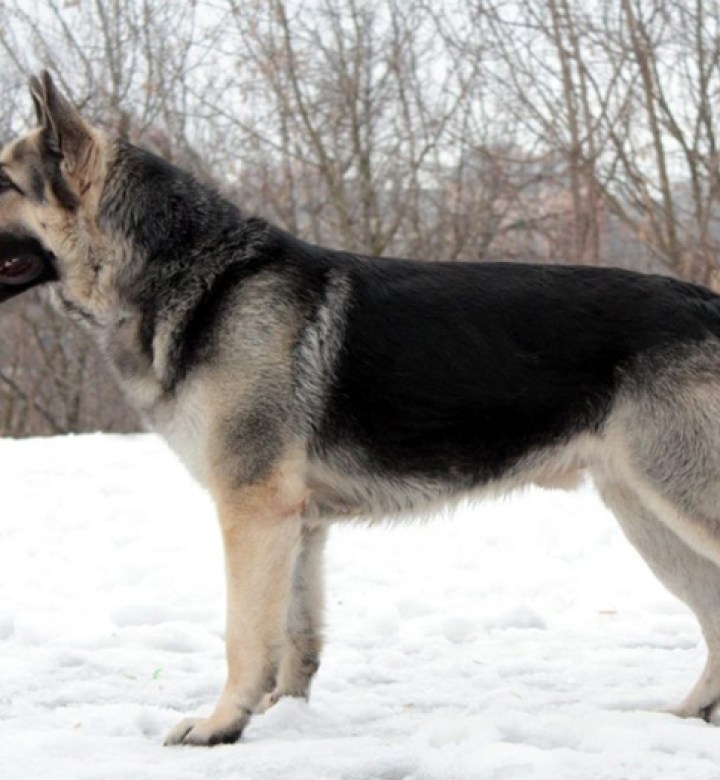 Don’t mistake the East European Shepherd for a German Shepherd. If you can believe it, East European Shepherds are bigger; they were bred by combining German Shepherds, Ovcharkas and Laikas in the 1920s. The Continental Kennel Club says at first, they were primarily used by the KGB and the military, but today they are very popular throughout Russia. Also called Byelorussian Ovcharkas, these pups are loyal and serious watchdogs who love to run and play. 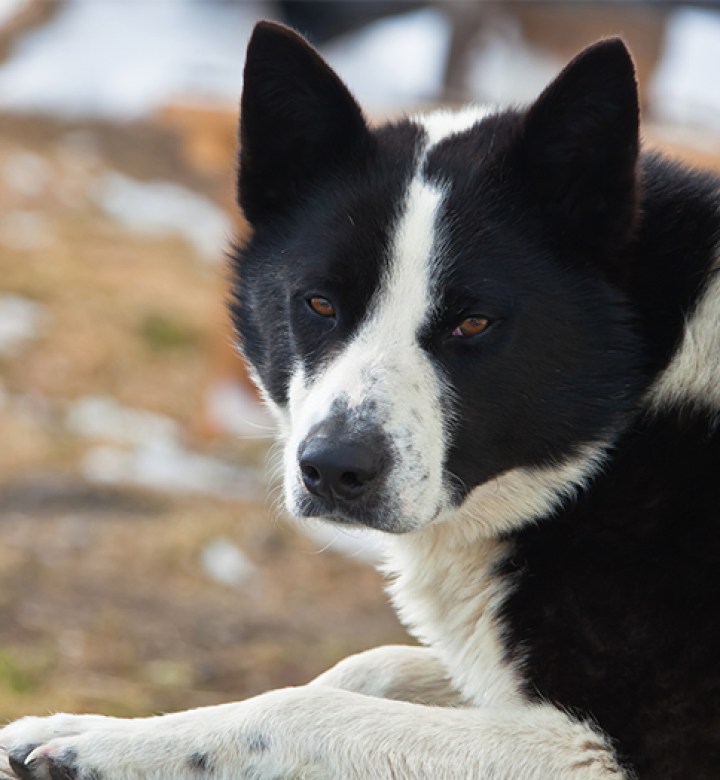 The United Kennel Club says variations of these versatile dogs were used for hundreds of years to both hunt and pull sleds in Siberia. As of 1996, the East Siberian Laika has been recognized by the UKC as an official spitz breed. Get ready for an energetic dog with a high prey drive! They are mild-mannered around their families but can be aggressive or territorial around other dogs or strangers. 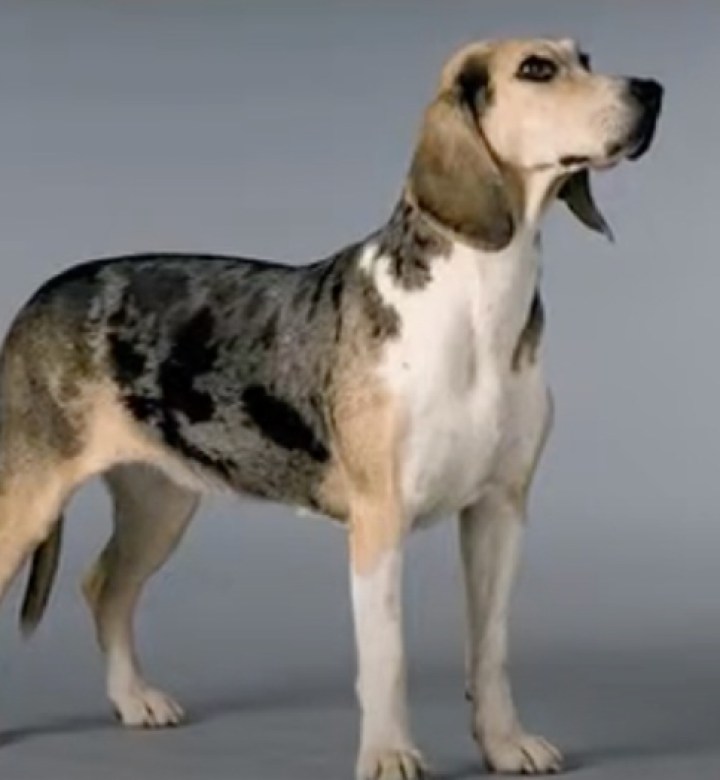 Russian Harlequin Hounds were developed by combining English Foxhounds with other types of Russian hounds. They look a little bit like tall Beagles. These dogs are incredibly outgoing and enjoy the company of people and other animals (though their hunting instincts may kick in if a small animal enters their periphery). Russian Harlequins are smarties who need ample exercise. 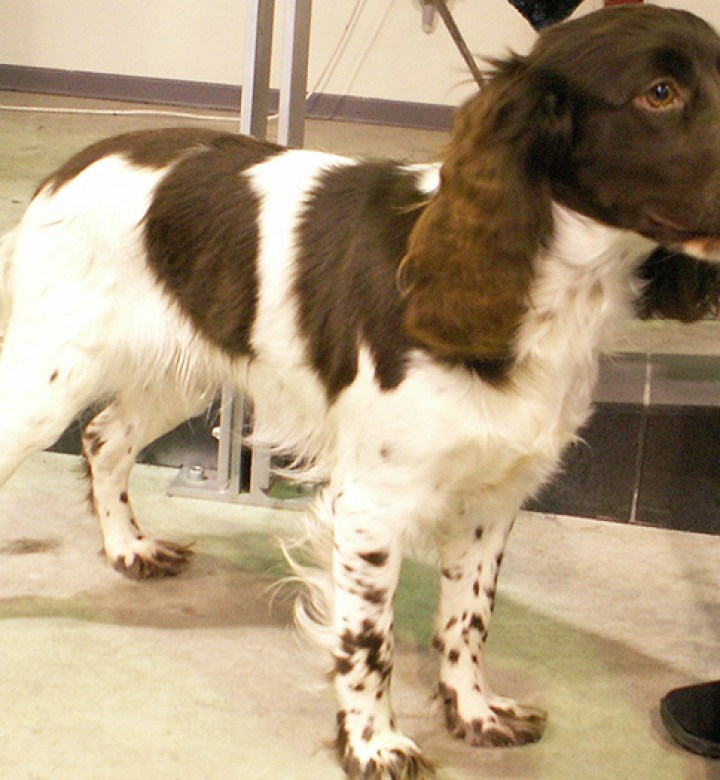 The Russian Spaniel makes an excellent family pet! These sweet dogs are adaptable and playful—just be sure to start training them early so they develop good habits. As early as the 1930s, breeders were combining a variety of spaniels to create an ideal outgoing hunting dog that could live in the city but play in the country. The silky soft Russian Spaniel is the result. 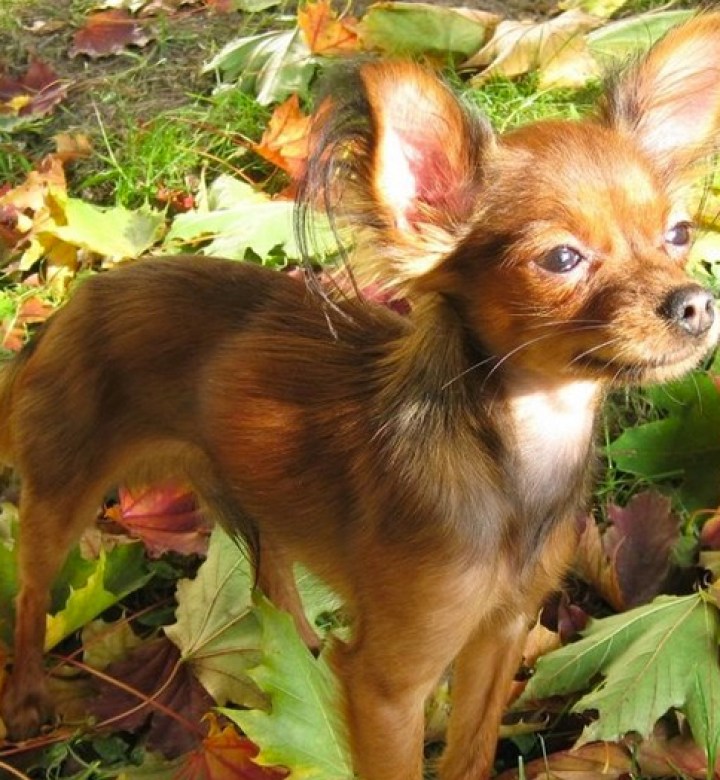 In the 18th century, English Toy Terriers were introduced to Russia, and the country fell in love. Who can blame them? These lively, sweet pocket dogs were the perfect accessory for high society. You can find both long- and short-haired varieties, though the long-haired version is often referred to as the Moscow Long-Haired Toy Terrier (and looks a bit like a Papillon). All versions of this delightful dog are energetic and playful yet can adapt to a variety of settings. 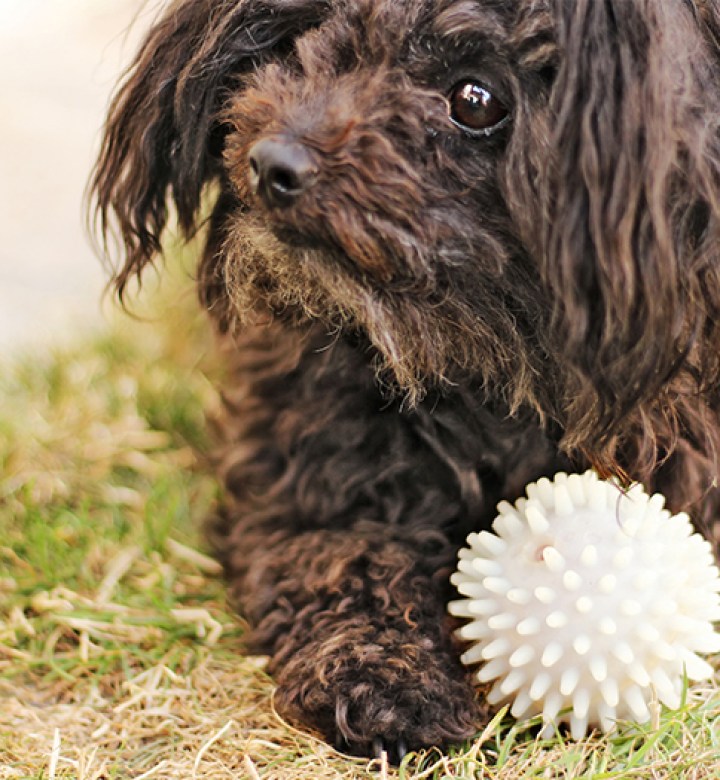 The name Russian Tsvetnaya Bolonka means “Russian Colored Lapdog.” These tiny charmers are closely related to Bichons and were developed in the latter part of the 20th century when more people were living in apartments and the need for large working dogs wasn’t so high. The Bolonka’s curly hair is a trademark and must be brushed daily (and washed frequently if you let it grow long around their faces). If trained and socialized early, these friendly pups do well with kids and other dogs. 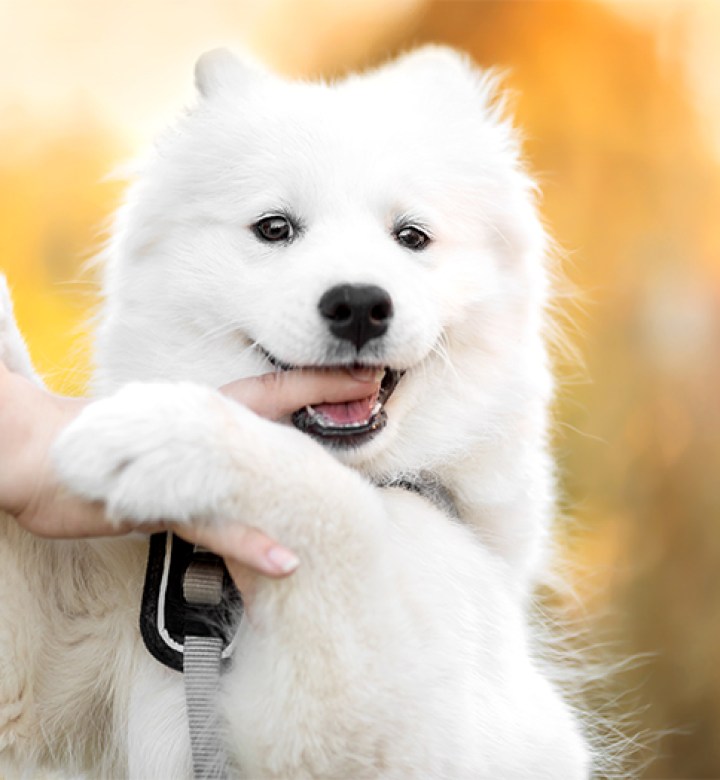 Hello, fluffy BFF! Samoyeds shed a ton, make excellent companion animals and always look like they’re smiling (which is actually evolution at work—it prevents icicles from hardening on their mouths in the frigid Russia winter). These dogs thrive in cold climates and enjoy being in on the action. Leaving them alone for long stretches will turn them destructive. 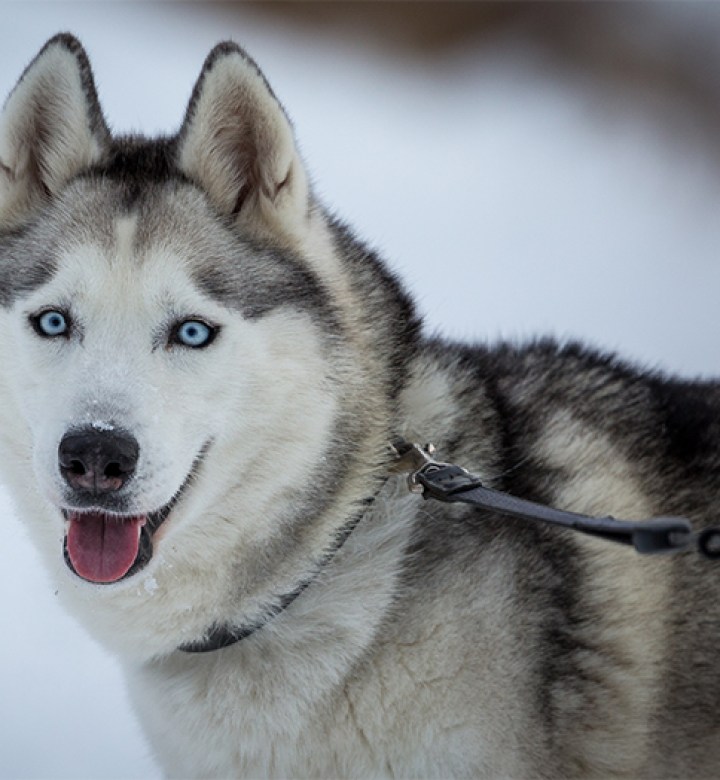 Not only are Huskies affectionate with other pets and people, but they are also eager to learn and retain commands well. Like Samoyeds, Siberian Huskies were used as companions and sled dogs in some of the coldest places on earth. They became popular in the U.S. (and around the world) in the early 1900s. Whenever possible, let these dogs run freely in dog parks! 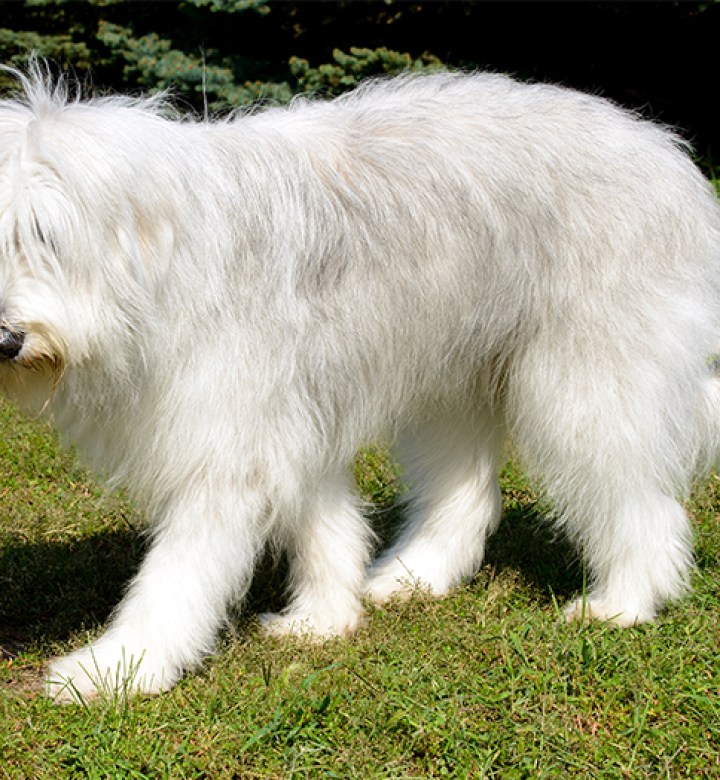 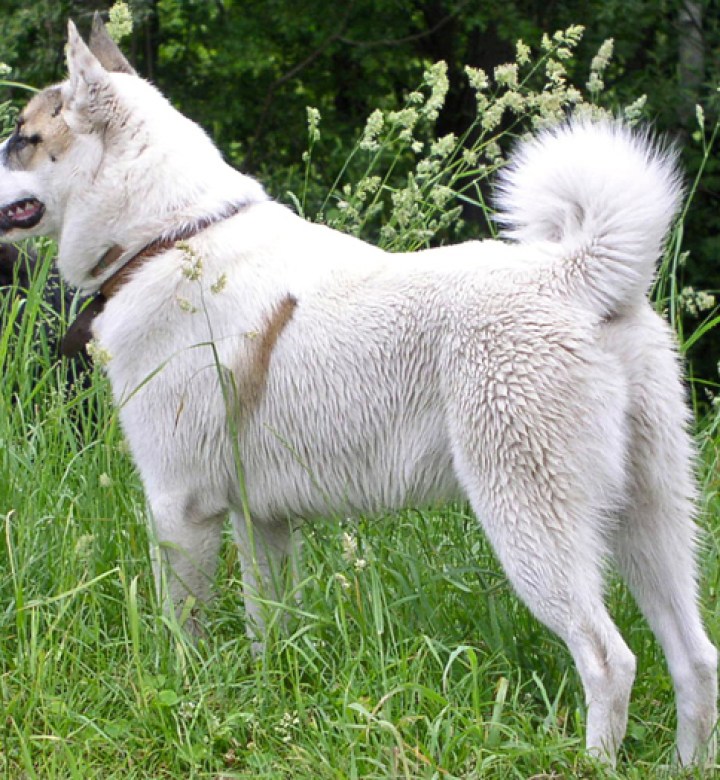 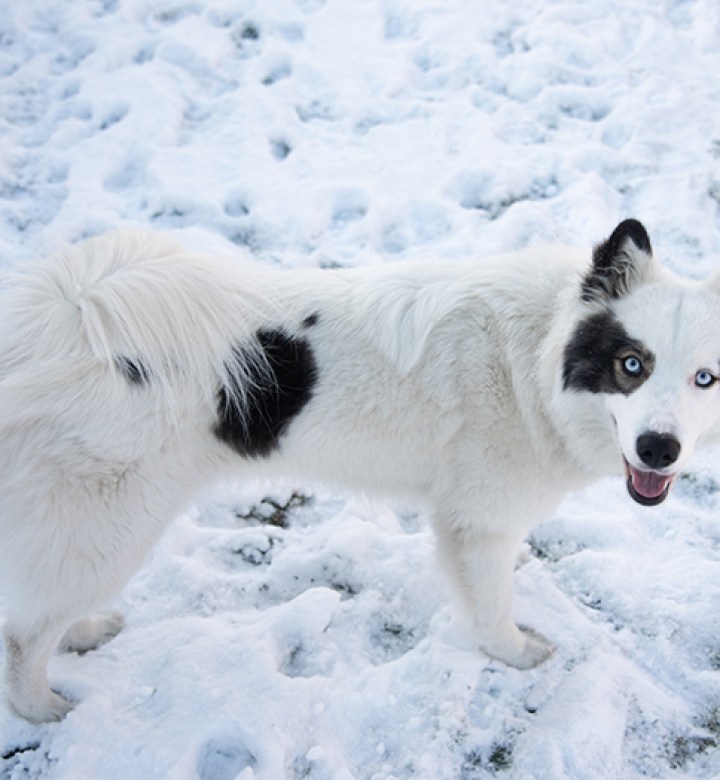 Yakutian Laika emerged thousands of years ago in the Republic of Sakha (also known as Yakutia) in northeastern Russia. These faithful dogs helped humans herd livestock, hunt game and pull sleds for transportation. Yakutian Laikas love kids and bond easily with family members, which make them loving creatures who are willing to protect diligently. They need plenty of exercise and early training.