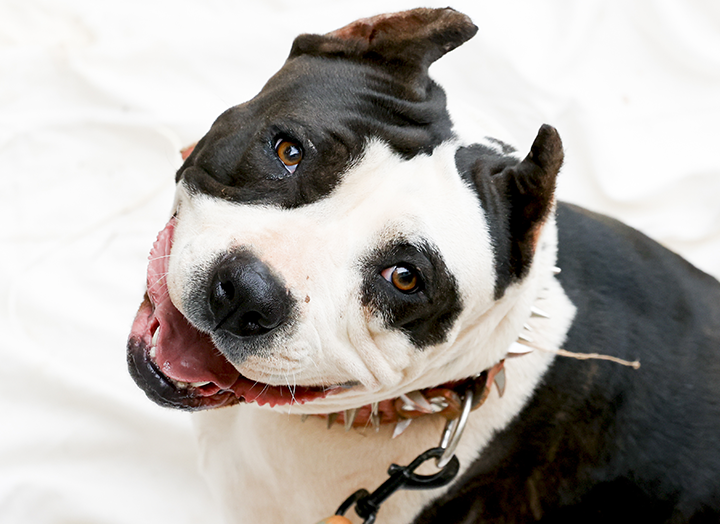 Like people, dogs come with all kinds of personality traits. Some are big cuddlers, while others want their space. Some are super outgoing and can make friends with practically anyone, while others need more time to warm up. There are, however, two specific breeds that tend to get misrepresented. Often labeled as “aggressive” they're not usually thought of as sweet or family friendly. So we called on Erin Askeland, CPDT-KA, CBCC-KA, Animal Health and Behavior Consultant at Camp Bow Wow, to give us the rundown on these canines and debunk the myth.

Which are the two most misunderstood dog breeds?

These pups, along with rottweilers, are often misunderstood because they tend to be bigger and more energetic than most dogs. “Both the rottweiler and pit bull breeds can be large, muscly, powerful and may appear to be intimidating through their body language,” says Askeland. “Often these dogs are depicted as villainous dogs in entertainment and in the media, which furthers their poor reputation and misconceptions.”

OK, but are they actually More aggressive?

When it comes to most dogs, it’s more about nurture than nature. Sure, they are dogs that are more protective than others. Some are stubborn, while others are better with kids. But no one breed has the monopoly on aggression, although larger dogs can cause more damage if they bite a person.

“Pit bulls and rottweilers can also be misused by people who either train them to appear aggressive or who don’t train them at all, which makes them seem unruly or scary to others,” states Askeland. “It’s important to understand that any dog is capable of biting or showing aggression when put in a situation that makes it fearful. Aggression is a term that is often used to describe a lot of different behaviors, not just biting/injury/damage that is showcased in the media. Some breeds can be more protective of their families, be less friendly with other animals, or be aloof with strangers, causing them to be labeled as aggressive. Energetic breeds such as rottweilers and pit bulls can appear unruly when not [given] enough exercise and mental stimulation.” In other words, don’t skip out on playing fetch and keep your routine stroll to the park consistent.

So, are pit bulls and rottweilers harder to train?

Energetic as they may be, pit bulls and rottweilers are just like any other dog when it comes to training: Just keep some treats handy, and they’ll be happy to show you who’s a good boy. “A training program utilizing reward-based methods and positive reinforcement will help pet parents build a great relationship with their dog,” explains Askeland. “A big part of this is about finding out what your dog loves and using that to help support the training process. Most rottweilers love to learn and are eager to please their families, making them fun and exciting to train. American pit bull terriers are generally people-pleasers as well.”

Still, like people, dogs are individuals. What’s true for most is not true for all and there are always exceptions to the rule. If you notice any concerning behaviors, Askeland urges you to address the issue immediately. “Don’t wait until the behavior gets worse before seeking help from a qualified professional,” she advises. “Every breed has its quirks and it’s important for dog owners to do research before bringing a dog into their family and determine what might be the best match for them.”

20 Affectionate Dog Breeds Because Puppy Love Is Just the Best