Stubborn dogs can be little stinkers. In dogs, stubborn typically means difficult to train. Breeds genetically predisposed to be independent, headstrong and highly active may exhibit stubborn traits. Some were bred to be hunters, so their high prey drive and scent-tracking instincts deter them from following commands. Others have spent centuries sitting in laps of luxury, preferring barking out orders to taking them. If you’re in the market for a dog who is easy to train and wants to learn quickly, avoid the breeds on this list. It’s not that these breeds aren’t trainable—quite the contrary. In fact, many dog trainers will tell you there’s no such thing as a stubborn dog; there are only ineffective training tactics. The dogs on this list are genuinely loyal and loving companions who simply require more finesse during training sessions (and beyond).

It’s easy to confuse stubbornness with other behaviors like aggression or hyperactivity. Stubborn dogs are not reactive or rambunctious. They actively choose not to follow commands. Being able to identify the cause of your dog’s resistance to training is the only way to improve her ability to learn.

Telling your dog to sit ten times in a row to no avail could mean she does not want to sit. It could also mean she is distracted by the environment or she doesn’t feel rewarded enough for following commands. Some canines, like Scottish Terriers, will get bored with training sessions if you don’t mix it up. Exploring a variety of training techniques or increasing the value of the rewards you use during training could yield better results.

Interestingly enough, trainability and aggression are two of the most inheritable traits among dogs, according to a 2019 study on canine genomes. This means a breed’s ability to learn, retain and perform commands is genetic. However, every dog (especially dogs with more than one breed’s genes) has a specific personality. Plus, these personalities change over time. Another 2019 study from Michigan State University found a dog’s personality not only morphs as she ages, it aligns with her owner’s personality more and more as time goes on.

If nothing else, this data reinforces how strongly humans bond with their pets. It also could mean you’ll have to adjust training tactics as you go (especially for the breeds on our list). 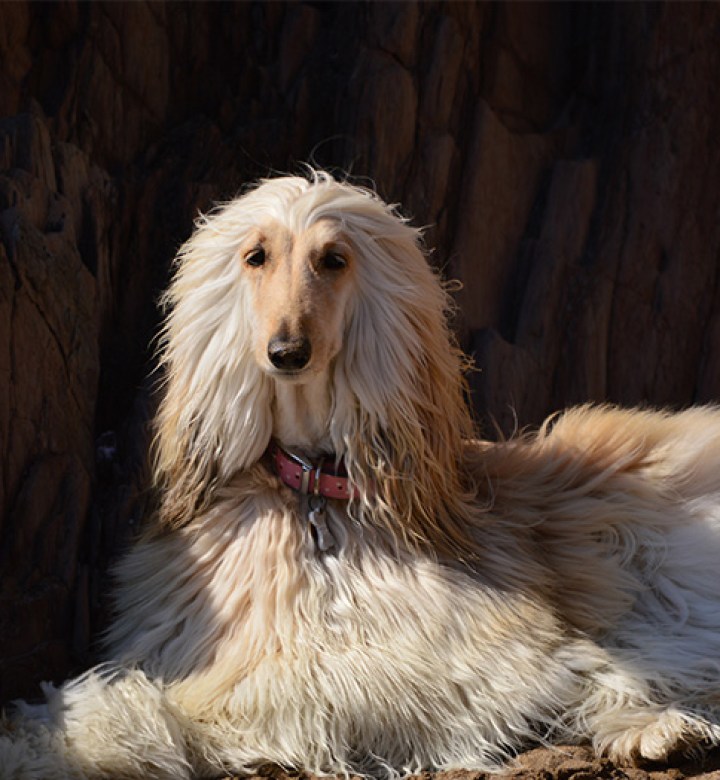 Afghan Hounds look like supermodels with their luxurious locks flowing in the wind. Get a little closer and you’ll find they are proud animals who value alone time. The American Kennel Club says these dogs are self-willed sweethearts who (surprisingly) have deeply rooted hunting instincts. Combine those urges with an aloof personality? Good luck training more than your basic commands. 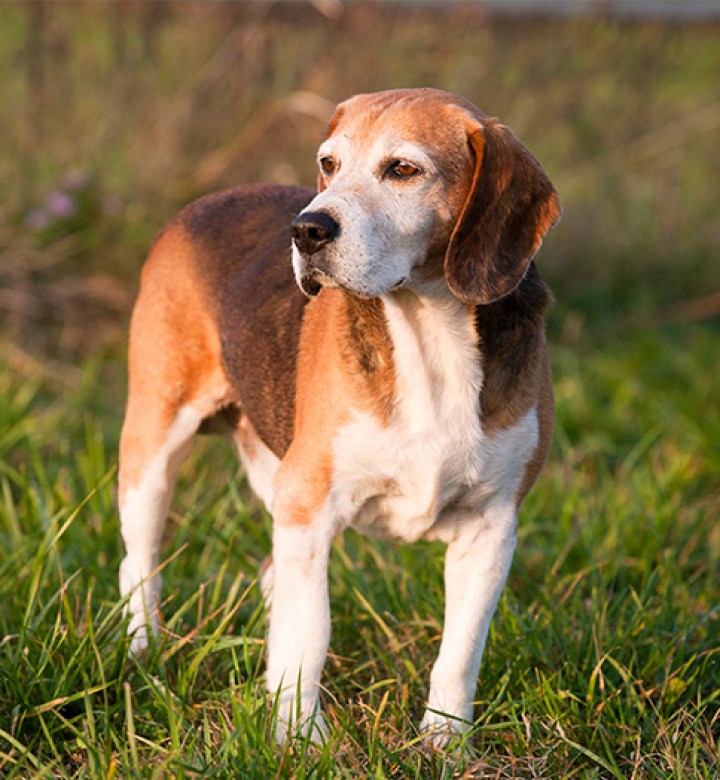 The American Foxhound loves playing with family members but can be reserved with strangers. Leaving them alone for long stretches could result in destruction or separation anxiety. Give them a job to do! If you can incorporate hunting or tracking into training, you’ll find it to be more enjoyable for all parties. Have patience, leash train early (they live and die by the scents their noses pick up) and get ready for a vocal pup. 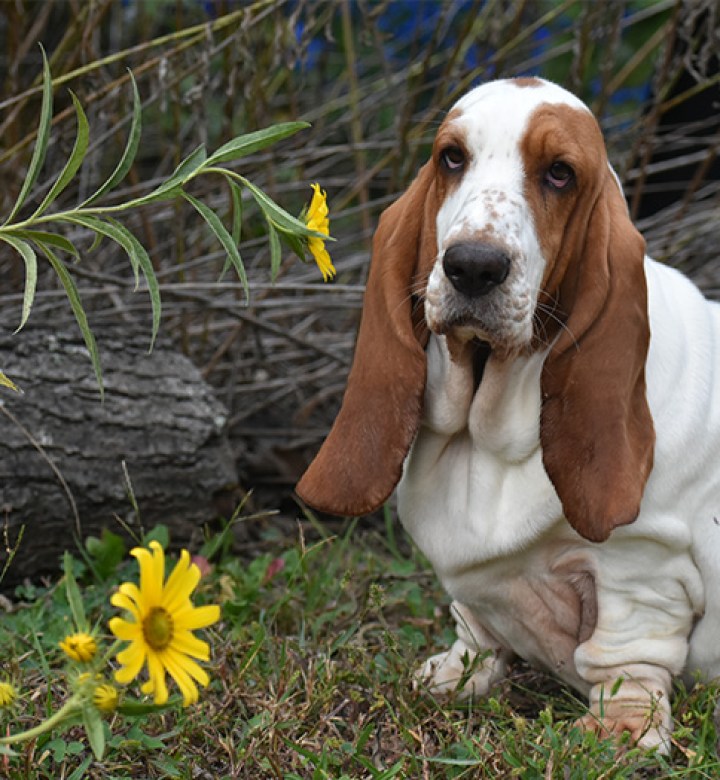 As one of the more easy-going breeds out there, Basset Hounds are remarkably intelligent and sweet. According to the Basset Hound Club of America, these dogs aren’t so much stubborn as they are clever. Bred in France as hunters, Bassets often find new methods to achieve their goals and won’t stop until they get their way. Relentless is a good word for a Basset begging for treats. 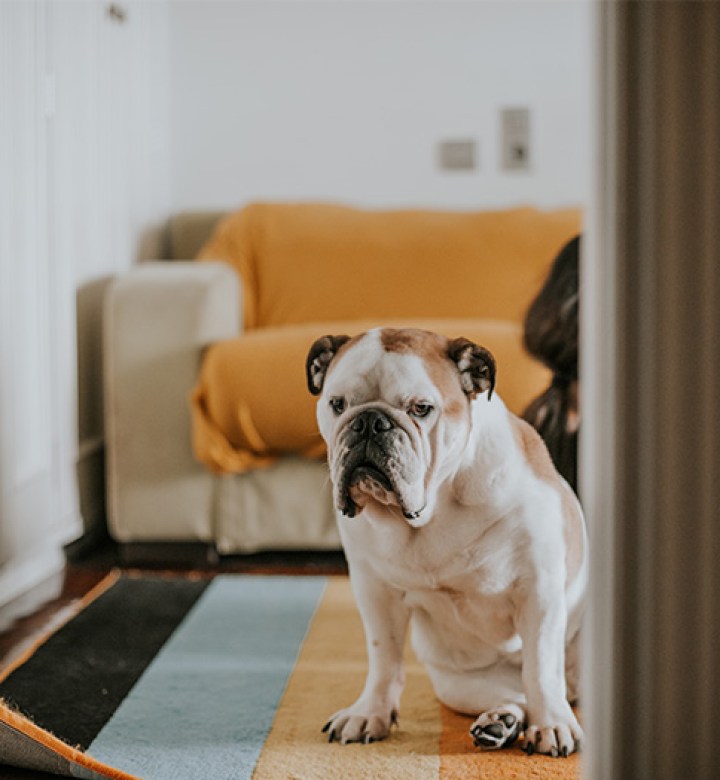 The Bulldog is a prime example of a breed with conflicting reputations. While Veterinarians.org, an organization that connects pet owners to independent veterinarians, says Bulldogs are “quite stubborn, tenacious and generally among the hardest [dogs] to train,” the American Kennel Club says they are eager to please their owners. On top of that, Courtney Briggs, the Head Trainer at Zoom Room Dog Training, says Bulldogs are great choices for first-time dog owners. These opposing views may just mean Bulldogs require firm, consistent training early on.

Hello, gentle giants! Bull Mastiffs are big dogs with big hearts. Also, big ideas. These dogs are headstrong and without proper training early on can wreak major havoc (because of their size and slobber). As soon as possible, establish household rules and steady routines to give your Bull Mastiff parameters. The American Bull Mastiff Association says anyone who is “wishy-washy” will have trouble corralling one of these canines. 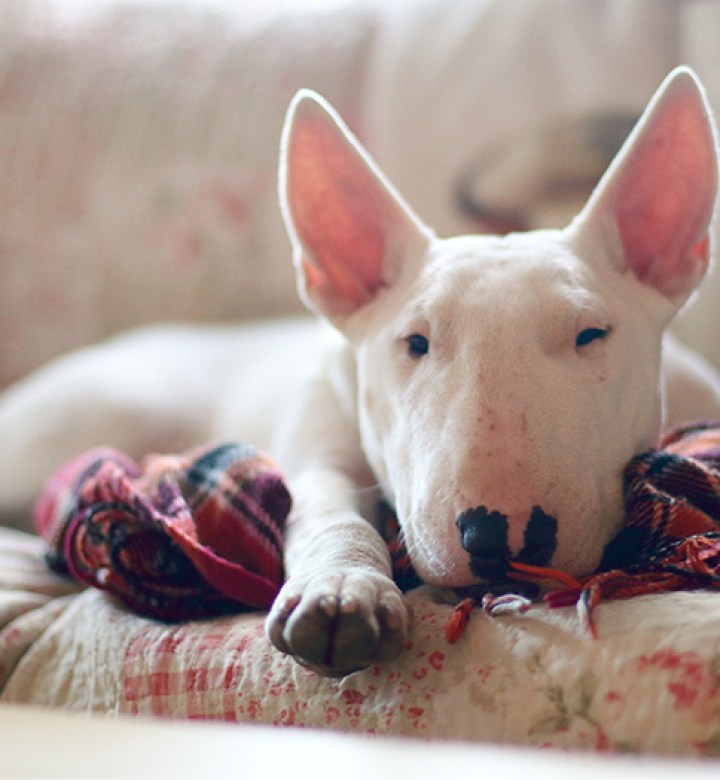 Like many terriers, Bull terriers have a tendency to chase anything that moves. They don’t tend to mesh well with other dogs, unfortunately, but they love playing with their people. Due to their energetic bodies and minds, Bull terriers excel at agility and rally events, according to the Bull Terrier Club of America. When in doubt, make training a fun activity. 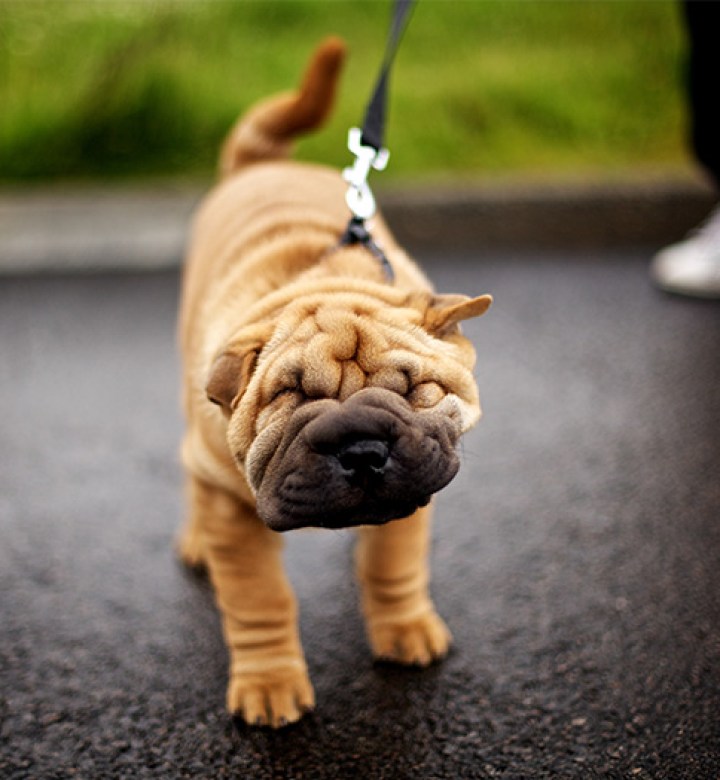 Chinese Shar-Peis tend to outsmart their humans and find new ways to play old tricks, a lot like Basset Hounds do. These are protective animals who aren’t afraid to let strangers know when to back off. No matter their attitude to others, they are loyal beyond belief to their families. Use positive reinforcement while training. (Also, Shar-Pei translates to “sand skin,” because their rough coats look like rolling sand dunes!) 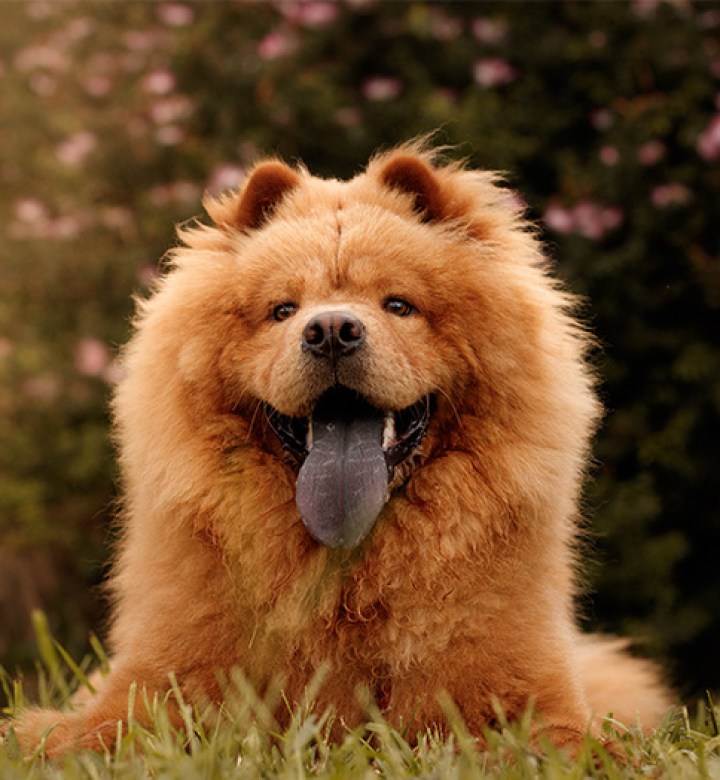 It’s rare to find a dog with a no-nonsense approach to life, but the Chow Chow definitely isn’t a goofball. These fluffy, possessive dogs are often compared to cats for their meticulous grooming skills. Similar to Afghan Hounds, Chow Chows need plenty of space. Again, building trust is key to successfully instilling commands in your Chow—as is consistency. 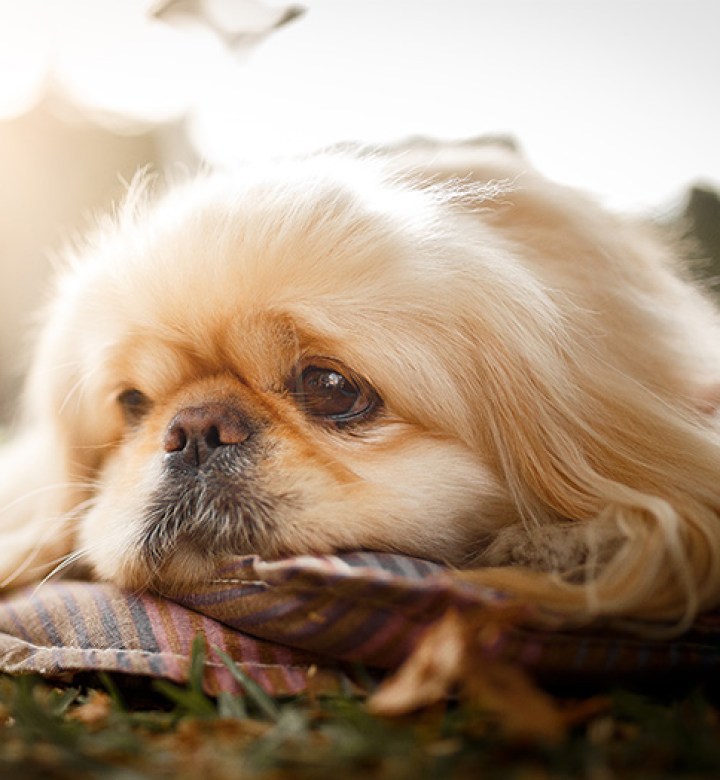 Touted as being “serenely independent” and “opinionated,” Pekingese pups aren’t exactly begging to learn commands. This toy breed prefers to be in charge. Pekingese see themselves as your equal, so they must respect you if you are to train them adequately. Whoever they pick as their favorite (and they will) should be in charge of training. 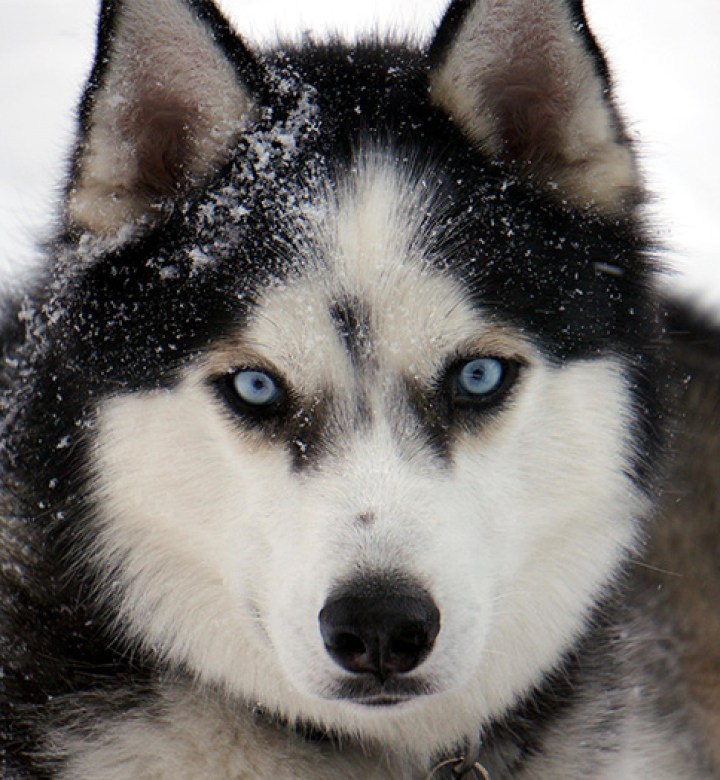 These lovable, playful sled dogs have independent spirits and are known for their aversion to training. While smart and friendly, all they really want to do is run, according to The Siberian Husky Club of America. They can also be easily distracted by small animals. Unsurprising for canines bred to be racing pack dogs.

5 Things to Stop Saying to Your Dog, According to Trainers & Vets

family
by Alexia Dellner
I’m a Family Editor and This Is the Only Birthday Present I'm Gifting This Year
family
by Dana Dickey
39 Gifts for Girlfriends They’ll Love (And Love You for Gifting on Valentine's Day)
family
by Emma Singer
Share the Drop Is an App That Connects Breast Milk Donors to Recipients in Real Time
family
by PureWow Editors
Want a Unique Name for Your Baby? Here are 20 Names No One Else in Your Kid's Class Will Have
family
by Sarah Ashley
Should I Get a Dog? 7 Questions to Ask Yourself Before Bringing Home a Pup
family
by Emma Singer
I Love My Kids, But I Hate Playing With Them