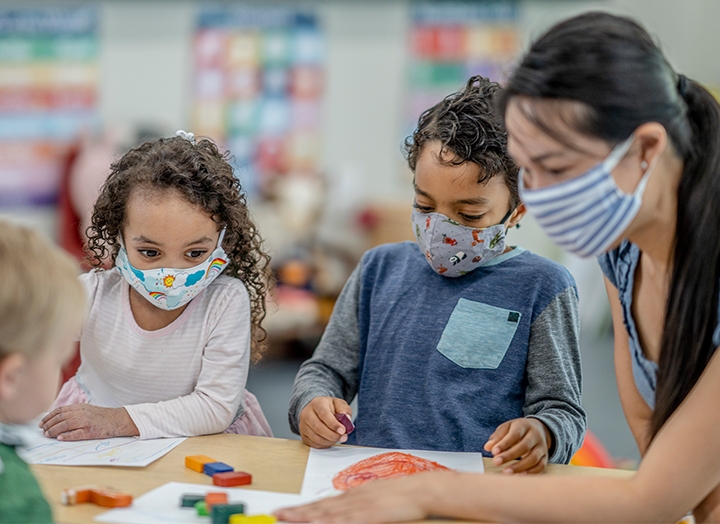 Who among us hasn’t sucked in a mouthful of mask while talking to the cashier at the grocery store? Now imagine being a teacher and having to instruct a classroom full of kids while wearing one for hours at a time. It’s challenging to say the least, which is why one teacher took to Facebook to share her trick for making face masks more comfortable: mask brackets.

Mask brackets are three-dimensional silicone support frames that are worn underneath your mask and keep the fabric off of your face so it’s easier to breath and talk without your words becoming muffled.

They’re becoming increasingly popular on Amazon with most retailing for under $20 for packs of three, five or ten, and thousands of rave reviews saying that they, “keep masks from collapsing onto [their] nostrils and mouths” and “minimize fogging of glasses."

One mom says her 5-year-old loves the bracket because “she doesn't have to feel the wetness of the mask, which grosses her out.” (Tbh, same.) 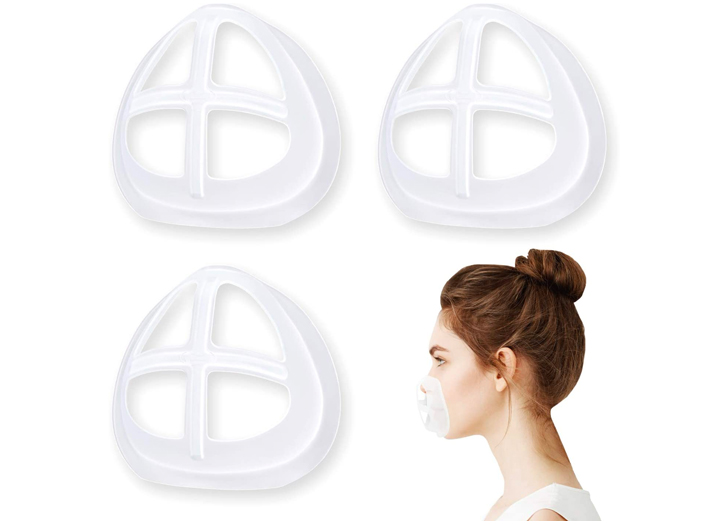 Comfort Aside, Are They Safe To Use?

Given that the brackets are still new to market, there isn’t enough data to determine that they make your mask more or less effective, but it’s better to err on the side of caution here and take the appropriate measures if you do decide to try a bracket.

The most important thing is fit. You want to make sure that the bracket doesn’t disrupt the seal of your mask and create any gaps around your nose, mouth and chin (which would make your mask less effective).

On that note, though some people are sewing the brackets into their masks, you’re better off using double-sided tape to secure the bracket instead, as it’s not advisable to poke any holes in the fabric. There are also brackets that come with clips that secure to the inner folds of your mask.

Bottom line: Face mask brackets can be a useful tool (especially for people who wear masks for longer periods of time) so long as you take the proper precautions when using them.

53 Face Masks That Are Stylish, Easy to Wear & Ready to Ship