In the early 2000s when I grew up, you could often find me sitting in my family’s living room directly in front of the TV. While I practically lived and breathed Spongebob SquarePants, there was one particular Nickelodeon live-action show that had young me in a literal chokehold: Zoey 101.

Watching Zoey 101 at the time had every Gen Z kid wanting to attend a school like PCA or own the latest Tek-Mate. And I would be lying if I said I wasn’t living for the day when Chase Matthews and Zoey Brooks would *finally* get together.

In the original show, Jamie Lynn Spears (the younger sister of Britney Spears) played Zoey, who transfers to Pacific Coast Academy—formerly an all-boys school—and starts living with two new roommates. During all four seasons, we got to watch Zoey navigate friendships, relationships and just live life as a teenage girl.

Even years after the series ended, I still found myself going back and rewatching the show whenever it came on television. Of course, I lived for the nostalgia. But in many ways, I loved the show more and more with subsequent viewings. So, when I heard that the original cast would be starring in a new reunion movie, a part of me got excited, but then I thought, “Wait, um, what…?”

News of the movie, which will star members of the main cast including Jamie Lynn Spears, spread like wildfire across the internet this month. The Paramount+ movie, Zoey 102, will center around the former friends coming back together to attend a wedding set in the present day, taking place 18 years after the show aired.

Now, if news of this film would have come out a number of years earlier, I would’ve been over the moon. I mean, come on. Being able to see all of my favorite characters reunite once again and having a chance to witness what they’ve been up to all of this time? Three words: Sign me up. But, after all the controversy surrounding the series and all the shocking allegations that have come out, my relationship with the show has changed. Now the series and the idea of a reunion just give me the iccckkk and I can’t shake the feeling. 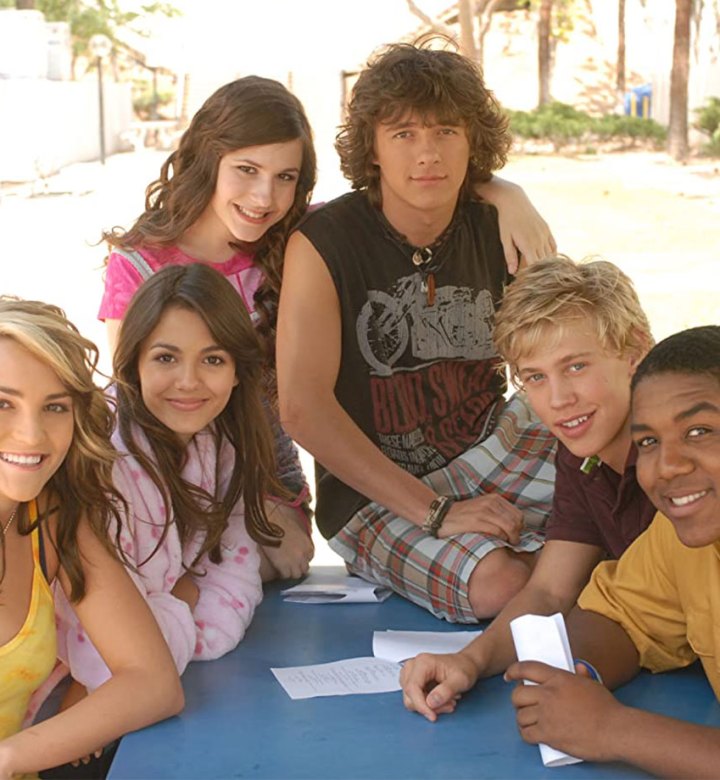 For one, knowing that Zoey 101 was created by Dan Schneider just says it all. From allegations of inappropriate behavior toward the young female stars in his shows to stories of misconduct on set (and please don’t even get me started on the whole feet situation…), the once-famed Nickelodeon producer has tainted the shows he was a part of.

It would be impossible to forget the devastating stories told by Alexa Nikolas, the young actress who played Nicole in the first two seasons of the show. Just a few years back, Nikolas publicly opened up about working with Schneider and went on to detail alleged verbal abuse she personally faced from the show’s star, Jamie Lynn Spears.

Back in August 2022, the former child actress candidly spoke out against Nickelodeon and even protested outside of the network’s headquarters with a sign, which read: “Nickelodeon didn’t protect me.”

I bring all of this up to say, kids like myself who have fond memories of watching Zoey 101 but who have since learned about its problematic history didn’t need (or ask for) this reunion movie. And beyond the allegations, if we are strictly talking about the film, it’s not even going to feel like a real reunion.

When the movie was first announced, it was also reported that some cast members would not be returning, such as Paul Butcher (Dustin Brooks), Victoria Justice (Lola) and Austin Butler (James). Now think about it, would it have really been a Friends reunion if everyone from the main cast didn’t return? Exactly.

I, for one, will have no choice but to skip the Zoey 101 reunion movie. With everything that has come out about the show, this is just one of the many reboots I could’ve lived without. (I mean, we didn’t really need that The Fairly Odds Parents live-action, but that’s a story for another day.)

The Best Nickelodeon Shows You Can Stream Now, from ‘Clarissa Explains It All’ to ‘Rugrats’