Who Is the New Black Panther? Marvel Fans Have Theories (But We’re Hoping It’s Angela Bassett)

We can all collectively agree that the Black Panther: Wakanda Forever trailer left our hearts full. As "No Woman No Cry" played (with a mix of Kendrick Lamar's "Alright"), we saw a mix of familiar and new characters take center stage. The video also did a beautiful job paying tribute to the late and great Chadwick Boseman, and while no one can ever replace his rendition of the beloved King T'Challa, we've all been waiting on what's next for the superhero legacy.

After his death, the movie had to undergo a few script versions, leaving us to wonder: Who is the new Black Panther? The trailer teased a glimpse of someone in the suit, but it's unclear who exactly is fighting against the antagonists. Of course, fans have a few theories (we're personally hoping it might be Angela Bassett herself), so we rounded up the best predictions on who can be the new Black Panther in the flick. 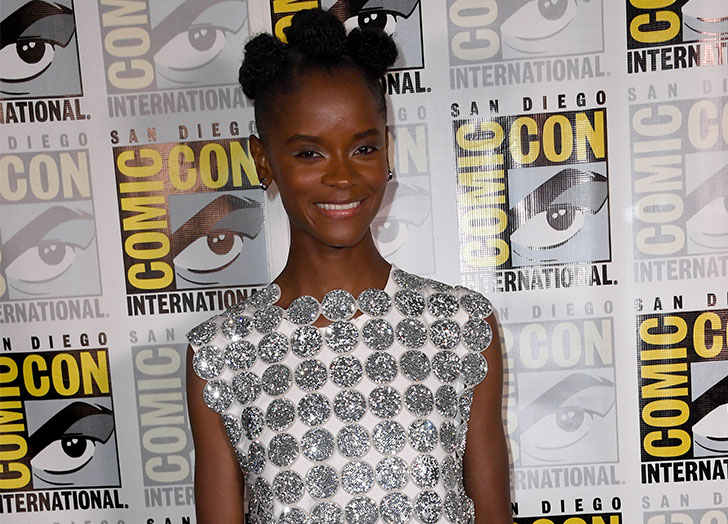 Shuri (played by Letitia Wright) has been the number one contender to take over her late brother's place. For one, she is the mastermind behind all the tech, including the suit that we saw her explain to T'Challa in the first flick. We also learned in Black Panther that while the throne (and mantle of the Black Panther) is earned, it's been passed down through the royal family already, so it only makes sense to give it to the next person in line.

"Shuri is loyal as hell to Wakanda and has played as much, or even a bigger role in protecting it than either Nakia or M'Baku. She literally creates all of their technology, but yet she isn't a "person in the chair" character and has suited up and fought all three times she's been in a battle (Black Panther, Infinity War and Endgame), and she played a huge role in not just defending Wakanda but the larger world in Infinity War and Endgame," explained a fan. 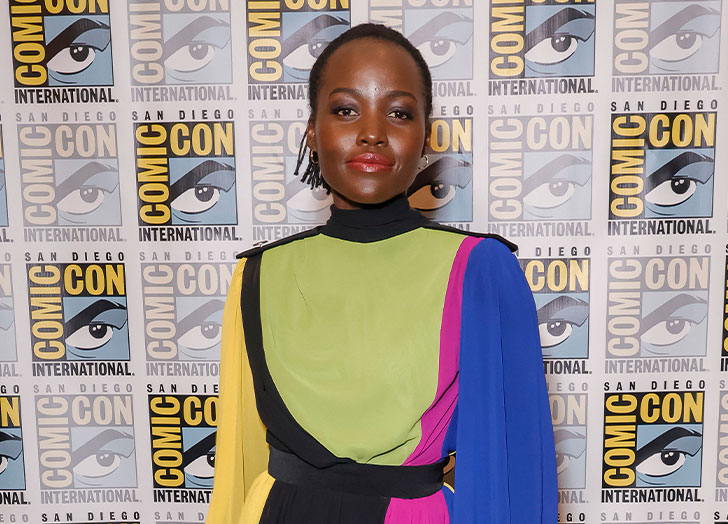 Another popular pick is Nakia (played by Lupita N'yongo). In the last film, we were left with a new couple in our wake, but with T'Challa gone, will she pay tribute to her partner by taking on the role?

The theories emerged after seeing N'yongo was the first person spotted in the trailer—plus everything we know about the character up until now. "She was the one that encouraged T'Challa to open up Wakanda to the rest of the world and to start helping people outside their nation, so it would actually make a lot of sense to have her lead Wakanda into the future. Maybe even have it that her and T'Challa married before whatever happened so she has a legitimate claim to the throne. This movie could also flesh out her character more and give Lupita the chance to show how much she has to offer the role," said one fan.

Another fan added, "She has the fighting skills, she loves and respects Wakanda and its traditions, while recognizing the need to help those outside Wakanda. Heck, the first time we see Nakia in Black Panther is her deep undercover to stop militants in Nigeria and T’Challa going to specifically get her for his rituals. Nakia had already turned down the heart shape herb in Black Panther, but I think she would recognize it’s what T’Challa would want and she is the right person to take up the mantle." 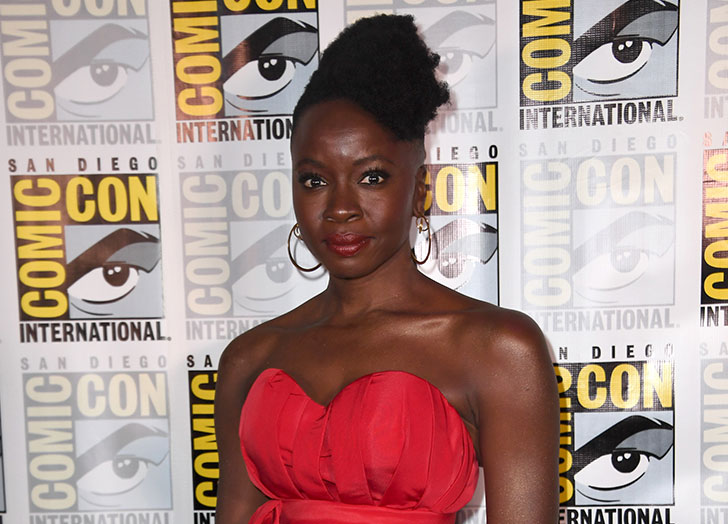 If anyone is accustomed to battle and fighting for Wakanda, it's Okoye (played by Danai Gurira). It's not out of left field to consider the head of the Dora Milaje to be the superhero the country needs to defeat the villains of the movie. She's proven time and time again that she will do whatever it takes to keep her people safe and many commenters agreed.

"She's the most qualified. She has no royal lineage and yet has faithfully served them. She fought alongside T'Challa. She has the greatest martial prowess of the three women and most importantly she has already proven herself as a leader," expressed one Redditor. 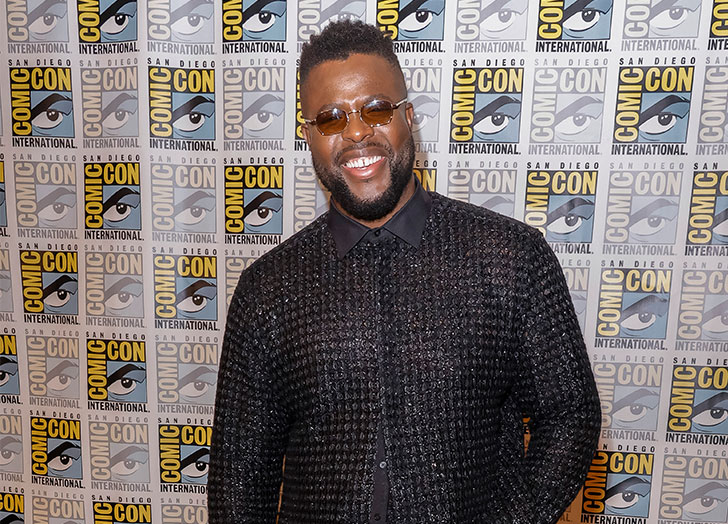 Based on the trailer, many fans are speculating that a woman is rocking the new Black Panther suit. However, it wouldn't be the first time Marvel tricked us with trailers by adding (or removing) characters that end up being something completely different in the final cut.

Hence why one Redditor won't be surprised if they swap out the person in the picture for someone with a bigger built—aka M'Baku (played by Winston Duke). "[It can] turn out Marvel pulls a bait and switch. They film a woman in the costume just for the trailer but it's M'Baku in the movie," theorized one commenter.

However, not everyone is on board with the idea and some believe it'll be completely out-of-character for him. "I hope it isn't M'Baku. One of his strengths as a character was his solidarity with his people, and how comfortable he was being part of his tribe and not part of Wakanda. Additionally, he doesn't worship Bast. It wouldn't make sense for him to become the Black Panther, even if his people have joined Wakanda and are supporting the royal family now," explained a Reddit fan. 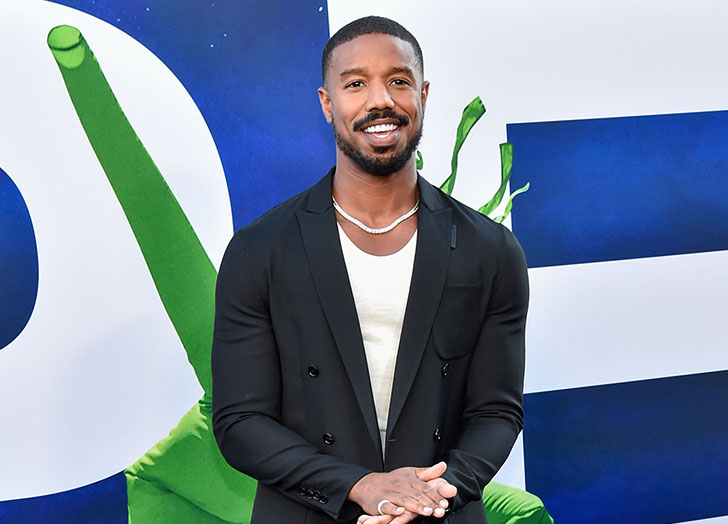 With Marvel announcing the next two phases and capping it as "The Multiverse Saga," many popular characters have returned in new ways (think: Pierto in Wandavision, Gamora in ﻿Avengers: Endgame and Peggy Carter in Doctor Strange and the Multiverse of Madness), so it wouldn't be farfetched to see Killmonger (played by Michael B. Jordan) make a big return to the franchise.

One fan found a hidden (possible) easter egg in the song selection that all points to Jordan surprising viewers: "In the trailer, the way that scene aligned with “And when I wake up” makes me think it could be Killmonger and that was teasing him coming back to life in some way."

Another fan also made a prediction how the anti-hero can be introduced in the sequel: "It would have been kick ass to basically have Killmonger die, arrive in the realm of the ancestors, and have a face-to-face with Bast. Have her say that his intentions were noble or something to that effect but his actions require retribution of some kind. Have her resurrect him, and force him to pay some kind of penance through his actions. I would love Bast to be a much more active, real presence in the BP movies. And I think having a literal goddess keeping him on the straight and narrow would be a good excuse of why Killmonger is now a 'good guy.'" 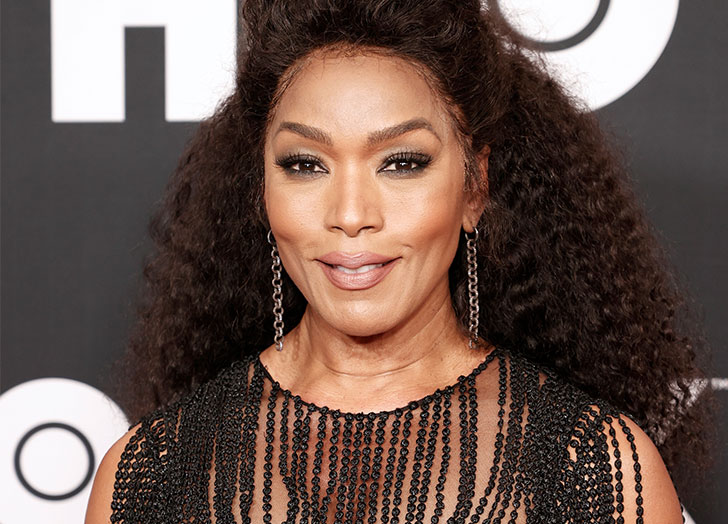 OK, this theory is a bit of a stretch, but after the Oscar-worthy performance in the trailer, we can't help but want Bassett to put on the suit. Plus, in Infinity War, we saw both T'Challa and Shuri were blipped, so who's to say she didn't take on the role to protect her country in the five years before the big battle?

"The trailer had so many MAAAAAJESTIC shots of her, and I believe the dialogue could lead to her motive. [She says,] 'I’m the queen of the most powerful nation in the world and my whole family is gone, have I not given everything already?.' Momma wants to fight after losing her husband and son, and the kingdom tries to advise against it," explained a commenter.

But whether theories above are proven wrong or correct, one fan had a good idea that could put all our picks front and center in the sequel: "I wouldn't mind Shuri synthesizing the herb and trying to give it to a lot of people on the theory that we're going to need all the firepower we can get. M'Baku would bail because he's a traditionalist. But Shuri, Okoye and Nakia take the herb together, each have their ancestral plane moments, and we get three variations on the suit and three black panthers. Aneka and Ayo swipe some too and wind up the antagonists in BP3."

Until then, we'll just keep looking for new theories and wait for the highly-anticipated film to hit theaters in November.