Sure, We Loved ‘Gone Girl,’ But Netflix’s ‘The Weekend Away’ Feels Like Another Stale Copy﻿

Did you like The Girl on the Train? Love Gone Girl? We sure did. As did almost anyone who read those hugely successful novels or watched the star-studded film adaptations that followed. For years, we've seen new books and movies try to replicate the success of those massive thrillers. But, unfortunately, as time passed and the structure of these mysteries was repeated time and time again, the recipe that once felt fresh now feels completely stale.

Thus, we have The Weekend Away, the newest release from Netflix that follows on the heels of The Girl on the Train, A Simple Favor, The Woman in the Window and so many more. If you thought movies of this ilk had been squeezed for everything they had, well—you'd be right. However, it seems the creators of The Weekend Away decided to pinch a few more drops from the mashed-up peel.

Netflix's choice to release this movie is even more intriguing, given that only a couple months back, the streaming juggernaut dropped a Kristen Bell-led TV series jokingly titled The Woman in the House Across the Street from the Girl in the Window, which spoofed movies of this fabric. (Even as a joke though, critics were simply tired of it.)

Now, Netflix has recruited ﻿Gossip Girl's Leighton Meester for another murder mystery with familiar ingredients: a spotty night thanks to drinking, a woman gone missing and the protagonist wrongly accused, shady acquaintances and even shadier husbands. As all this goes down, the actress formerly known as Blair Waldorf puts on a heck of a performance, but she can't save this film from being predictable and underwhelming. Keep reading for our full review. 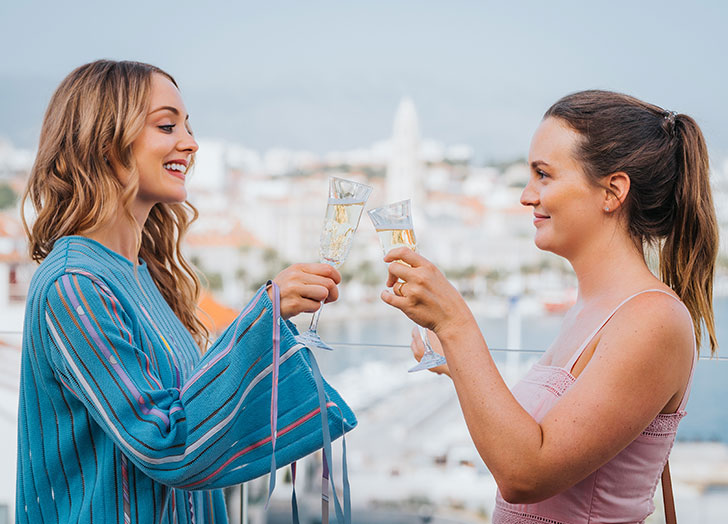 ﻿The Weekend Away ﻿sees Meester as Beth, a London-based new mother who is dealing with complacency in her marriage, self-consciousness about her appearance and a hesitancy to party too hard or spend money like she did when she was younger. Beth's problems are all too relatable, and when she embarks on a weekend getaway to Croatia with her best friend, Kate (Christina Wolfe), the film perfectly sets these characters up for trouble by placing them in a country that is unfamiliar to them, where the native language is one they don't speak.

However, while the Mediterranean backdrop is a breath of fresh air compared to the suburban claustrophobia of similar movies of this genre, that is where the differences stop. 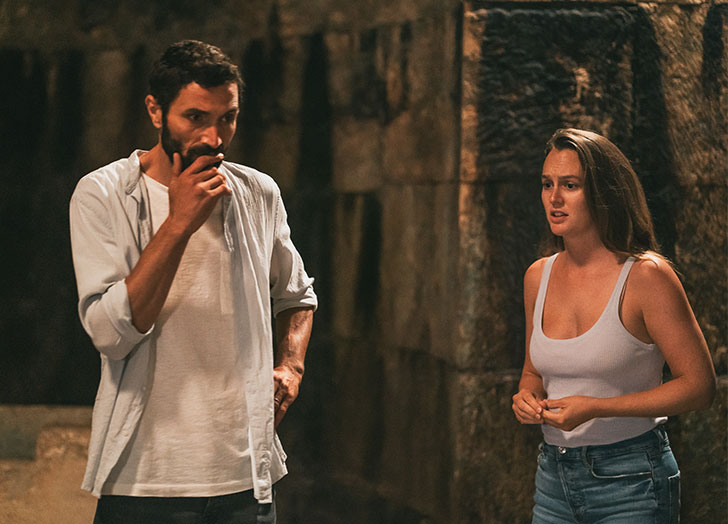 From this point on, The Weekend Away plays out how you'd expect. When Kate goes missing, Beth immediately begins to investigate, thanks to a drunken night she doesn't remember and an encounter with two suspicious men they met at a bar. And when Beth turns to the Croatian police, she is met by a male officer who dismisses her concern.

One of the most frustrating aspects of The Weekend Away is how it only touches on issues that need to be explored more deeply. When Beth is convinced that she was drugged by the men at the bar, the police doubt her story (even though it turns out to be true). When the male police officer ignores protocol and bribes Beth's landlord to collect information, his actions are never questioned until the very end (even though he has a criminal record himself). And racism is at play when a Syrian refugee named Zain (Ziad Bakri) is immediately marked as dangerous and linked to a human trafficking group, even though he is the only one who is willing to help Beth and hear her story (and he is proven to be innocent all along).

These issues are brushed by and they're merely used as crutches to advance a story we've seen a thousand times, even though they could provide a much more nuanced plot. 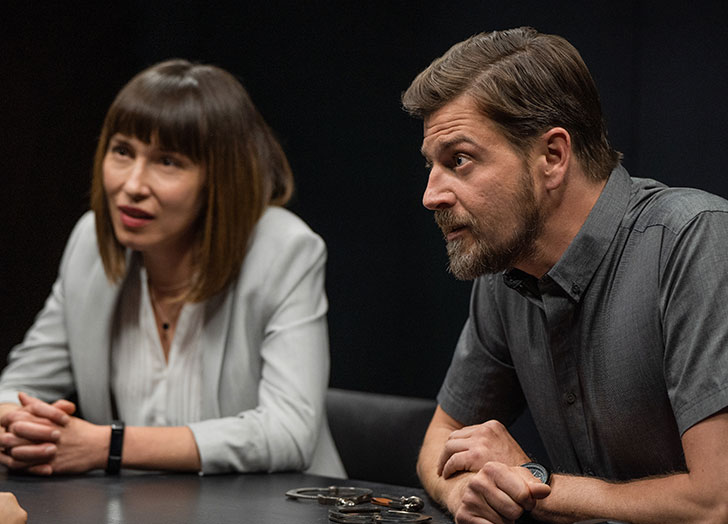 As previously stated, Meester shines in this role, and she perfectly sells the part of a stressed, confused young mother, even for those who only know her for playing a spoiled, manipulative teenager. The rest of the cast supports her well, with solid performances from Wolfe (even though she has very limited screen time), Bakri and her husband Rob, played by ﻿Poldark﻿'s Luke Norris.

But in addition to repeating oft-told tropes, The Weekend Away really does feel like a weekend vacation in that it goes by more quickly than you want it to. Each surprising twist seems to fall at the drop of a hat and there's little room for suspense. If the movie was perhaps a bit longer or the pacing was handled differently, there might've been room to explore the challenging topics more deeply and leave the viewer more on-edge. It makes sense this movie is based on a book (its author, Sarah Alderson, also wrote the screenplay) because the book probably offers more space for character development and tension.

Instead, all the (to be honest, quite expected) twists aren't given time to be shocking. We are shown little of Beth and Kate's friendship and Beth and Rob's marriage, so it feels hard to care or understand the history behind these relationships. However, Alderson does manage to fit in a double twist, which sadly, still feels predictable after the recent release of thrillers like Behind Her Eyes and The Invisible Man, both of which closed with two successive twists. 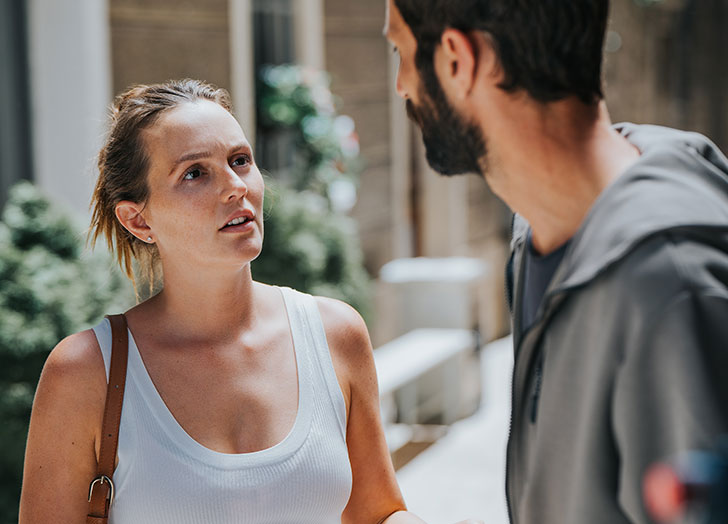 Disappointingly, The Weekend Away is a very middle-of-the-road thriller that doesn't use its arresting lead to its advantage. Instead of acting as a cinematic getaway, the movie feels like a winding rehash of every psychological thriller of the past ten years. Yes, we did love Gone Girl and The Girl on the Train. But after years of copycats, we'd love something new even more.

I Can’t Stand Dating Shows, But I’m Obsessed with ‘Single’s Inferno’ on Netflix