"It speaks volumes about people, and folks our age. And I don’t think it's going to be forgotten." –Judd Winick, The Real World: Reunion, 1995

There’s a throwaway scene, after the credits roll at the tail-end of a drama-rich episode of The Real World: Seattle (the one when David bellows his love for a casting director named Kira). This seconds-long clip only stands out with 24 years of hindsight. In it, we watch roommates Rebecca and Lindsay, hanging out in a ski lodge after snowboarding for the first time, and convincing a group of random snow-bros that Rebecca is a world-famous, corporate-sponsored, pro snowboarder. The girls commit to the lie so effortlessly that one of the guys soon says, “Yeah! I’ve read, actually in the catalog, you had a little blurb in there, about mantras…?” “Yeah,” Rebecca replies coolly. “It’s all about energy…Kama Sutra.” That’s exactly the kind of ridiculousness my friends and I would have pulled in the late ‘90s. And it would be totally impossible today. The jig would be up the minute anyone Googled you. Sunrise, sunset. 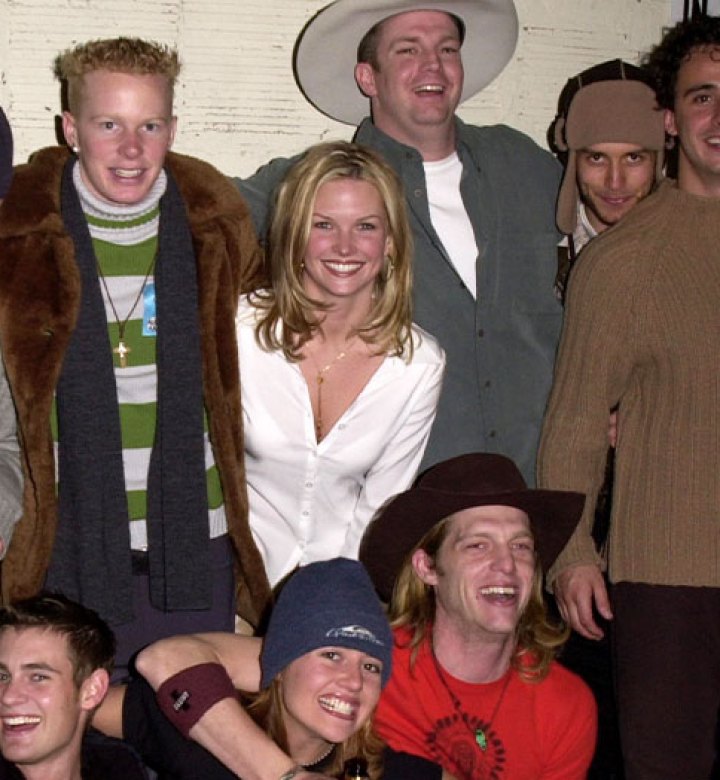 Nowadays, lying to strangers for fun is called “catfishing” and apparently, it’s frowned upon. But this was 1998 (yes, 25 years ago). And among the many mind-bending vestiges of this bygone era that smack you in the face when you rewatch The Real World as a grown-up—besides the shameless, incessant smoking and the razor-thin eyebrows—is the total absence of iPhones. In every episode of the pre-Y2K Real World, cast members talk shit about each other, or scream at their long-distance lovers, from the communal living room landline. Seven twenty-somethings collectively ignore their one computer but nearly come to blows over call-waiting etiquette.

Looking back at the first season of The Real World (key words: Eric Nies), James Poniewozik writes in the New York Times, “Forty ‘Survivor’ seasons, umpteen Bravo franchises and one ‘Apprentice’ host’s presidency later, reality TV is part of the atmosphere: It is entertainment genre and lifestyle, career path and political philosophy. But when the original ‘Real World’ housemates piled into their SoHo loft—accessorized, winkingly, with a giant aquarium—they were like the first astronaut crew boarding a capsule.” 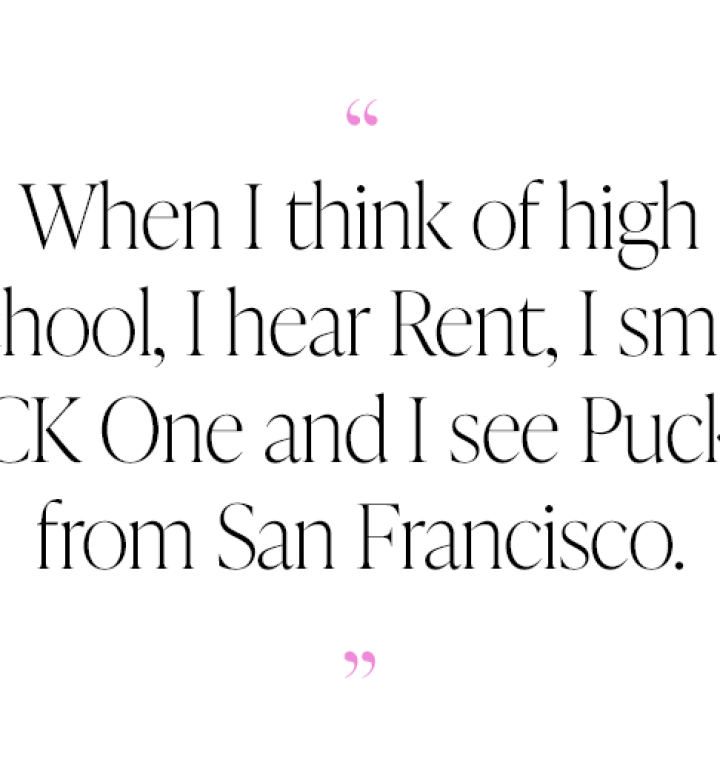 When The Real World debuted on May 21, 1992, I was in 7th grade. Over the next eight years, the show became the pop culture bedrock of my coming of age. When I think of high school, I hear Rent, I smell CK One and I see Puck from San Francisco. “Most viewers of this series will find themselves caring more than they expected,” wrote Times TV critic John J. O’Connor in July of ‘92. And care I did. By 21, I was living in New York City and working at MTV.

Non-superfans need to understand: This show was legitimately groundbreaking. It featured one of the first nationally televised gay weddings—that of San Francisco’s Pedro Zamora, who personalized the AIDS crisis and died at 22, hours after his season’s finale aired, prompting a eulogy from the President. Pedro’s commitment ceremony was lovingly attended by his roommate Rachel Campos—now Rachel Campos-Duffy, mother of nine, host of Fox & Friends Weekend. Back then she was a recent Arizona State grad with enviable hair and even better flannel. She was outspoken about her Conservative beliefs, but nevertheless formed tight friendships with her castmates, including self-described “bedwetting liberal,” Long Island cartoonist Judd Winick. In today’s politically polarized climate, such harmony feels almost unimaginable. 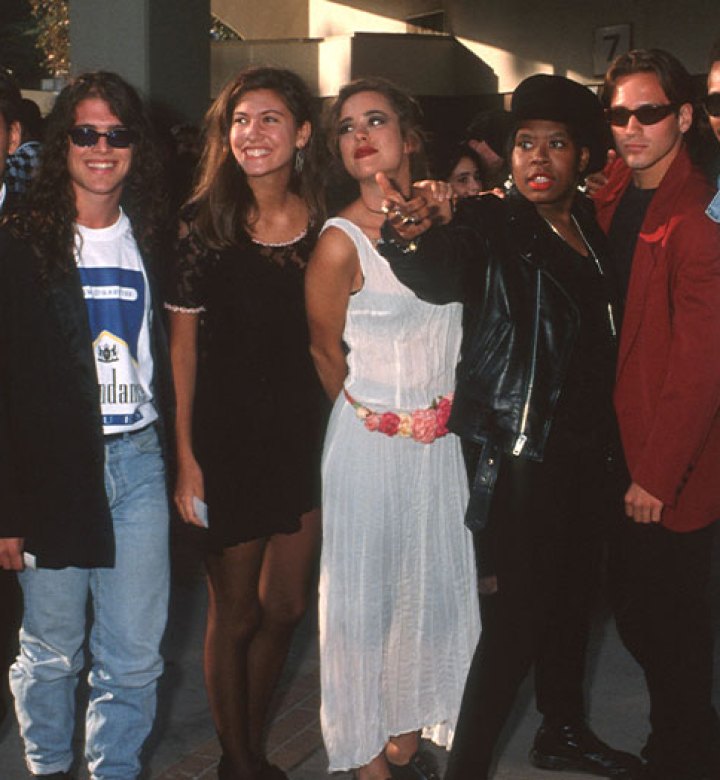 The show was ahead of its time. Explosive conflicts over racial privilege (Kevin and Julie, season one), a was-it-or-wasn’t-it sexual assault (“The blanket incident,” season two), a cast member making the agonizing decision to terminate a pregnancy only to face the disapproval of a man in a ten gallon hat (Tami and Jon, Los Angeles). The scenarios feel as urgent now—more so—as they did three decades ago. How far have we not come?

In other ways, the show feels shamefully outdated. There is a disturbing throughline of unchecked homophobia snaking in and out of the ‘90s episodes. Elka (Boston, 1997) is astounded that her roommate Genesis is “a lipstick lesbian.” Seattle’s Irene (reportedly suffering the psychological effects of Lyme Disease) cruelly outs her roommate Stephen, who responds by slapping her in the face as she is driven away from the house for good. It is as hideous to watch now as it was then. But it’s also fortunately unthinkable that most kids today would react this way—or any way—to having a gay roommate.

The Real World’s true appeal was that it was as painfully awkward as adolescence itself. The comfort was always in the mundane. The languid, pajama-clad conversations as everyone piles into the same bed. The arguments about dishes. The Costco runs. These kids were so much more affectionate with each other (I’m looking at you, Cory from San Francisco) than I ever dared to be with my fellow teens. They were forever wrestling and petting and cuddling each other as Dave Matthews chords plinked in the background. For the viewer, it was intimacy at a safe remove, punctuated, for interest, by bursts of shocking violence (see: Neil’s tongue getting bitten off at a concert; London, 1995). Season after season, within the first 20 minutes, seven strangers would reliably become each other's best friends or frenemies, and so they became ours too. I inhaled them all because teenage-hood—even pre-Internet, pre-pandemic, pre the Surgeon General of the United States declaring a national emergency in child and adolescent mental health—is a profoundly lonely time. True story. 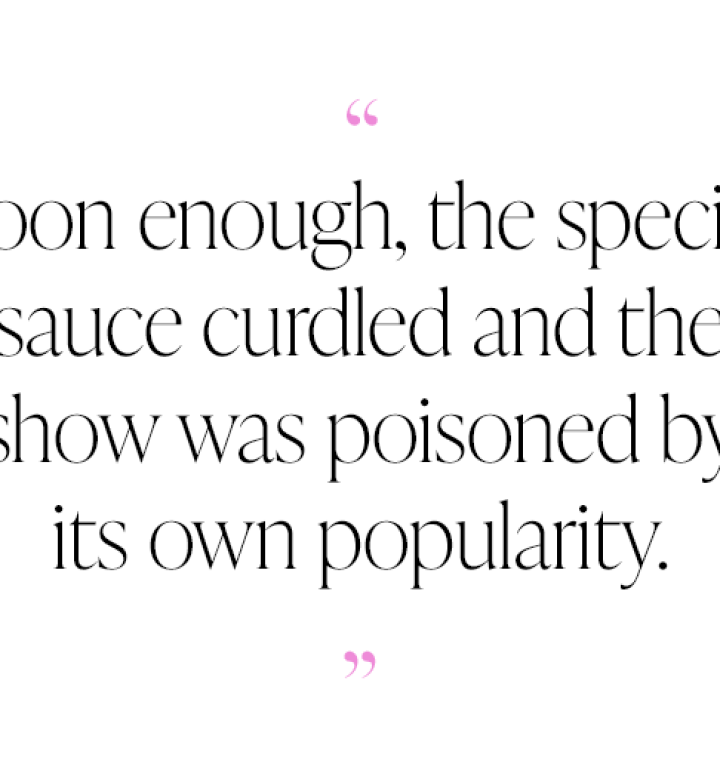 As the ‘90s wore on, the production side resorted to gimmicks to incite action. By season 5 (Miami, 1996) the roommates are given $50K to start a business, and the formula shifts. In Seattle (1998), they all work together at a radio station. There are trips to Mt. Everest and elephant rides in India (Hawaii, 1999). It was no longer enough to film young people going about their lives in the fishbowl. Now the idea was to establish those lives for them and document the result. Soon enough, the special sauce curdled and the show was poisoned by its own popularity.

By Y2K, college kids didn’t audition to get real, but to get famous. It had become such a juggernaut that sacrificing your anonymity for MTV wasn't a byproduct of the experience, but the whole entire goal of it. Enter The Simple Life, the holy trinity photo on the cover of Us Weekly, The Hills, Perez Hilton drawing digital genitals on red carpet photos. Maybe the moment The Real World jumped the shark was when Kelley from New Orleans (2000) married Scott Wolf from Party of Five.

By 2001, I had left MTV for a different job, blocks away from their headquarters at 1515 Broadway. I must have passed the crowds outside TRL on my way into work on September 11. It's hard to say whose innocence was lost after that. Mine? Gen X’s? America's? I did know that watching Trishelle get wasted in a Las Vegas hot tub wasn't going to bring it back. My nostalgia cuts out at this point. Julie’s imperfect skin in bad lighting in a Prince Street loft has been replaced by the total Kardashification of our culture. The confessional is now the caption box. We’ve become our own cameramen. 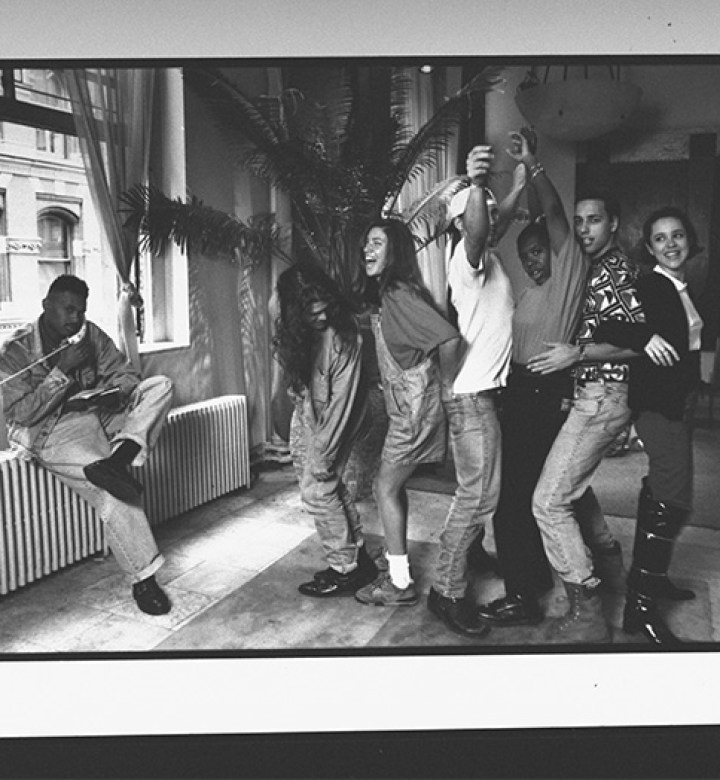 “I doubt anything like my season of the Real World in San Francisco could ever be made in today’s woke cancel culture,” Rachel Campos-Duffy recently told The Wrap. “When you shame and punish people socially and professionally just for having a different point of view, you get a lot of self-censorship and fake virtue signaling. Conversations are stilted and not genuine. That’s what the tyranny of wokeism does.” (The original “magic” is certainly neither present nor possible decades later in The Real World Homecoming, currently languishing on Paramount+.)

I would argue it is not the “tyranny of wokeism” that killed The Real World. It’s simply that kids today are too adept at editing and spinning their own stories to need or allow someone else to do it for them. In Campos-Duffy’s season, she admits to worrying she could get infected with AIDS if she shares a bathroom with Pedro Zamora. Later, they go out for a meal together, and are civil but it’s clear they’ll never be close. It’s uncomfortable but it is authentic. It does showcase a certain rawness, or honesty that no longer exists. But not because “woke” kids are afraid to be vulnerable or speak their truth. It’s just that we’re no longer living our lives ignoring the cameras. We’re willingly turning them on ourselves, all the time. So much of reality itself has become a performance. We’re not trying to forget we’re being watched. We just assume we always are. What happens when people stop being polite? I’m not sure we ever started. But—thanks in large part to The Real World itself—none of us, in proximity to a lens, can ever be real that way again.