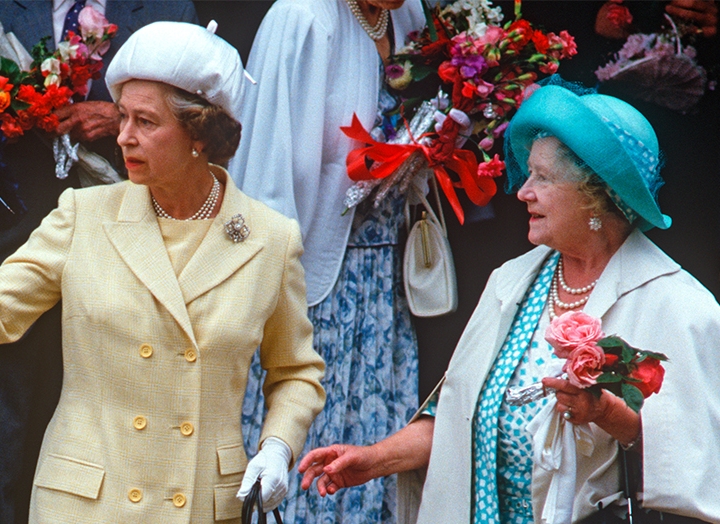 When it comes to the members of Queen Elizabeth’s family, we consider ourselves well-versed. We can list her four children (from oldest to youngest), name eight of her grandchildren and even list all 11 of her great-grandkids. However, when it comes to her parents, we’re not quite as knowledgeable. We know her father was King George VI, but what about Queen Elizabeth’s mother? Turns out, there’s a lot we didn’t know about the Queen Mother.

Elizabeth Angela Marguerite Bowes-Lyon was born on August 4, 1900. She was the fourth daughter of the Earl and Countess of Strathmore and Kinghorne. Per the royal family’s official website, Elizabeth spent the majority of her early childhood at her parent’s country home in Hertfordshire and was homeschooled until the age of 10. She officially became Lady Elizabeth Bowes-Lyon at four years old, when her father inherited his Earldom.

Lady Elizabeth grew up spending a ton of time with King George V’s children and announced her engagement to the monarch’s second son, Prince Albert Frederick Arthur George, in 1923. She and the Duke of York tied the knot at Westminster Abbey on April 26 that same year.

Even after George’s passing, the Queen Mother continued her royal duties (which, per the website, included over 40 official visits abroad) for the new monarch, her daughter Queen Elizabeth II.

Unfortunately, Elizabeth died on March 30, 2002. But her memory continues to live on.