Bibliophiles are bound to catch wind of Peacock’s all-new series, One of Us Is Lying, which is based on Karen M. McManus’s best-selling book. The show is kind of like a cross between Pretty Little Liars and Gossip Girl because it follows a group of teenagers, who are haunted by a gossip website that exposes their every move. The main difference is the website’s creator slash author, Simon Kelleher (Mark McKenna), doesn’t make his identity a secret. Oh, and it’s actually must-watch TV unlike the Gossip Girl reboot, which left several boxes unchecked. 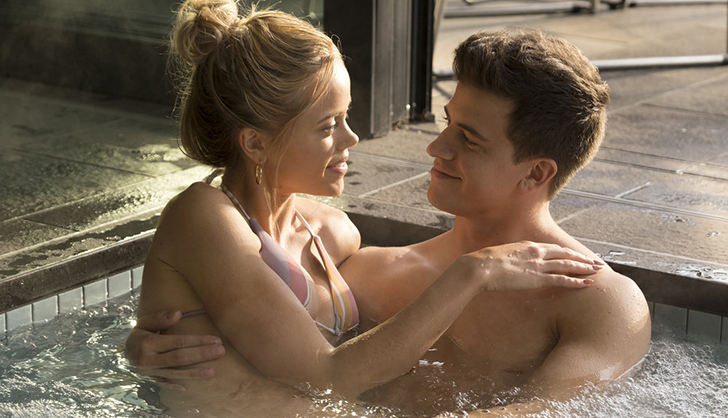 One of Us Is Lying centers around a group of five high school students, who have only one thing in common: They all get detention on the first day. This includes brainiac Bronwyn Rojas (Marianly Tejada), bad boy Nate Macauley (Cooper van Grootel), popular cheerleader Addy Prentiss (Annalisa Cochrane), jock Cooper Clay (Chibuikem Uche) and outsider Simon Kelleher, who is the show’s narrator.

It’s important to note that some of the students, like Bronwyn, claim they’re in detention by mistake. (FYI: She receives a citation after a cellphone goes off in class. Although it comes from her backpack, she says it doesn’t belong to her.)

Things take a terrifying turn when the proctor dismisses herself, leaving the five students alone in detention. At one point, Simon drinks a cup of water and begins gasping for air and grabbing his throat before asking the other students to fetch his EpiPen, which can counteract an allergic reaction. The problem? It’s MIA from his bag, and he’s deathly allergic to peanuts. Even worse? All the EpiPens are missing from the nurse’s office, too.

When the police investigate the fatal—yes, fatal—incident, they discover that Simon’s cup was mysteriously coated in peanut oil, which can only mean one thing: Someone in that room killed him. The question is… Who is lying? 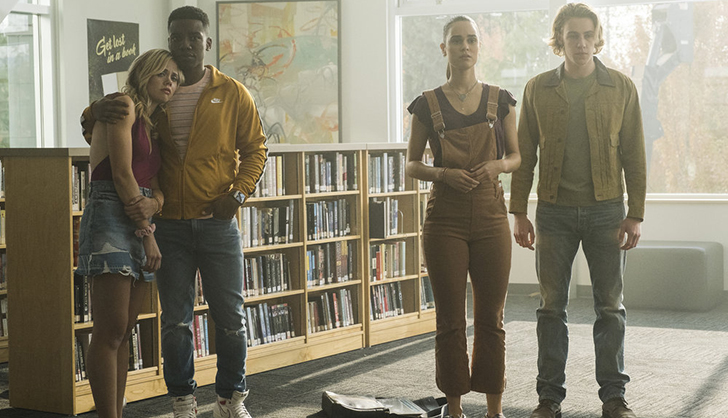 So, how is One of Us Is Lying different than GG? Let’s dive in.

The acting is realistic. You know how the teachers in Gossip Girl are so over the top, their actions are often unbelievable? Well, that’s not the case in One of Us Is Lying, which keeps the cheesy acting to a minimum.

Every character has a purpose. This seems like a given, but the same can’t be said about Gossip Girl (which introduced a sister rivalry and then abandoned that story line after a few episodes).

There’s sex. Lots of it. One element that GG is lacking is intimacy, which is understandable when catering to a young audience. However, One of Us Is Lying doesn’t hold back on sexual references, making it more fun for older audiences who might be skeptical about watching a show about teens.

It actually does the source material justice. The GG reboot was so different than the original, it seemed more like a (less successful) spinoff than a revival. But fans of One of Us Is Lying are bound to be pleased with how Peacock is bringing the story to life. Not only does it dive into character development (just like the book), but it also offers a similar dose of mystery.

In short, One of Us Is Lying is a delightful surprise. It exceeds expectations (after only a single episode) and brings just enough mystery to leave viewers wanting more.