Looking for true crime content that doesn’t require you sitting through endless hours of courtroom trials and dry expert testimony? Well, Quibi might have just the thing.

Introducing Murder Unboxed, the mobile-first streamer’s latest true crime documentary series that does a quick dive into a handful of real-life murder cases by unboxing real evidence. And while this was the first we heard of the series, we've already got first-look pics and a trailer (!). But what is the show about? And when will it be released? And will you even be able to watch now that Quibi is shutting down? Keep reading for everything you need to know. 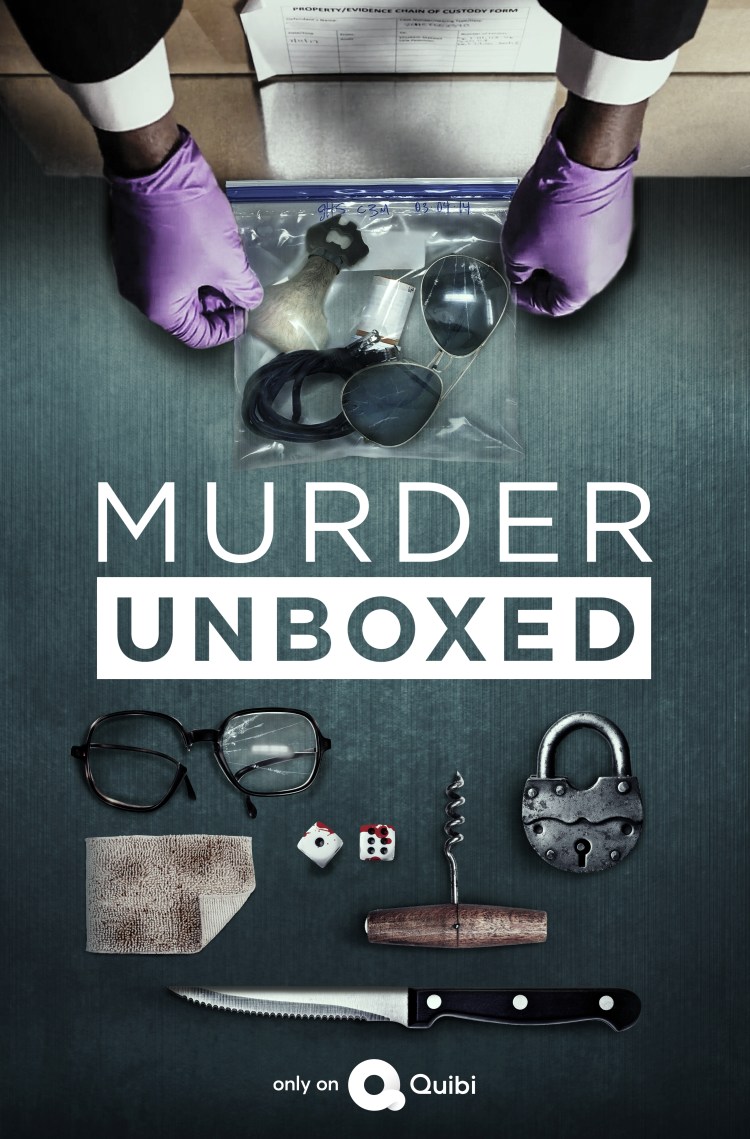 1. What is ‘Murder Unboxed’ About?

Basically, Quibi's Murder Unboxed follows eight real-life murder cases each presented through random items of evidence (think a bottle of brandy, a hacksaw and a Playboy magazine) that are crucial to the story. The series mimics the style of popular online “unboxing” videos by dusting off boxes of evidence from “outlandish” cases. The coolest part? All of the pieces of evidence in each box are from the actual cases.

The official synopsis reads: “What do a bottle of brandy, a toaster, a pile of cash, and a Bourne Supremacy DVD have to do with murder? Quibi’s new true-crime series, Murder Unboxed, will reveal the connections by dusting off the boxes of evidence from outlandish and real-life murder cases.”

“Mimicking the style of the popular online ‘unboxing’ videos, each episode [which is only 10 minutes long] takes a new case and introduces seemingly unrelated evidence - one item at a time. Through interviews with the actual investigators, prosecutors, and witnesses of each case along with stylized recreations, the crazy story of how these random items came together to solve the crime unfolds. Full of twists, turns, and red herrings, each case plays out like a game of ‘Clue,’ a real whodunit that has viewers playing along and guessing until the very end.”

While there is no credited cast (each episode features different individuals), the series is produced by Jeff Keane, David Johnson, Steve Luebbert and Jeremy Corray.

There sure is and it’s pretty creepy. The footage gives viewers a sneak peek at the interviews with the investigators, prosecutors and witnesses involved in the cases (along with some dramatized reenactments).

4. When will ‘Murder Unboxed’ be released?

The documentary series premiered exclusively on Quibi on Monday, October 19, 2020 (yup, that means several episodes are already available). Subsequent chapters will be released every weekday until October 28, 2020.

Quibi is an entertainment platform designed specifically for your phone with content created by Hollywood stars (such as Chrissy Teigen, Joe Jonas and Sophie Turner). It officially launched on April 6. The content is broken down into three categories including movies by chapters, unscripted documentaries and daily essentials (short clips of news, entertainment and inspiration). You can download the Quibi app for $4.99 with ads or $7.99 without ads.

That said, Quibi did just announce that they will be going out of business entirely (so you likely don't want to sign up if you haven't already). How long will this new show be available? It remains unclear when service will be suspended, but the Quibi website remains functional so you may just have time to squeeze it in still.