I know it sounds odd, but I live for intense thrillers that make me ridiculously paranoid about technology. Whether it's a mystery that explores the impact of smart devices (like Searching) or psychological horror about how social media dictates our lives (like Cam), these titles are just as mesmerizing as they are terrifying. So, when I saw the trailer for HBO Max's newest thriller, Kimi, I just knew I had to watch.

As expected, the film is like a 90-minute episode of Black Mirror, but with Woman in the Window vibes. It follows a voice streaming interpreter named Angela Childs (Zoë Kravitz), who struggles with agoraphobia and spends her days sifting through communication errors on a virtual assistant called "Kimi." But when she stumbles upon a recording of a crime, she pushes herself to do the one thing she fears most—leave her apartment. And that's only the beginning.

The movie speaks directly to the ups and downs of having social media and newer technology without coming off as preachy (Angela's work process shows how it can lead to more efficiency, but then she gets tracked, reminding us that there's virtually no privacy). However, one of the film's biggest strengths lies in its attention to detail. For instance, I love that it mimics our current, mid-pandemic world, from Angela's obsessive tendency to sanitize her hands to the wearing of masks in crowded public spaces. 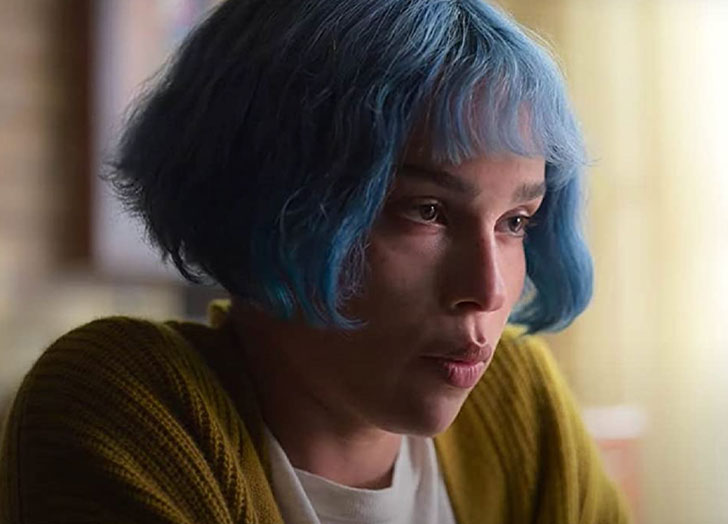 I won't spoil the ending by detailing exactly what happens, but Angela's exit marks a major shift in the film. Things go south even faster than you expect and the action-packed climax will get your heart racing.

One thing I have to mention, though, is Jaime Camil's performance as Antonio Rivas. After seeing Camil embody an optimistic, self-obsessed movie-star on Jane the Virgin, it was interesting (and strangely satisfying) to see him embody a villainous character—although a bit more about his background and who he worked for would've definitely added to this film.

Still, given it's spot-on commentary and fascinating storyline, Kimi is definitely worth your time. (And if tech thrillers aren't really your thing, still watch for Kravitz's stellar performance.)

Although it may sound like a remake of every "troubled-woman-at-home" thriller you've ever seen, Kimi offers more than a few jump scares and suspense. Aside from tackling the advantages and disadvantages of new technology, it also speaks to the realities of our mid-pandemic society in the most fascinating way.