Keke Palmer has something to say about the slave movie genre—and we're all ears.

PureWow had the pleasure of sitting down the 28-year-old actress, who opened up about her new crime thriller film, Alice, while promoting her partnership with CÎROC. (In case you haven't seen the movie, it follows a runaway slave who stumbles into the 20th century and takes revenge on her former owner.) But aside from discussing Alice's relevant themes, Palmer shared some candid thoughts about how slavery is depicted in most films. 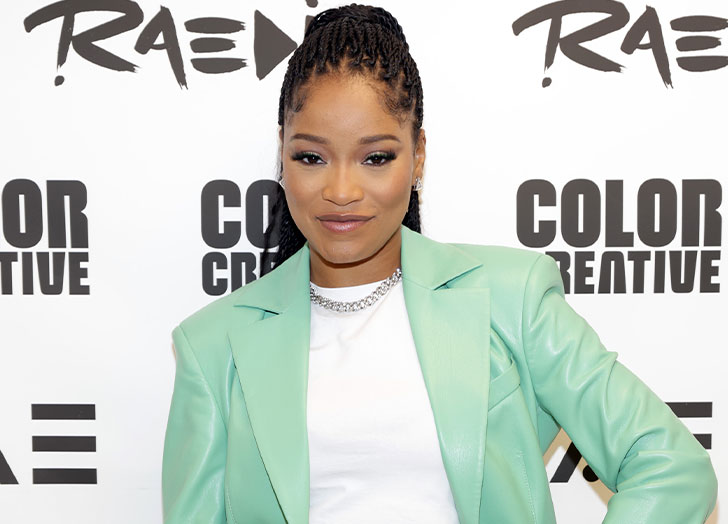 It's no secret that most slave narratives tend to focus on the horrors of slavery, but Palmer noted that while these stories need to be told, they're often limiting when it comes to perspectives.

She told us, "I want to talk about [history] in a way that I feel about it, which is, I have so much pride and resilience because of where I came from, being a Black American. I just felt like when I read the script [for Alice], it was an opportunity to be a part of this narrative in the way that I feel is more fitting and representative of Black people today and Black people of the past."

She continued, "Oppression is always around us, but we don't treat it the way that it's always portrayed in films. And it's not like 'Oh my gosh, woe is me.' It's more so like, 'I'm a survivor. I'm going to find a way out. I'm going to hold on to the fact that freedom is something that I can give myself, no matter what the circumstances and what I'm up against. I'm never gonna let anybody steal my spirit.' That, to me, is what this film represents, as well as providing wonderful gems about how to move forward and how to find hope."

Palmer also revealed that the film is an ode to the Blaxploitation era, where the movie industry saw an influx of Black-led projects that would forever change how Black people are represented on screen. And not surprisingly, the iconic Pam Grier was one of her inspirations.

She said, "It's not the same style of film...It's like if a Black exploitation film was rooted in something very grounded. I took the feeling and the emotion that not only Pam Grier displayed in her movies, such as Coffy, but also the inspiration of how that made Black people feel at that time, in that era and what they were experiencing."

Palmer added that she also channeled the "silent strength" of Black Panther star Angela Bassett when it came to her role. She said, "I think there are elements of her kind of energy that are engaged in the film."

In addition to her acting projects, Palmer has also been keeping busy with her new partnership, where she teamed up with CÎROC and Sean “Diddy” Combs to launch their new CÎROC Vodka Spritz. While chatting about what drew her to the brand, she said, "I've always loved CÎROC because they taste really good. I was excited to check out their vodka spritz and get into all the different flavors—my favorite is the citrus pineapple passion."

As of now, Alice isn't available to stream on any platform, but it's playing in theaters. After its theatrical run, you'll be able to purchase the movie on digital platforms like iTunes, Amazon and Google Play.

Want all the latest celebrity interviews sent right to your inbox? Click here.

Keke Palmer Opens Up About Jordan Peele’s ‘Nope’, Says She Was 'In Shock' About Her Character