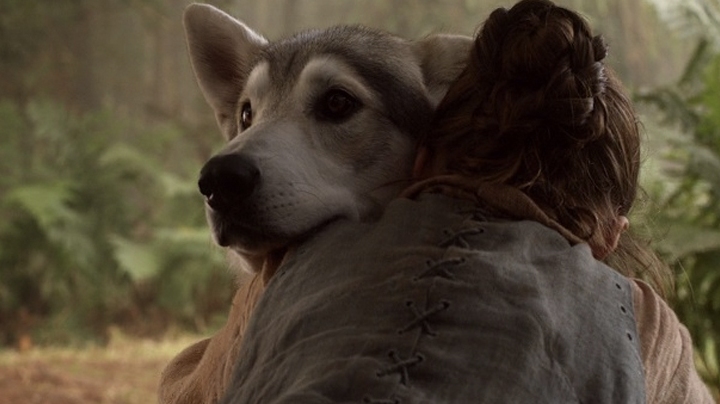 No spoilers here, we promise! A girl is only celebrating the perfect pet names dog and cat owners can borrow from Game of Thrones. Banfield Pet Hospital, the largest general veterinary practice in the U.S., got curious about trending pet names, so they dug through their database of the more than 3 million dogs and cats treated at their hospitals in 2018. Much to their delight, they found GoT characters to be super popular among pet parents, especially when compared with 2017’s trendy names. Read on to discover which names take the iron throne.

Lady
OK, this name technically applies to everything from Pride and Prejudice to Lady Bird, but you hear it every episode whether you’re visiting King’s Landing or Dorne. It’s regal, playful and also the name of Sansa Stark’s direwolf (RIP, Lady). It’s perfect for a well-respected dog who isn’t afraid to take matters into her own hands paws.

Snow
Pet owners appear to be most loyal to House Stark, with 22 percent more cats and 14 percent more dogs potentially named after Starks year over year.

Summer
Just because Summer is inspired by a direwolf doesn’t mean you need to own a husky to use it. The name feels just as fitting for a cat who loves lounging in the sunshine.

Arya
In 2018, 21 percent more dogs and 13 percent more cats were named Arya, after the fierce, faceless fighter of the Stark clan. It’s the perfect name for a pet who prefers adventure to sleep.

Khaleesi
Mother of Dragons. Protector of the Realm. Breaker of Chains—hopefully your Khaleesi won’t break out of her kennel.

Winter
Arguably, winter (as in, the season that’s coming) is its own character on the show. Perhaps this is why in 2018, 13 percent more dog owners and 4 percent more cat owners named their pets Winter than in 2017.

Nymeria
She’s the loyal direwolf who bit Joffrey’s hand back in season one to protect her Arya. Who wouldn’t want a pet as fiercely loyal as Nym?

Sansa
The name of the eldest Stark daughter has risen 11 percent from 2017 to 2018. It actually has Sanskrit origins and means “praise and charm,” which suits our canine BFFs very well.

Drogon
Ah, Drogon. A full 64 percent more dogs were named after Khaleesi’s fierce dragon in 2018 than in 2017. Our dogs are our children, our protectors, our pride. Naming them after a dragon just feels right.