This Spanish Drama Took Me Out of My Netflix Funk

I'll be honest, I can't keep up with all the shows and films out there. When you have five streaming services under your belt (yes, I'm flexing), you can get overwhelmed with where to start with first. OK, I sound dramatic but I end up pointlessly scrolling through Netflix, Disney Plus, HBO Max, Apple TV and Hulu before inevitably spending the rest of the day watching YouTube videos. There's so much content out there that I was in a binge-watching funk for a while.

Elite caught my eye though and I'm so glad it did. I don't know what hit me first—that they were wearing Glee-esque blazers (fellow ex-Gleek here) in the trailer or that each season only had eight episodes (which makes it super easy to breeze through). Once I started watching, I wondered why I didn't check this show out sooner.

Need more convincing? Here's why you should add this Spanish drama to your must-watch list.

8 Spanish TV Shows You Can Watch this Second

If you enjoy drama shows (with thrills and suspense), then this show is for you. Only minutes into the first episode, you see that someone has been killed and for the rest of the first season you have to figure who the killer was. Every episode I was 100 percent sure it was one character and then the next I was like "No, I'm completely wrong, it's definitely this guy!" (Spoiler alert: I did not see the true killer coming.)

The show's blame game gave me major Gossip Girl, How to Get Away with Murder or Pretty Little Liars vibes. Each character was so quick to have an alibi or point fingers about who could be the killer. While that's the central focus of the show, it wouldn't be a teen drama without adding a spice of high school problems like mean girls, blackmail, love triangles and identity crisis, to name a few.

I knew what I was getting into the second there were three regular students (Samuel, Christian and Nadia) transferring to an elite secondary school (aka an exclusive private school) and the popular (and super wealthy) kids were not happy. This only fueled the fire when we found out who was killed.

The second and third season only brought more drama and more gasps from my couch. If you thought only one person was going to get murdered then you don't know thriller dramas at all—don't get comfortable with any of the characters (and Game of Thrones taught me that.) 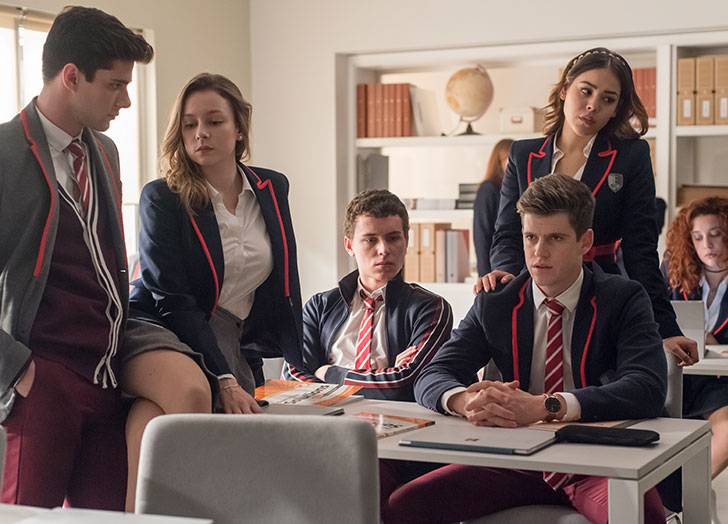 2. You'll Root For The Good (and Bad) Characters

Let's be honest, the "bad" characters are always the most interesting. It's always a love-and-hate relationship especially with the popular kids (aka Guzman, Polo, Carla and Lu). While you want to root for the "good guys," the show does a great jobat providing character development across the board. You find out that they aren't bad per se—they simply deal with bad circumstances like neglected parents, insecurities or loneliness. By the third season, they were actually my favorite characters. (I could write an ode to Lu.)

Meanwhile the three characters that joined the school (Samuel, Christian and Nadia) weren't so perfect at all. If anything, they were influenced by this new environment and were automatically tangled into this exclusive group in more ways than one. Whether they were hooking up, fighting or actually becoming friends, these core characters muddled who we considered bad or good.

It's also important to note that towards the second season, we got even more characters (Valerio, Rebecca and Cayetana) into the mix. This played a big factor in how everyone changed and interacted with each other. A bigger circle meant more problems, more growth and more complicated storylines. 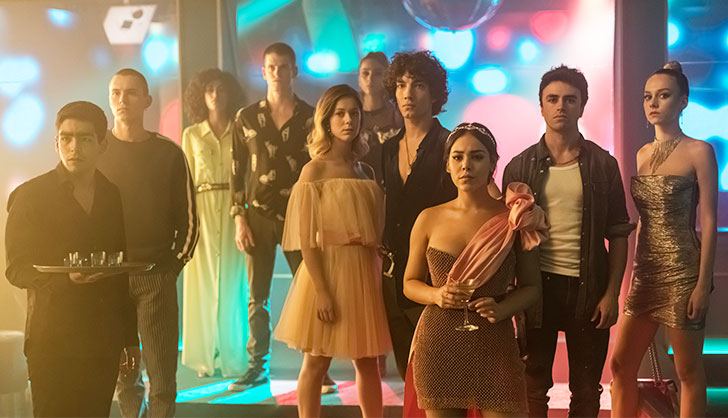 3. There's No Dragging Out Storylines

I think what I enjoyed the most about the series is that it didn't drag out these stories. By the end of season three, we were saying goodbye to certain people. While it pained me that I wasn't going to see the regular crew again, I'm glad that their storyline was complete. We don't have to see them being stretched thin and staying on the show for no reason. Next season, we'll be introduced to new characters to fall in love with. Some of the OGs will still be there but it's nice to see a new cycle and a new story come to life.

FYI, I was invested so much into Elite that I watched three seasons in a span of three days. My binge-watching skills came back in full force because every episode left me on a cliffhanger. Every episode I was screaming at the screen, "The killer is right there. How do you not know???" I couldn't turn off my TV without my questions being answered. Overall, it's a really quick watch because eight episodes per season? No sweat.

While we got news that season four and season five have been announced, there's no date set for when they'll air. Until then, I'll be writing that love letter to Lu.

Loved 'Namaste Wahala' on Netflix? Here are 4 Other Must-Watch Titles From African Filmmakers