Did Dottie from 'A League of Their Own' Drop the Ball on Purpose? 2 PureWow Editors Debate

Reboots are nothing new. But reboots that are well-executed and worth every second of your time? Now that's a trend we can get behind.

One standout example is none other than Prime Video's remake the of hit 1992 film A League of Their Own, which follows a group of women in the All-American Girls Professional Baseball League during the World War II-era. And PureWow's resident TV experts, Rachel Gulmi and Phil Mutz, are weighing in on the popular new series on their podcast, Stream On. 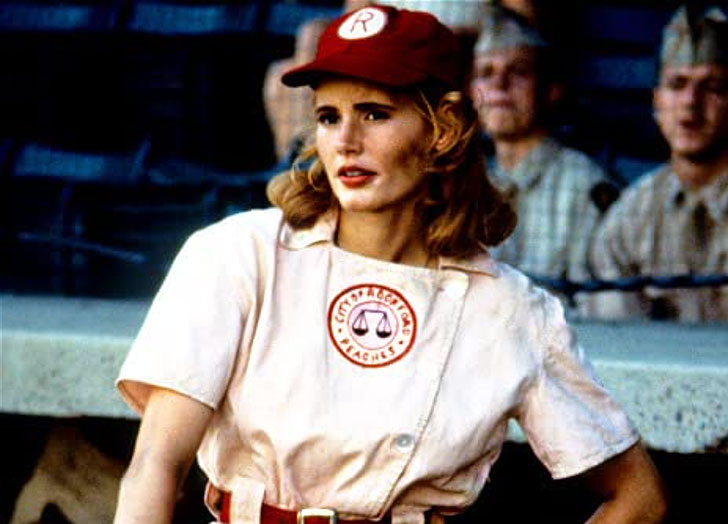 Aside from discussing the show's many strengths and similarities to the film, the co-hosts brought up a very important question that's sure to get fans thinking: Did Dottie actually drop the ball on purpose in the movie?

"I want to know where you stand on...what should we term this? ...Dropping the Ballgate," Mutz said in the latest Stream On episode. "The whole movie, the crux of it is about these sisters, and at the end, they physically collide at home plate and Geena Davis drops the ball. Did Geena Davis drop the ball on purpose or not?"

Gulmi's opinion? It's definitely possible. She explained, "When I was watching it, I was thinking to myself the whole time, like when she goes to the pitcher's mound to say do the high ones, I'm like, 'Does she do this because she knows that she's gonna hit it, and then they're gonna win the game? Was she trying to let her win?'"

Mutz also made an interesting observation that totally changed how he saw the ending. And his conclusion? Dottie intentionally dropped the ball to give her sister the spotlight.

Gulmi agreed, adding, "When the little girls are asking for Kit's signature and everything, you see Geena Davis, as Dottie, just like smiling and she's like, 'Oh, I did that.' So, I'm sure I'm sure she did it."

Mutz said said that a case could also be made for Dottie dropping the ball accidentally. He explained, "In defense of whoever disagrees, [the way] the shot is filmed, it looks very much like an accident. It does not look like she's dropping it on purpose...I'm not sure. I think they want us to believe that it was on purpose. And that was a choice." Fair point.

To hear even more entertaining discussions about the best movies and TV shows, make sure to subscribe, rate and review the podcast.