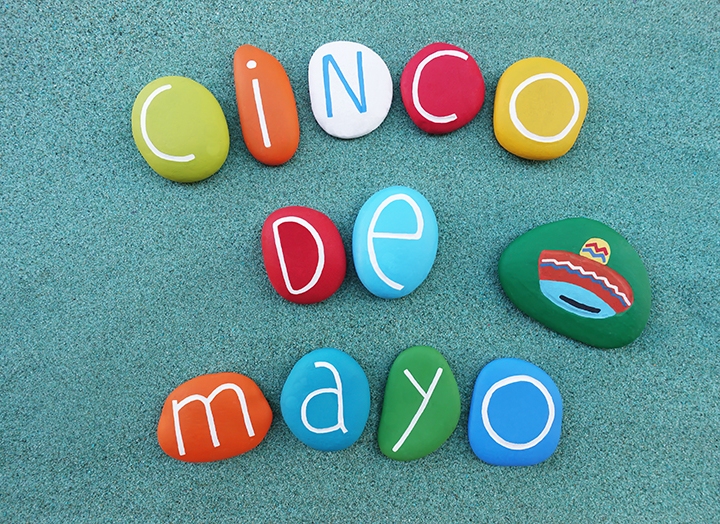 There’s a good chance you’ve heard of (and perhaps even raised a salted glass in honor of) the holiday known as Cinco de Mayo, or the fifth of May, so it’s high time you learned a little bit more about the event. Read on for some fascinating Cinco de Mayo facts so you can enjoy the fiesta with a little knowledge under your belt.

This commonly held belief is, indeed, a big misconception: Although Mexico did achieve a major victory against the French at the Battle of Puebla on May 5, 1862, this success was more of a much-needed morale booster rather than a strategic win. That said, by the time the Battle of Puebla came to pass, Mexico had already enjoyed more than 50 years of independence from Spain—freedom won after an 11-year war that ended on September 16, 1810. As for Cinco de Mayo, that celebration is simply to honor a single battle in which the underdog achieved an unlikely defeat against French troops, who saw Mexico’s unpaid debt as an opportunity to invade and expand Napoleon’s colonial empire. But how did a single battle earned such lasting symbolic significance? Well, the Mexican army were seriously outnumbered with poor supplies, yet still managed to emerge victorious. In fact, the win was so impressive that it is credited with invigorating the resistance movement. (How’s that for an abbreviated history lesson?)

2. Cinco de Mayo is also not a federal holiday in Mexico

Although the day is celebrated in the city of Puebla (where the epic victory occurred) with military parades and a smattering of other festivities in the street, Cinco de Mayo is not considered to be a major holiday in the rest of Mexico—save the occasional battle re-enactment. In fact, Cinco de Mayo is a much bigger deal in the United States, particularly in places with large Mexican communities. In Mexico, the holiday is not recognized at the federal level. In other words, it’s pretty much business as usual on Cinco de Mayo in Mexico since banks, stores, and just about everything else remains open.

So how did this commemoration from another country’s history become a holiday in the United States? Glad you asked. It turns out we have good old-fashioned diplomacy to thank for stateside Cinco de Mayo celebrations. President Franklin D. Roosevelt’s Good Neighbor Policy, passed in 1933 to improve relations with Latin American countries, paved the way for Cinco de Mayo to become a more mainstream American holiday. That said, Californians had jumped on the Cinco de Mayo bandwagon far sooner, due to the large Mexican immigrant population in the state.

Cinco de Mayo is typically honored across the United States with jubilant street festivals that attract sizable crowds. All sorts of merry-making is liable to take place, but some celebrations are bigger than others (more on that later). Depending where you are on the big day, parades, live music, dancing, food and drink might factor into the festivities.

5. Mole Poblano is the official dish of the holiday

It’s easy enough to locate a taco vendor, score a margarita or indulge in a burrito (preferably one the size of your face) on Cinco de Mayo—but you might be surprised to know that none of these Mexican fare favorites are considered to be the official dish of Cinco de Mayo. For a more authentic celebration of the holiday, opt for a dish that features mole poblano instead: This rich, dark brown sauce—made with Mexican chocolate and a boatload of spices—boasts incredibly bold flavor and a divine balance of texture. Mole Poblano hails from (you guessed it) the Mexican city of Puebla where the historic battle victory occurred.

As you might expect, some American cities hold bigger celebrations than others when it comes to Cinco de Mayo. So where can you find the best bash on May 5th? Head to Los Angeles, where festivities take over both Olvera Street and Broadway; Chicago and Houston have similarly raucous celebrations—the former boasts a parade in the Pilsen area of the city (with all the trappings of a solid Cinco de Mayo event), while a host of Houston businesses get in on the action with holiday specials.

7. Cinco de Mayo is a celebration of Mexican culture in the United States

Although this holiday is technically intended to celebrate the outcome of the Battle of Puebla, it has taken on a much broader meaning in the United States. These days, the occasion has come to be a celebration of Mexican culture in general, so you’re unlikely to see military-themed parades or battle re-enactments here but rather a wide-range of cultural representations, from dance to dining.

8. The holiday has significance for the Chicano Rights movement

Cinco de Mayo has a place in American history beyond F.D.R.’s Good Neighbor Policy. In fact, this holiday has close ties to the Chicano Rights movement of the 1960s and 1970s: This activist movement used the occasion as a call to action, which inspired an often overlooked community—not unlike the way in which the Battle of Puebla emboldened the Mexican resistance in 1862.

9. Cinco de Mayo is recognized as a national holiday in the U.S.

We hinted at this fact already, but the truth is that Cinco de Mayo is more of a holiday here in the United States than it is in Mexico. And some might say our version of the fiesta is actually an adaptation that often misses the mark, since those celebrating typically show up for the margaritas and miss the symbolism. Nevertheless, with the help of George W. Bush and the powers that be in Congress, Cinco de Mayo became an official national holiday in 2005 (though folks were definitely taking advantage of the day’s festivities well before that).

As previously mentioned, Cinco de Mayo in America is all about celebrating Mexican culture. (Note: We’re not talking about pounding margaritas from a beer bong, which has absolutely nothing to do with Mexican culture.) The richest Cinco de Mayo celebrations will likely feature traditional Mexican mariachi music—a type of music that dates back to the 19th century and is deeply rooted in the country’s revolutionary past. And yes, mariachi music will make you want to dance, which is why you’re also likely to see colorfully-clad dancers in Puebla dresses performing traditional steps (i.e., the baille folklórico) that owe their origin to Mexico’s Independence Day (which is on September 16th and not May 5th, remember?).

11. Cinco de Mayo is celebrated around the globe

Interestingly enough, the United States is not the only country to have turned Cinco de Mayo into a holiday. It just so happens that countries around the world love a good fiesta: Cinco de Mayo celebrations can be enjoyed in Canada, Australia and Japan, to name a few

In the U.S., Cinco de Mayo is marked by lots of dancing, lots of drinking and lots of food. And while we know there’s a lot of indulging that goes on, just how much food and drink Americans consume to commemorate the holiday might surprise you. According to Produce News, folk in the U.S. eat a staggering 81 million pounds of avocados on Cinco de Mayo. That’s loads and loads of yummy guacamole. And of course, you want to wash that down with a nice margarita, which is why the International Wines and Spirits Record (IWSR) also reports that the U.S. drinks more tequila than any other nation on the holiday.