The year is 1947. As the Golden Arrow train speeds towards London, Ian Campbell, the Duke of Argyll, lays on the charm as he tells the famous Margaret Sweeny about the first time he saw her. "I was enchanted. Utterly bewitched," he recalls as he eyes her closely. "I said, 'There's a girl I'm going to marry.'"

Sure enough, the royal got what he wanted—but it wasn't the fairytale ending you'd imagine. Just over a decade later, their turbulent marriage would spiral into one of the biggest scandals in British history.

After exploring the rise and fall of British politician Jeremy Thorpe in A Very English Scandal, Amazon Prime is reeling fans back in with an intimate look at Margaret Campbell, Duchess of Argyll—an iconic figure in British high society. Claire Foy stars as the gorgeous debutante turned royal in the follow-up series A Very British Scandal, which debuts this Friday on the streaming service ﻿(after previously airing on the BBC). And to say that her performance is unforgettable is an understatement. Foy truly captures the dazzling duchess, from her glamor and elegance to her unapologetic personality—especially when it comes to her romances. But aside from her captivating performance, this series also does a brilliant job of highlighting Britain's toxic tabloid culture, the double standards women endure and Margaret’s incredible resilience.

For example, episode one begins with a brief glimpse of the highly publicized divorce case, when the 11th Duke of Argyll sued his wife on grounds of adultery. At this point, some of her most intimate photos were exposed and she was heavily criticized (and demonized) by the press. Not to mention the angry mobs who hurled insults at Margaret when she appeared in public. But this level of backlash was never directed at the duke, who committed adultery against his previous wife, Louise (Sophia Myles), and even faced allegations of violence. It was quite common ﻿(and arguably still is today) for men to have extra-marital affairs, but when women did the same, they fell victim to slut shaming and got shunned by the public.

Still, the duchess continued to carry herself with dignity and confidence. Even as Ian tried to wear her down, insisting she didn’t have the “guts” to go through with this court case. And just when he expected her to give in, she hit him back with a cold stare and said, “You better take your seat.” 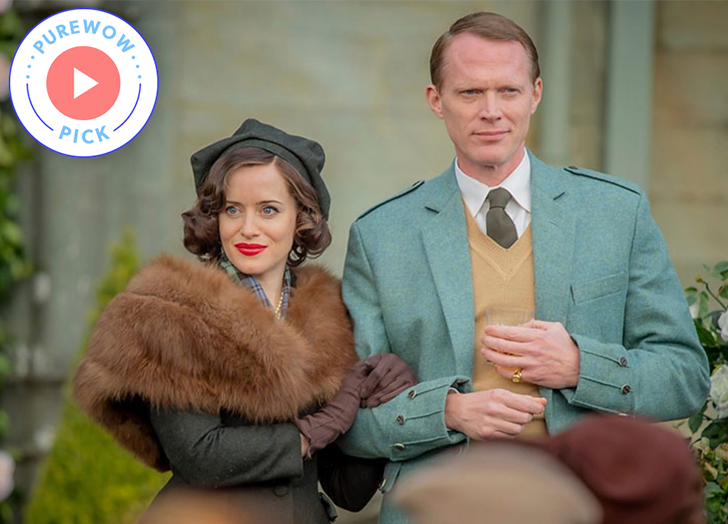 Never mind that the duke was an alcoholic who was more unpredictable than the weather. He was also practically penniless and willing to exploit Margaret’s wealth to restore his crumbling castle (“Here’s an idea Margaret…Pay the bills. It’s what you’re for!”). To make matters worse, it was only after her restoration efforts that she discovered she had no legal claim to the building. Add to this Ian’s incredibly insensitive gesture when he invited his ex-wife to the grand re-opening and asked if she could picture herself living there.

The blatant disrespect, and the fact that Ian did this so casually, is almost maddening, but it really speaks to the unequal power dynamic between men and women during that period. Even though Margaret did all the work and provided all the funds, thinking that she was rebuilding a shared legacy, she still had no say in what happened to Inveraray Castle and, essentially, no place in the royal family. Ian just called the shots without giving her “a second thought.” 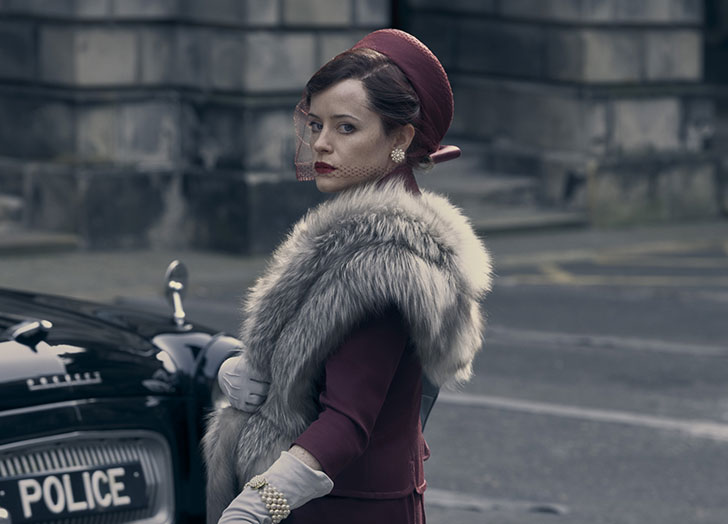 It’s also quite fascinating to see how brazen and carefree Margaret was, even before her troubled marriage. In a time when women were expected to be well-behaved and discreet, she frequented parties and charmed countless men without apologizing for it. In fact, it was one of the many things she took pride in, making her a key figure in the sexual revolution to come during the ‘60s.

Though some have cruelly branded her the “Dirty Duchess,” A Very British Scandal seeks to clarify that there is more to her character. It manages to turn the entire scandal on its head, forcing viewers to reconsider their perceptions by taking the full story into account. And even if you’re not familiar with Margaret’s story, it’s impossible to not be moved by her incredible strength and unshakable sense of self.

Margaret Campbell’s story is brilliantly retold through a feminist lens, featuring an Emmy-worthy performance from Claire Foy. But A Very British Scandal also serves as a heartbreaking reminder that misogyny is deeply ingrained in many of our institutions. Even if you’re not a lover of all things royalty, you'll have plenty to think about after you watch this historical drama.

Check out our podcast, Royally Obsessed, to stay up to date on all the royal news from the U.K.