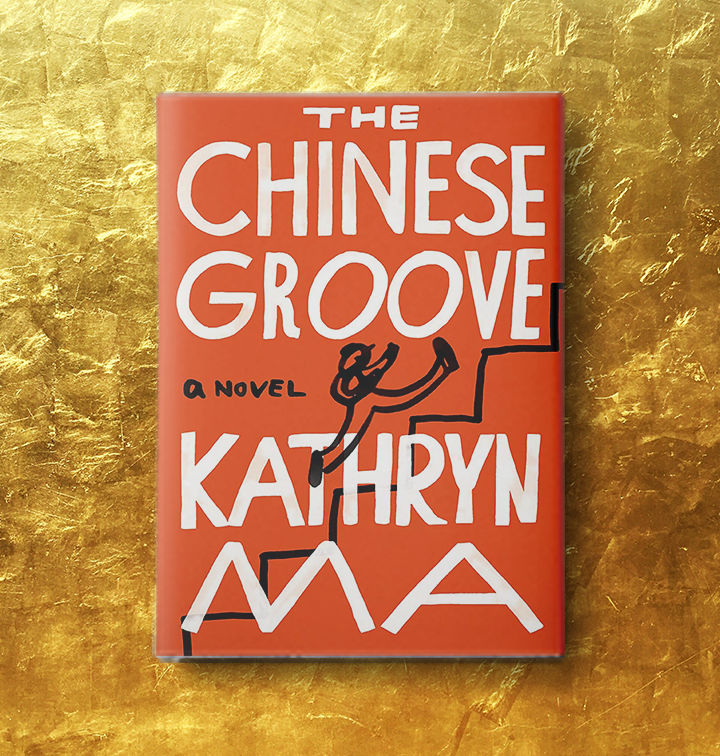 Arriving in San Francisco from China’s Yunnan province in 2015, 18-year-old Shelley has three achievables: family, love and fortune. He soon realizes that the path to achieving said achievables is far from simple in The Chinese Groove, a charming new book by Kathryn Ma (The Year She Left Us).

First, family. In San Francisco, Shelley is set to stay with his rich aunt and uncle who own a thriving department store. His stay supposedly has a limit, but Shelley is sure he’ll charm the pants off his family and be asked to stick around longer. Where matters of the heart are concerned, Shelley is hopelessly in love with Lisbet, the niece of his beloved English teacher. Shelley is certain they’ll rekindle the flame in California, where Lisbet is living with her mother. In terms of fortune, riches will pour in, Shelley assumes, once he becomes a famous poet. (Poets in America, his shady cousin Deng tells him, “got fancy cars and special housing, revered as they were by their fellow citizens as keepers of the famous American freedoms.”)

But as we are quick to learn, expectations don’t always meet reality.

When he touches down in America, Shelley is greeted by his uncle Ted Chang (his last name the Americanized version of Shelley’s own, Zheng). Ted leads Shelley to the modest house he shares with his Jewish—not Chinese or even Chinese American—wife, Aviva. The two give him a deadline: He can stay with them for two weeks—not a minute more. The department store his aunties back home told him about? It was actually more of a small neighborhood convenience store that the family had sold years prior. To make matters worse, he hasn’t heard from Lisbet and he can’t bring himself to write any poems.

Still, Shelley persists. He attends English classes at a local junior college, gets a job trimming green beans at a local restaurant and even makes a few friends. But for every step forward, his new life sends him two steps back. A laptop he sends home to his father gets “lost” in the mail, a room in a decrepit boarding house falls through and Shelley spends a few nights in Golden Gate Park after bartering with a nefarious character. Still, his optimism is unwavering, in part because of his belief in the titular “Chinese groove,” an unspoken rule that essentially means that things will work out if you look out for your countrymen.

His good nature even rubs off on those around him, and though his assumption that Ted and Aviva would invite him to live with them indefinitely turns out to be false, through them he cultivates a community of friends and family that sustains him. Shelley is a thoroughly likable and root-for-able character; you cheer at every triumph and mourn at every loss.

In The Chinese Groove, Ma has written an immigrant’s coming-of-age story that’s neither cloying unrealistic nor bleakly unhopeful. Rather, it’s a testament to the power of community and persistence—even if nothing goes as planned.

7 Books We Can’t Wait to Read in January