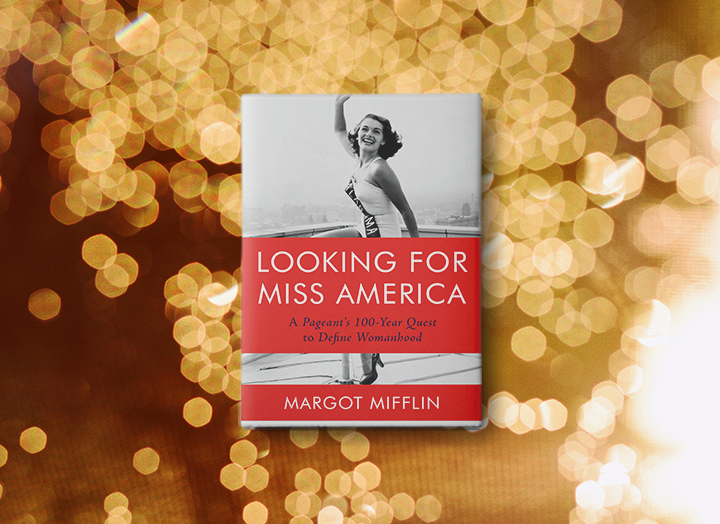 Last year, for the second straight year, the Miss America competition hit an all-time ratings low for an airing on a broadcast network, according to The Hollywood Reporter. The show, which crowned Miss America 2020, averaged 3.61 million viewers over its two hours. Compare that to 1954, when the pageant aired on TV for the first time and 27 million people tuned in to see the glitz and glamour.

The decades-long decline in viewership makes you think: Has society progressed past the need for a beautiful mascot, who simultaneously represents a glamazon and a girl next door? That question and more is discussed in the fantastic Looking for Miss America: A Pageant’s 100-Year Quest to Define Womanhood by Margot Mifflin (Bodies of Subversion).

Using interviews with past contestants, employees, judges and others, Mifflin paints a comprehensive picture of the legendary, if not progressive, pageant, which was founded in Atlantic City in 1921.  In charting the history of Miss America, she examines the changing expectations and ideals of femininity as well as the patriotism, capitalism and exclusivity that have fueled—and contributed to increasing irrelevance of—the pageant.

Mifflin shines when telling the stories of individual contestants. Take Yolande Betbeze, an Alabamian who, after winning in 1951, went on to study philosophy at the New School and and emerged a feminist and civil rights activist, as well as a vocal critic of the pageant. She advised Philip Roth on his portrayal of an ex-Miss New Jersey in American Pastoral and refused to model swimsuits during her reign. (Fun fact: The swimsuit brand that sponsored Miss America was so incensed by Betbeze’s refusal that it started its own pageant, Miss USA, which was eventually bought by Donald Trump.)

While Betbeze was advocating for equal rights, the 1950s saw another major (and shockingly belated) change for Miss America: The overturning of a 1940 rule that required contestants to be “in good health and of the white race.” Though less egregious, another rule that still stands today is one that requires that contestants must not be married, divorced or widowed. Of that, Mifflin writes, “It was as American as apple pie: cranking up interest in female sexuality while punishing women who acted on it.”

Though Black contestants were allowed to compete starting in the 50s, the pageant didn’t have a Black winner until Vanessa Williams got the crown in 1984—at which point she received death threats for daring to be a non-white winner. Williams was also the first winner to ever give up her title, when ten months into her reign, Penthouse magazine planned to publish nude photos obtained without her permission. Though plagued by vile discrimination and “scandal,” Williams went on to be arguably the most famous person ever to come out of Miss America, with Grammy, Tony and Emmy nominations, and a long career onstage and onscreen.

Mifflin’s approach is neither fawning nor mocking; she’s frank about the pageant’s failures without shaming or condescending to any of its contestants or viewers.

Whether you faithfully tune in every year or cringe at the mere thought of a beauty contest masquerading as a scholarship program, Looking for Miss America is a must-read (that will probably make you want to watch Miss Congeniality for the hundredth time).