10 Books We Can’t Wait to Read in June

There are a few types of summer readers: There are those who adore fun beach reads about flirty romances, those who live and die by taut thrillers about mysterious disappearances and those who like their books a little—how should we put this—weird. Luckily, there’s a book for each of these groups publishing in June. From a novel about the downsides of knowing exactly when you’ll meet the love of your life to a wholly original story about a cruel medieval town that hits a little too close to home, here are ten books we can’t wait to read this month. 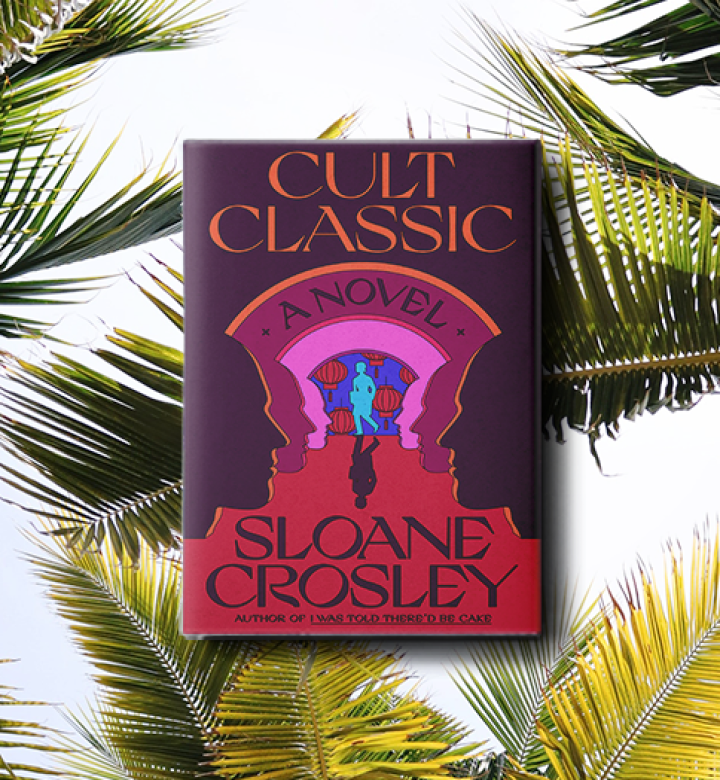 Imagine you’re out for dinner with former colleagues in New York City's Chinatown when you step out to buy a pack of cigarettes. On your way back, you run into a former boyfriend. And then another. And…another. That’s what happens to Lola, the protagonist in this latest novel from humor-memoirist Crosley (I Was Told There’d Be Cake). At the same time, recently engaged Lola struggles with the viability of her current relationship and with the fact that both her best friend and her former boss might have an unhealthy investment in the outcome. A masterfully crafted story about love, memory, morality, and mind control, Cult Classic is equal parts page-turner and poignant portrayal of alienation. 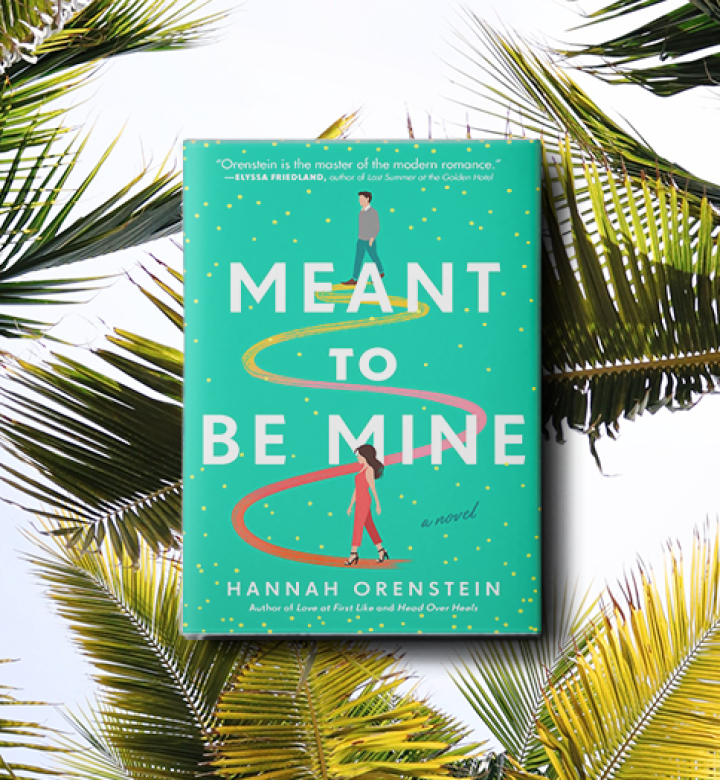 2. Meant To Be Mine by Hannah Orenstein

If you could find out the exact day you would meet the love of your life, would you? It wasn’t a choice for 29-year-old Edie, whose grandmother has accurately predicted the day every single member of the family has met their match. The morning of the day she’s supposed to meet her person, she boards a plane to her twin sister's surprise engagement when a handsome musician sits beside her. But fate isn’t as straightforward as Edie expected, and she can't fight the feeling that her perfect guy doesn't have perfect timing. After a tragedy and a shocking revelation rock Edie's carefully constructed world, she's forced to consider whether love chooses us or if we choose it ourselves. 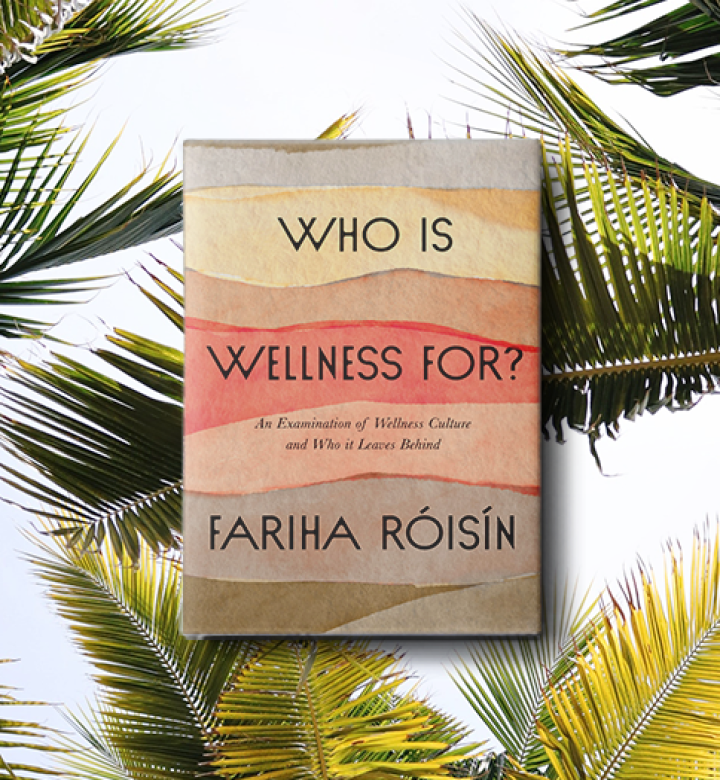 3. Who Is Wellness For? An Examination Of Wellness Culture And Who It Leaves Behind by Fariha Róisín

In recent years, wellness, like many things before it, has become coopted by western (white) capitalism. Poet and writer Fariha Róisín (The New York Times, Vogue) knows this all too well. Growing up in Australia as a Bangladeshi Muslim, she struggled to fit in, in the process distancing herself from her South Asian heritage and identity to seem less different. Years later, living in the U.S., she realized that the customs, practices and even food of her native culture—from ashwagandha to prayer—were now being homogenized and often at a premium by white people for white people. In Who Is Wellness For?, Róisín explores the ways the wellness industry has appropriated and commodified global traditions while ignoring and excluding the Black, Brown and Indigenous people whose cultures said traditions came from. 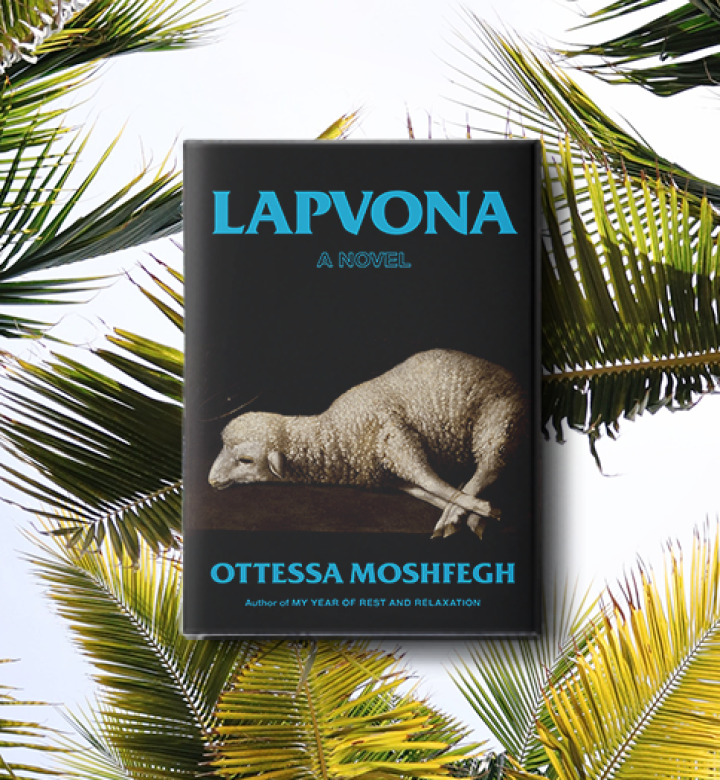 Far from the streets of New York in the 2000s as depicted in her smash hit My Year of Rest and Relaxation, Moshfegh’s new novel is set, of all places, in Lapvona, a village in a medieval fiefdom. There, 13-year-old Marek is abused by his father and raised by the midwife and witch who nursed him as an infant. Still, Marek possesses a childlike faith in God, helpful considering he lives in a place that’s overwhelmingly cruel (including unsparing accounts of torture, rape and cannibalism). As Marek grapples with the brutality, he encounters pandemic, inequality and government corruption, all of which make this medieval town feel closer to home than is comfortable. 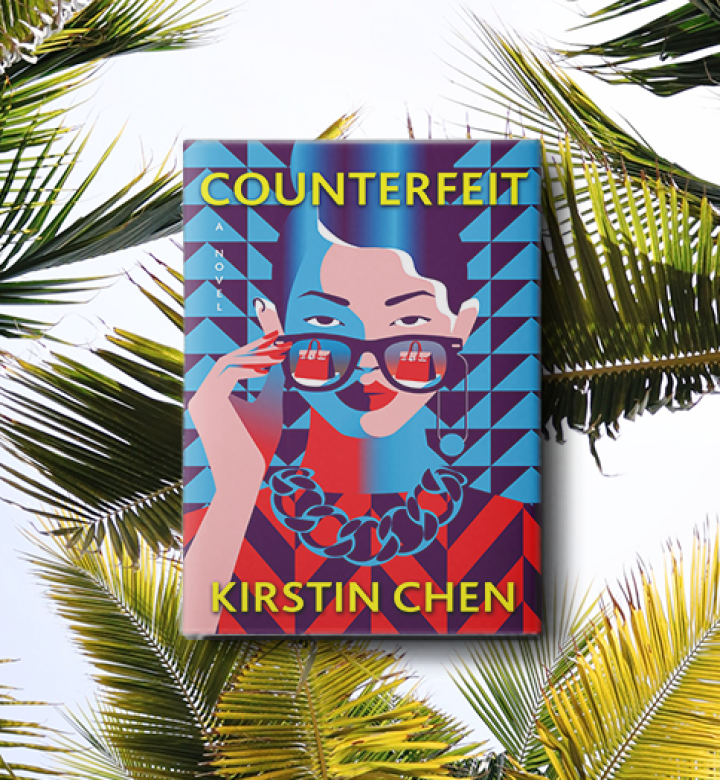 When Chinese American lawyer Ava reconnects with her college roommate, Winnie, a woman from mainland China, Ava finds her nothing like she used to be. Previously shy and awkward, Winnie is now supremely confident and dripping in luxury goods (impossible-to-get orange Birkin included). The secret to her success? Winnie has developed an ingenious counterfeit luxury handbag scheme and now she needs someone with a U.S. passport to help manage her business—someone like Ava. But when their spectacular success is threatened and Winnie vanishes, Ava is left to face the consequences. 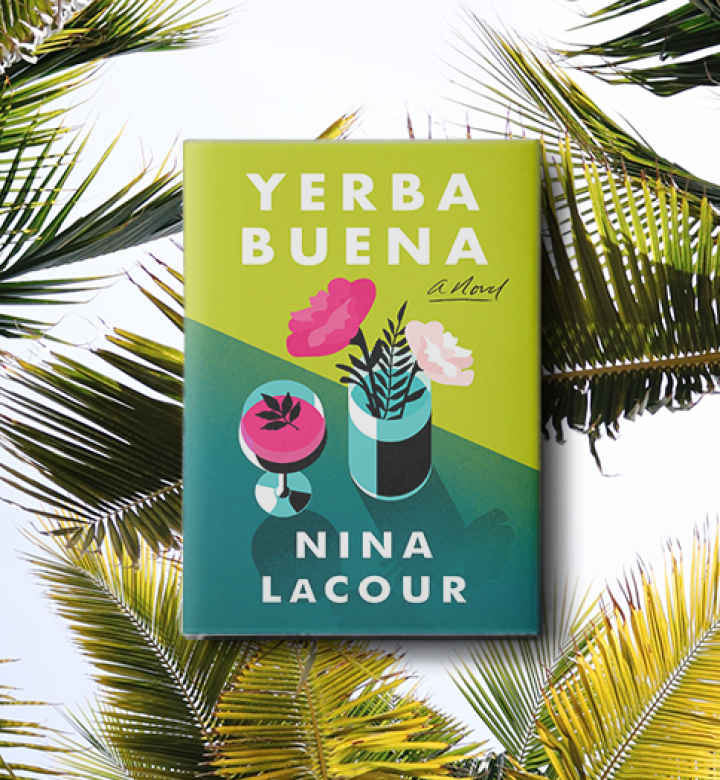 In this adult fiction debut by award-winning YA author LaCour (We Are Okay), Sara is a sought-after bartender at a glamorous restaurant in Los Angeles. Across the city, Emilie is in a holding pattern when she takes a job arranging flowers at the same restaurant. The morning Emilie and Sara first meet, their connection is immediate. But the damage both women carry, and the choices they have made, pulls them apart again and again. When Sara's old life catches up to her just as Emilie has finally gained her own sense of purpose, they’re forced to decide if their love is more powerful than their pasts. 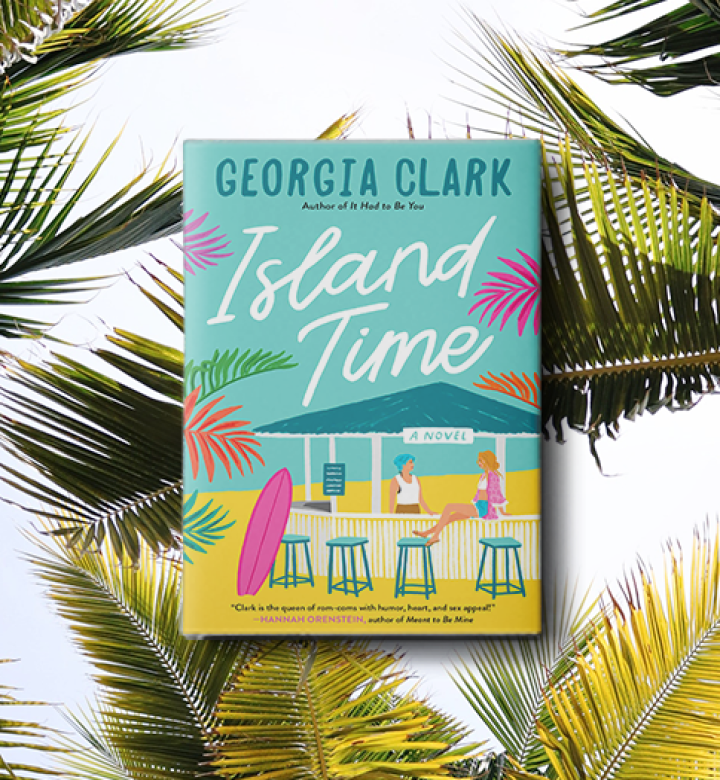 Queer romance, family secrets and ambition abound in this summery story of two families: the Kellys—loud, loving Australians—and the Lees—sophisticated, aloof Americans. The two clans have nothing in common, except for the fact that their daughters are married. While vacationing on a remote island off the coast of Queensland, a nearby volcano erupts and the families are stranded together for six weeks. During those weeks, everyone is forced to question what—or who—they really want, along the way proving it's never too late to change your destiny. 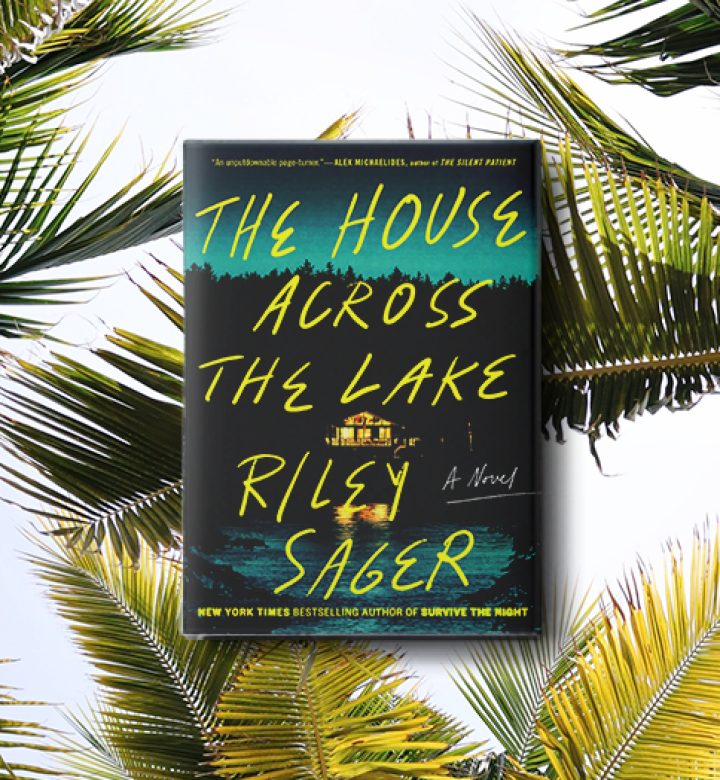 8. The House Across The Lake by Riley Sager

In the vein of his best-selling thrillers Final Girls and Survive the Night, The House Across the Lake is a suspense novel brimming with twists and turns about a recently widowed actress trying to escape a streak of bad press. At her family's lake house in Vermont, she passes the time watching the glamorous couple living in the house across the lake. But the more she gets to know them—and the longer she watches—the clearer it becomes that something is amiss. And then the wife suddenly vanishes… 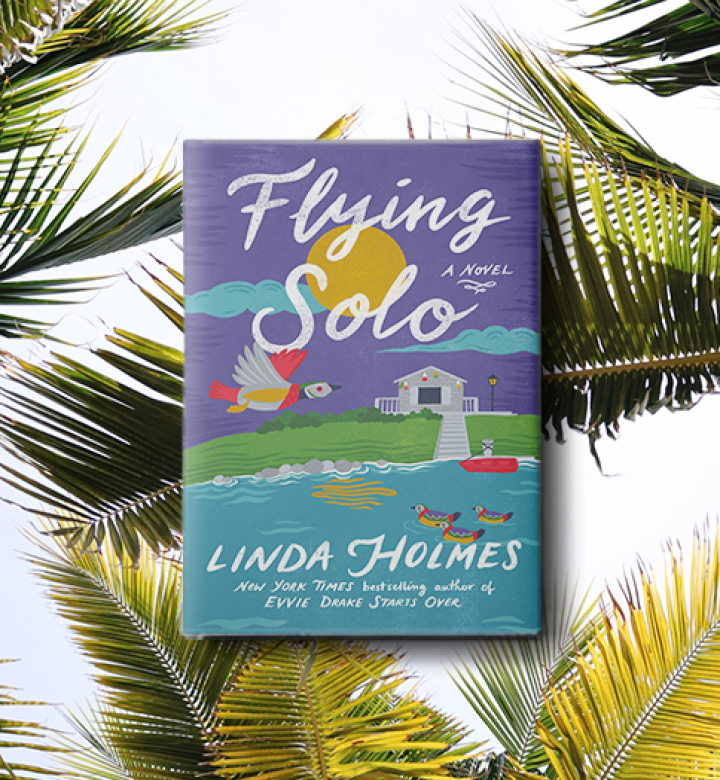 In this sweet romance with a side of mystery perfect for fans of Maria Semple, Laurie is reeling from her recently canceled wedding. About to turn 40, she returns to her Maine hometown to handle the estate of her great-aunt Dot, a spirited adventurer who lived to be 93. Alongside Polaroids and pottery, she finds a mysterious wooden duck with a love letter to the never-married Dot. She’s told the duck has no value, but after it disappears, she’s compelled to figure out why anyone would steal it—and why it was hidden in the first place. Suddenly, she’s negotiating with antiques dealers and con artists, going on after-hours dates at the local library and reconnecting with her first love, along the way reckoning with her own past and future. 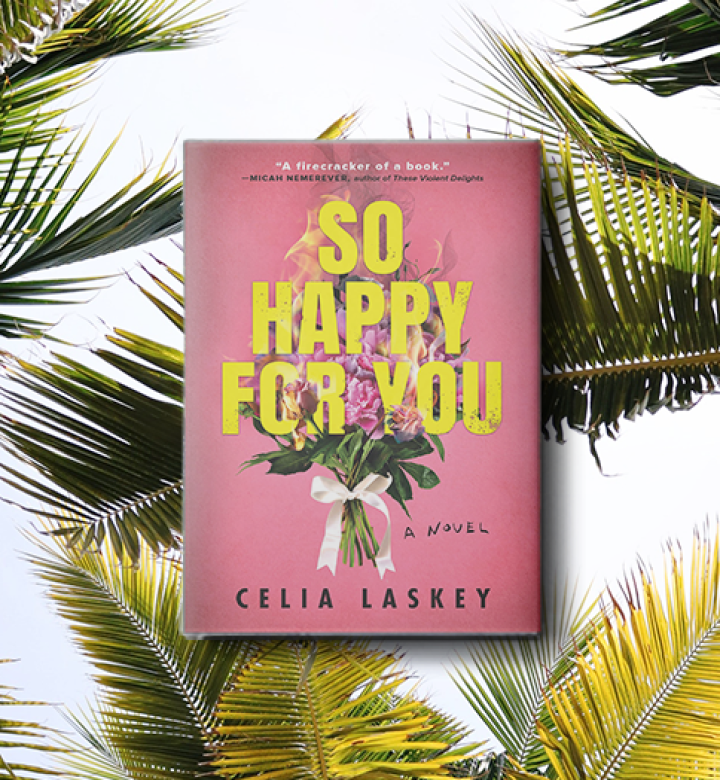 10. So Happy For You by Celia Laskey

This campy thriller follows a queer academic who is skeptical of elaborate wedding rituals, despite being asked to be her best friend’s maid of honor. As the wedding weekend approaches, a series of ominous occurrences lead her to second-guess her decision. Moreover, it seems that everyone in the bridal party is out to get her. Perhaps even the bride herself.

8 Books Every Millennial Needs to Read