4 Real Women on Why They Cheated...and Why Not a Single One Regrets It 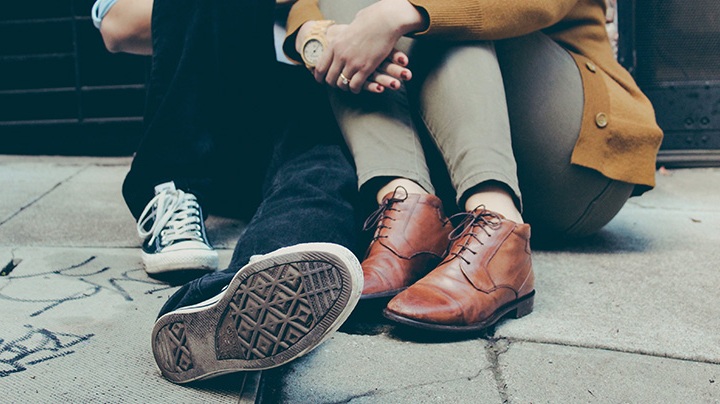 Ready for a stunning stat about modern marriage? According to renowned relationship expert Esther Perel, “Since 1990, the rate of married women who report they've been unfaithful has increased by 40 percent, while the rate among men has remained the same.”

We too spoke with several of these real women (all anonymously) about their decision to cheat: Why they did it, the fallout and if they regret it. (Spoiler alert: They don’t.) Here’s what they told us.

The One Who Was Lonely in Her Own Relationship
“I cheated because I was unhappy and, honestly, seeking affection because it was lacking in my relationship. It wasn’t premeditated. I wasn’t angry—just sad and lonely. Although it wasn’t the right thing to do, no, I do not regret it. Why? Because it was a new low that led me to realize my feelings and what I wanted. My boyfriend at the time never found out, but it led me to end the relationship and move on. I learned I will not stay in a relationship that makes me feel lonely. I learned what it means when people say, ‘It’s better to be unhappy alone than to be unhappy with someone.’ I can’t say I wouldn’t cheat again.”

The One Who Confessed
“I cheated because I didn’t feel loved or appreciated. I craved the feeling of being wanted. The new guy knew exactly what to do and say to me, which only highlighted what I felt was missing. My relationship with my boyfriend wasn’t horrible or coming to an end. Though I did feel angry with him. I wanted him to make me feel beautiful, and I wanted to be wanted by him. I do not regret cheating whatsoever. I met a wonderful man who helped me learn how to love myself. I believe everything happens for a reason. It’s just another lesson learned. But it definitely made life complicated for a while. I ended up confessing everything to my boyfriend, who is now my husband. The impact it had on my relationship wasn’t pleasant at all. There was a lot of anger. His trust in me was completely torn. It took me many years to gain his trust again. I feel at times he still doesn’t fully trust me. I learned how hard it is to regain trust after cheating; the emotional scars it leaves behind are really hard to heal. But in spite of this, I honestly can’t say I would never cheat again.”

The One Who Went for the Bad Guy (Despite Having the Good Guy)
“I'm not proud of this, but when I was in my 20s, I cheated on a very nice, kind of annoying guy who worshipped me...with an ex who treated me like crap. Eventually when the ex deigned to get back together with me officially, I broke up with the nice guy, and I'm not sure if he ever knew about the cheating. Of course I regret behaving so thoughtlessly, but part of me thinks it enabled me to grow up, learn how I do and don't want to be treated and treat people, and ultimately become the person who would enter a faithful relationship with my now-husband. But maybe I just tell myself that to feel better.”

The One Who Learned to Live By Her Own Rules
“Why did I cheat? It was a mixture of being angry and longing for the affection I was not getting at home. I don’t regret it. It made me the person I am today. The guy I cheated with changed me. It wasn’t only an affair; it was a very valuable and loving friendship. But I did end up staying with my boyfriend. I learned to love him in spite of his mistakes and understood him more for doing the things he has done. I guess you could say it made me more forgiving. I can’t say I’d never do it again. I don’t know. I learned to live for me and by [my own rules] and that I need to love myself before loving anyone else. I learned that a guy doesn’t fulfill me no matter what situation I’m in.”