What Is Face Reading? After Watching ‘Indian Matchmaking’ on Netflix, We Were Dying to Learn More 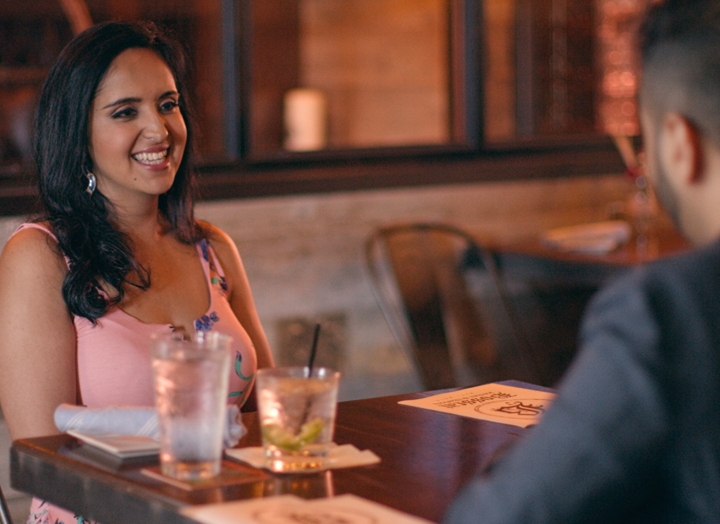 The latest Netflix docu-dating hit, Indian Matchmaking, has everyone talking about Mumbai-based matchmaker Sima Taparia as she works with families in India and America to find her clients marriage partners. From the individual characters to the history and traditions of Indian matchmaking, the series offers an illuminating perspective into this world. But it was a specific meeting between two individuals on the show that set the internet abuzz—and no, it wasn't between a romantic couple. Instead, it was when Taparia met with an astrological face reader to get more insight on a client. So, what exactly is face reading? Lillian Bridges, founder of the Lotus Institute and author of Face Reading in Chinese Medicine, helps us understand the ancient art.

Face reading can be broken down into two parts, Bridges tells us. The first is simply that we’re primed from birth to read expression—after all, our face is the most expressive part of body. So, we're always reading faces, even if it's unconscious.

The second aspect of face reading is that our face identifies us; we each have specific traits that, in combination with each other, show personality, potential and how your body is doing. "Even Western medicine uses the face to determine health—yellow eyes could be jaundice and a pale face could mean you're ill," says Bridges. So, the ancient art of face reading that's prevalent in Indian and Chinese cultures is based on the idea that facial trait combinations can tell a bigger story—and sometimes, they're tied into other beliefs. For example, Janardhan Dhurbe, who made an appearance in Indian Matchmaking, practices an astrological face reading that connects traits to the planets and stars. Bridges, however, who learned the technique from her Chinese grandmother, works mostly with what she sees in front of her. Either way, "There's a lot of crossover between Indian and Chinese practices," Bridges shares.

So what does a face reading tell you?

In Bridges's experience, face reading is way to help people understand themselves. "The face shows who you are, who you’ve been and who you will become," Bridges explains. No individual trait is inherently good or bad. It just is. In Bridges's work, the key is the combination of those traits. For example, a person with big eyebrows is said to have a bad temper. And a wide mouth and full lips means that a person is caring. Together, those traits work off of each other and have a different impact—the whole is greater than the sum of the parts.

What are some misconceptions about face reading?

As a face reader, Bridges emphasizes that your genetic traits are only a template for your life: "There’s room to become who you want to become. I like to focus on expanding people’s perceptions of themselves." Ultimately, you have choice in how you use those things.

Yes, Bridges tells us. But she makes it a point to avoid stereotyping. For one, it's a dangerous social practice, but also over-generalizing isn't helpful to the craft. Instead, Bridges sees a much bigger story in the unique combination of traits. And though different cultures have historically varying ideas of beauty, Bridges teaches and practices face reading that doesn't see "good" or "bad" in any trait. Again, the traits just are.

Are there certain times in a person’s life that a face reading is most helpful?

"Well, I tend to get people in crisis," Bridges says. Many of her clients are in between big decisions in their careers and relationships and she helps them refocus by reminding them who they are and what they're capable of and encouraging them to grow.

RELATED We’re in the Year of the Rat. Here’s What It Means