What Are Those Mysterious Bruises on My Legs All About? 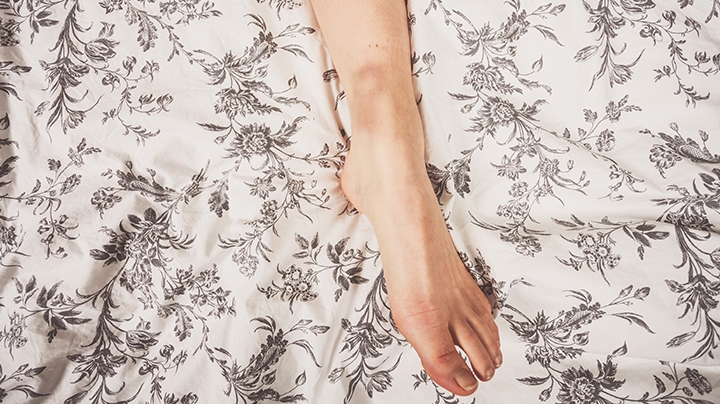 You take extra care to shave your legs in the shower before you put on your swingy new tent dress. Then, you see it: a small but annoying bruise just above your knee. The weirdest thing? You have no idea how it got there. Ugh. Here’s the deal with unexplained bruises.

First, it helps to know what a bruise is in the first place. Officially called a contusion, bruises happen when blood vessels are damaged or broken because of a skin injury. Blood leaks from injured blood vessels into the surrounding area, which causes the discoloration. Often, these unexplained bruises are the result of a minor injury—like bumping your shin on your bedpost or lightly knocking your forearm into a door frame—that at the time feels so minor that you don’t even remember doing it.

And why do some people’s bodies bruise more easily than others? This can vary. It could be a symptom of getting older (the skin becomes thinner with age and you lose some of the protective layers that act as a cushion when you bump into something). Vitamin deficiencies might also play a part. Vitamin C, for example, is crucial for healing, so if you’re not getting enough of it, your body might not be as adept at healing itself. Certain high-intensity workouts, like weightlifting or team sports, can also cause bruises, since you’re pushing your muscles with so much effort that it leads to tiny tears in your blood vessels. It could also, as it turns out, come down to being a woman, since ladies often have more fragile blood vessels.

For most people, the occasional tiny bruise isn’t cause for concern (other than being kind of annoying when you want to show off your toned legs), but call your doctor if the bruise swells or causes extreme pain—especially if you’re on certain blood-thinning medications.

The more you know.

8 of the Best Sources of Calcium That Aren’t Dairy