Ahh, first dates. When they’re good, they’re great. When they’re bad, you consider abandoning the whole search for love thing and do a quick Google search for ‘convents in my area.’ And though you really can’t control whether or not your date is a total snoozefest, you can avoid potentially awkward conversations by shying away from certain topics. That’s why we consulted matchmaker Susan Trombetti for five things she would never say on a first date.

Susan Trombetti is a matchmaker and CEO of Exclusive Matchmaking, a matchmaking company headquartered in Maryland that matches singles and helps them discover long-term happiness. 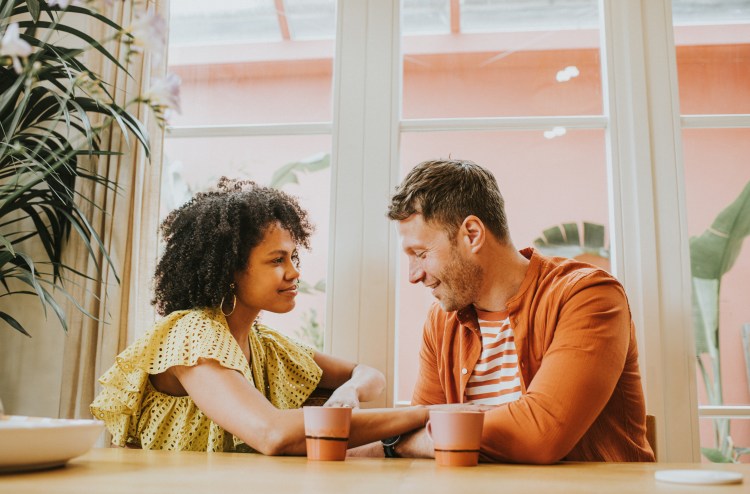 You might think mentioning how close you and your ex still are shows how emotionally mature you are, but Trombetti tells us it’s a major no-no. “This makes you wonder why they ever broke up because frankly, it sounds like they should still be together,” she explains. While past relationships will almost certainly come up early into dating, there’s no need to launch into specifics about failed relationships on the very first date.

2. “I Want to Get Married and Have Babies Pretty Soon.”

“Even if they want the same things, let the relationship develop,” Trombetti urges. “There should be some major flirting going on during the first date instead of you laying out your future plans to someone that might not even text you back.” She strongly advises against going too intense too fast, and instead maintaining some mystery and intrigue until you get a better handle on whether you’re even a match for each other.

Yes, it’s OK to ask what they do, but try not to go too much deeper than that on a first date, Trombetti warns. “This will bring up visions of an irritating coworker and ruin the energy of your date.” Also off the table? Money talk. “I think asking how much money they earned last year is a question many people wouldn't dare dream of,” so be sure to steer clear of any salary conversation—even if you’re curious how a lower-level employee affords such extravagant vacations.

4. “Are You Really Going to Finish Your Pasta?”

Foodshaming is inappropriate in pretty much every situation—first dates included. And as much as you might be thinking, come on, who would ever say this on a date, Trombetti says she’s had clients who have experienced this (yes, really). Judging someone based on what they’re eating—or not eating—is never OK, full stop.

Sure, talk for a few minutes about your third-grade crush. But in Trombetti’s eyes, talking about your ex is tied with not putting your phone away when it comes to the biggest dating mistakes. Bringing up old relationships makes it seem like you’re living in the past and not actually interested in starting fresh with a new partner. Even if it’s a wild story you think they’ll love, just don’t do it, OK?