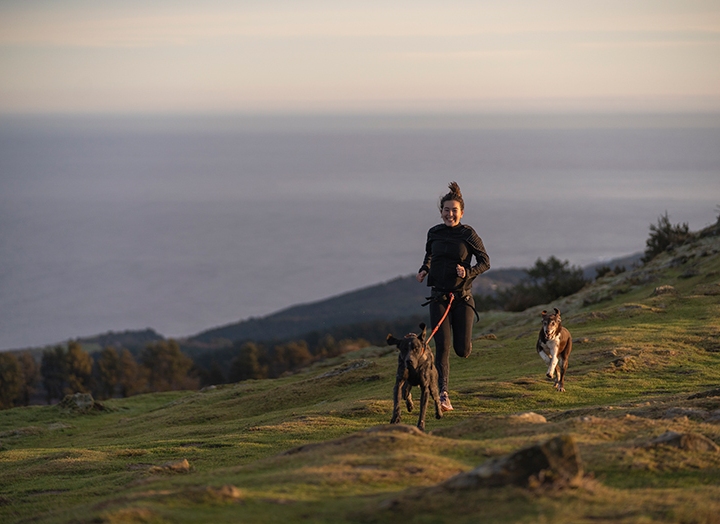 As people who want to stay active but get bored with gym routines pretty easily, we’re always on the lookout for more exciting ways to move our bodies (that, honestly, don’t feel as monotonous as alternating sets of squats and bicep curls).

So when we stumbled upon PureGym’s fastest growing global fitness trends for 2022, we immediately scanned the list for something fresh, and ended up noticing a bit of a trend within the trends, if you can believe it. It’s sweatsperiences—basically fun ways to exercise that don’t necessarily feel or look like exercise. In the spirit of shaking up our fitness norms, here are four sweatsperiences to try in 2022.

Have you ever thought, ‘Aerial yoga is fun, but I want something even wilder?’ PureGym found that searches for trapeze classes have increased by almost 39 percent since 2019. According Trapeze School New York, “Conditioning, body awareness, timing, trust, relaxation and a belief in one's ability to do more than one imagined are just a few of the benefits of flying.” Though trapeze might not be for some people with certain preexisting conditions or injuries, TSNY says that trapeze can be great for folks regardless of their athletic ability or fear of heights. And sure, you might not end up quitting your job and joining Cirque du Soleil, but you’ll at the very least get some cool pictures out of the experience.

Beer yoga—literally going through a yoga flow while taking sips of beer in between poses—has been around since the early 2010s, but searches for this boozy exercise have increased by almost 23 percent in the last three years. And it’s really not that surprising: People love beer and people love yoga. Plus, some folks say that adding beer to the yoga equation can make exercising feel less intimidating. Stephanie Serrano, a yoga instructor, told the L.A. Times, “Offering yoga in unique format styles brings in a different audience that might not have tried yoga in the first place. Hopefully, by doing that, they’ll learn something new about yoga…and it helps to clear your mind and build community.”

OK, this one isn’t quite as low impact as beer yoga, but still. Canicross is a combination of, you might’ve guessed it, canines and cross country running, and searches for it have gone up by 22 percent in recent years. Basically, runners affix a proper running harness to their dog and a bungee belt to their own waist and run. One longtime runner who only tried canicross a few years ago told the American Kennel Club, “I love Canicross because it’s not only a blend of my two favorite things, running and dogs,” she says, “but also because when your dog is leaning into the harness, your feet barely touch the ground. It feels like you’re flying.” Feeling like you’re flying while hanging out with your four-legged bestie? Sounds good to us. Find a Canicross USA chapter near you to get started.

Maybe your dream trip to Tahiti has gotten postponed three times since COVID started. Bummer, but you can still participate in at least one island activity from the comfort of the continental United States. Indoor surfing (searches of which have increased by 22 percent since 2019) might not provide the same views and ocean breezes of the real thing, but you better believe it’s similarly physically challenging. Surfset is a fitness brand with 29 locations around the country where you can use a machine designed to mimic the movement of a surfboard on water without the threat of getting wet (or a Jaws situation).

Wondering What to Eat Before a Workout? These Are the 7 Best Pre-Workout Foods, According to Fitness Experts