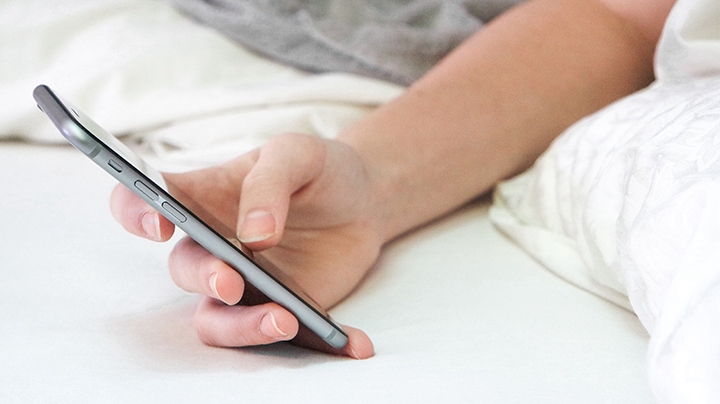 You spend nine hours a day on your office computer. You check Instagram in the elevator. You scroll through Twitter while you wait for your boyfriend to show up for dinner. You answer texts during commercial breaks of The Good Place. You check Insta Stories one more time (OK, three more times) before bed.

A study published in the Journal of American College Health followed 372 college students from two universities—a whopping 25 percent reported sleep texting, aka sending a text message after falling asleep. But the most surprising part? 70 percent of these sleep texters had no memory of doing it! It wasn’t until they checked their text message history the next morning that they realized they’d been typing some really weird stuff at odd hours.

There’s even a Twitter hashtag (#sleeptexting) devoted to the phenomenon. Hilarious sleep-text messages include: “Lips I dripped it,” “I legittt wish veggird were enough to fuelme,” and “It means Girls tonight. It I 10.” The study notes that mostly, the sleep texts are garbled messages as opposed to actual words, which is thankfully a lot less embarrassing than accidentally sleep-texting your ex a Shakespeare love sonnet.

The more we think about it, we realize it makes a ton of sense. Sleep talking and sleep walking are common. If we spend the majority of our days typing and texting, why wouldn’t we play out these activities in our dreams, too?

So go ahead. Check your phone’s history. We’ll wait.