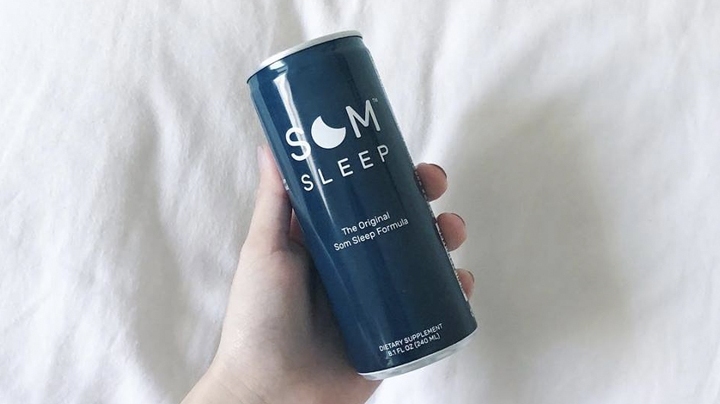 New York is the city that never sleeps—and that’s especially true at PureWow HQ, where a large number of our staffers report having trouble falling (and staying) asleep on a nightly basis. So what better place to test Som, a brand-new sleep drink that’s getting tons of buzz on the internet? Five of PureWow’s poorest sleepers tried Som for three nights. Here’s the verdict.

So what’s in it? The active ingredients are melatonin (which helps maintain a normal sleep cycle), l-theanine and GABA (which help promote relaxation) and magnesium (which helps decrease cortisol) and vitamin B6 (as deficiencies have been tied to insomnia). It’s also vegan, gluten-free and soy-free.

What does it taste like? Our testers tried both the sugar and sugar-free versions of Som, and everyone agreed that the one with added cane sugar—8 grams, to be exact—tasted better. (Admittedly, everyone thought that even the sugar-laced version tasted too artificial and syrupy. But we’re not in this for the taste, right, guys?)

And does it actually work? For starters, we were thrilled to discover that Som is certified by the National Sleep Foundation. And for good reason—all five testers noted that the drink definitely put them to sleep within 30 minutes of drinking the entire can. With the exception of one user who woke up every three hours throughout the night, the other testers slept soundly. Two users reported feeling so drowsy after drinking the entire can, they experimented by drinking only half the following night—and great news, the lower dose worked like a charm.

Would you use it regularly? Four out of five testers agreed they’d definitely use Som again, but because they woke up feeling noticeably groggy, they probably would stick with half a can, and might not drink it every night. But on those it’s-2-a.m.-and-I’m-still-tossing-and-turning nights (you know the ones), Som definitely does the trick. Four thumbs up out of five.