The Secret to Falling Asleep Super-Fast Lies in Your Feet. Yep.

An unexpected plus of a girlfriend sleepover: My bestie gave me a few pumps of magnesium oil to rub into my feet before getting into bed, and I drifted off, fast. I didn’t think much of it until a few days later when I had a massage and spied my bodyworker mix a few pumps of magnesium oil onto my neck and shoulders. Then, doing my wellness writer due diligence (i.e. searching social media), I discovered #magnesiumoil has more than 34,000 mentions on Instagram. What gives? I decided to investigate this sudden gusher of magnesium oil—while undertaking my own nightly pre-bed ritual at home.

I Spend Two Weeks Trying to Perfect My Sleep Routine, and I Highly Recommend You Do the Same 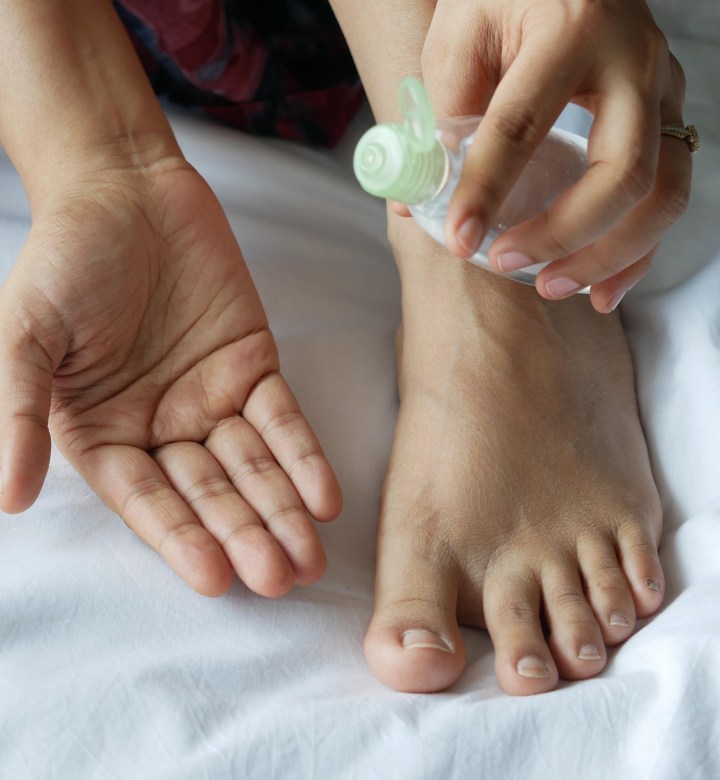 What is Magnesium Oil?

Magnesium oil is oil that’s infused with micro-particles of flaked mineral magnesium, a bio-nutrient with widespread undiagnosed deficiencies in the population. According to a 2018 study in the medical journal Open Heart, due to processed foods, decreases in food crop nutrient levels, medications and chronic diseases, the vast majority of people in modern societies are at risk for magnesium deficiency, and this deficiency should be considered a public health crisis. (Move over Vitamin D.) That’s because magnesium is found in every cell in your body, and it plays a role in brain function, bowel movement, muscle movement, energy and sleep, according to sports nutritionist Shawn Wells.

Yikes, how can I get enough magnesium?

So, now that I have your attention, how do you make sure to have your recommended daily 310 milligrams of this important mineral? The best way, according to medical professionals (and it must be said, moms everywhere) is to eat your leafy green vegetables, legumes, nuts and seeds. But that adds up to approximately 4 or 5 servings of freshly steamed spinach, baked potato with skin, edamame and…frankly I’m going to just come clean here and confess many days I maybe only get one serving. And while I don’t seem to have many of the early signs of profound magnesium deficiency, which according to the National Insitutes of Health are “non-specific and include loss of appetite, lethargy, nausea, vomiting, fatigue and weakness,” let’s just say the condition is now on my radar.

Besides pounding whole foods, you can supplement your dietary intake with popular nutrient drinks like Athletic Greens or Moon Juice Magnes-Om, but it’s the pre-bedtime foot rub I was curious about. There’s a home ritual that bath addicts such as myself have undertaken for years—soaking in a hot bathtub filled with Epsom salts, which are crystallized magnesium and sulfate that are named for the mineral springs in England where they were popularized. While it’s a home remedy for stress and muscular aches, has it ever been scientifically proven to absorb into the body’s tissue or bloodstream? Not according to the NIH. But still, I exercise, and I soak.

So does magnesium oil work?

Just like with transdermal absorption of magnesium flakes in water, there’s no scientific proof that magnesium oil rubbed onto the epidermis actually penetrates the skin. However, a 2017 NIH paper recommends further study of magnesium creams on a larger population than the small studies that have been done so far, since “magnesium might be able to get into the lymphatic system beneath the dermis and enter the circulatory system, bypassing the regulation through the GI tract and hereby increasing serum magnesium.” So, that’s a big “unclear” from the scientific community; however, my anecdotal use—massaging a couple pumps of oil on my feet before sleeping—has been a big win. Is it the relaxing manipulation of muscle that’s sending me to sleep fast? Or, as reflexology would explain it, am I sleeping better because I am releasing blocked chi? Am I just having a happy moment of self-care, so “centering myself” per all those meditation apps I’ve tried, then abandoned? The cause of my fast sleep isn’t so easy to pinpoint, but let’s just say my feet are more supple and soft than ever before thanks to the oil, and I’m sleeping like a baby. (A baby that’s getting all her magnesium.)

Magnesium Oils to Buy and Try 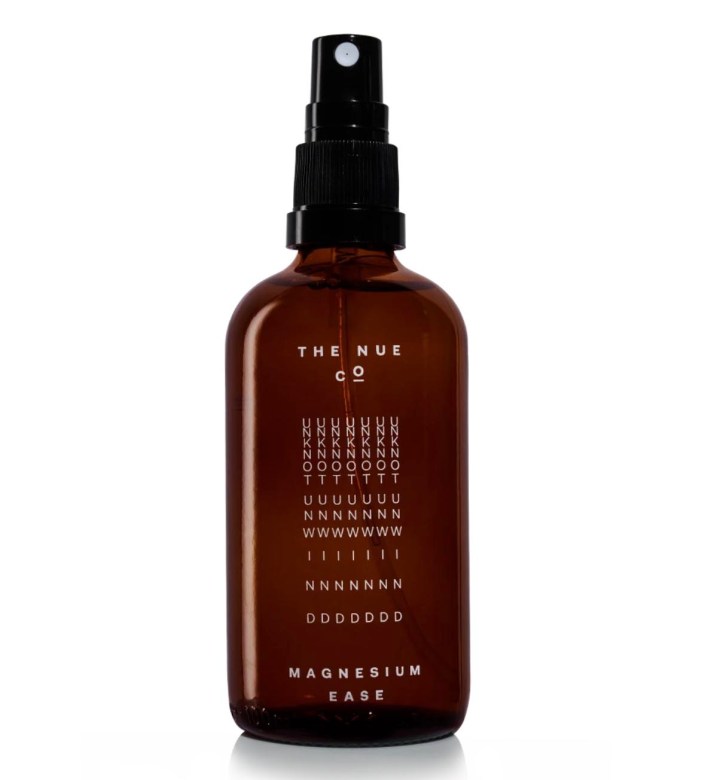 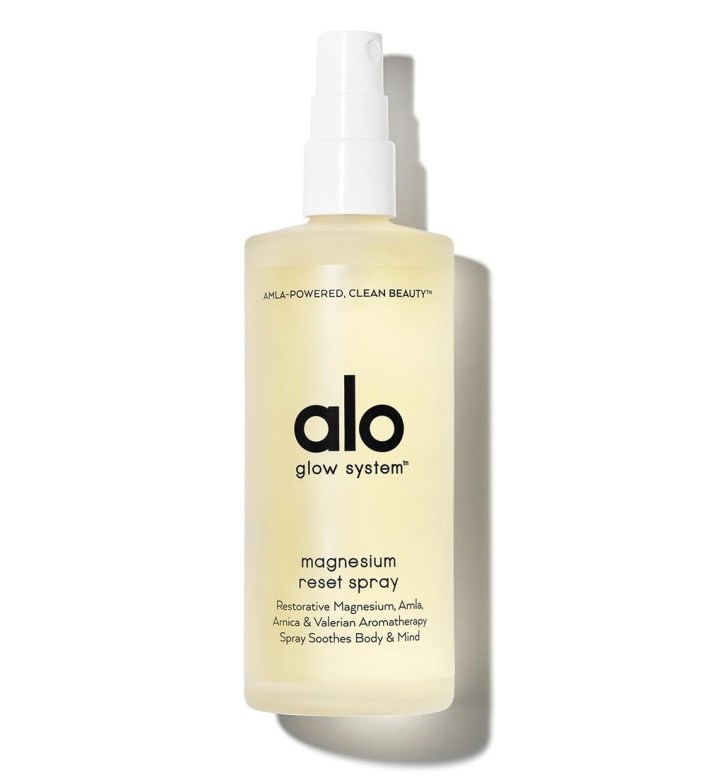 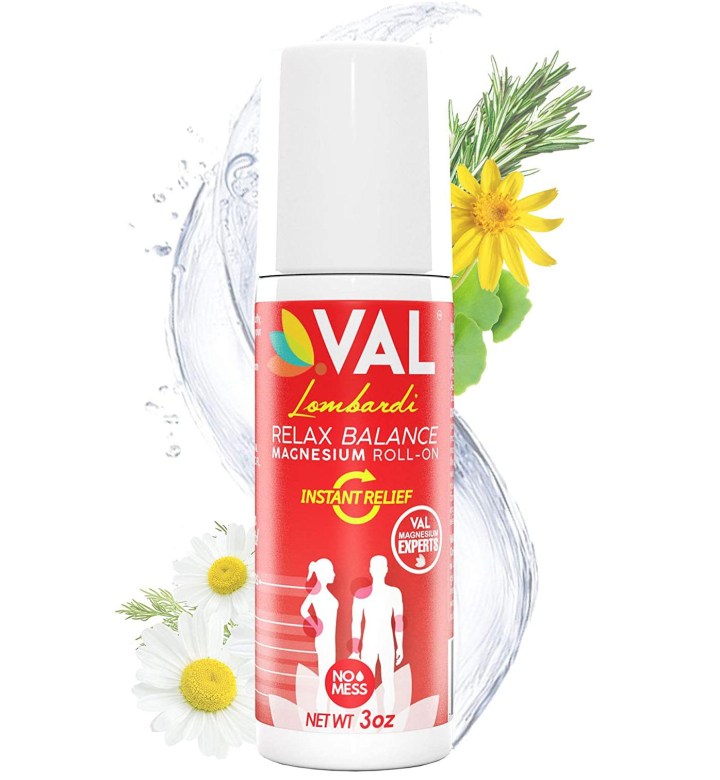 A three-ounce roll-on with camphor is travel-handy.

I Took Ashwaghanda Every Day for Three Months and Now I’m a *Much* Less Stressed Human.