I Tried an Ancient Gua Sha Massage, and I’m Going Back for More 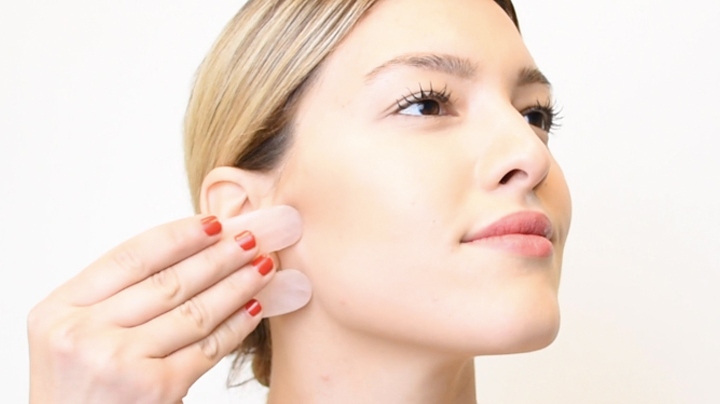 In the annals of body treatments, I have *lived.* I’ve floated in sensory deprivation tanks in Eastern Europe, attended Native American–inspired detox rituals in New Mexico and had impurities sucked from the soles of my feet in San Diego. But never have I experienced the mythic speedball of massage—an experience that both chills you out and energizes you—until I had the new gua sha massage at The Now.

Full disclosure: Perhaps half of the thrill was from the peppermint CBD balm that my masseuse used on me. And another half was her expert deep Swedish strokes deployed during the first half of the treatment. But that leaves another full half thrill (or something like that—I tell you, this is intoxicating!) for the gua sha (pronounced “gwahsha”) technique, a style of massage in traditional Eastern medicine that uses a tool to lightly scrape the skin along energetic meridians. (Here’s a peek.)  Gua sha is supposed to help release stagnation and promote regeneration in the areas of focus.

Having heard about this modality, I innocently googled it. Do not do this! Wikipedia describes it as “pseudomedicine” and shows a scary pic of someone with bruises on their back from what looks like a super-vigorous scraping. Well, after my session at The Now massage studio and boutique, my skin wasn’t mottled at all. As a matter of fact, even though I hadn’t had enough sleep in a while, my complexion glowed—and I didn’t even nod off during the session (I’d planned to grab a massage cat nap). I felt stimulated, not subdued.

The combination of the peppermint CBD balm (tingling, beach-breezy) and long, medium-pressure strokes of some sort of tool (hey, it was dark and I was facedown—I later learned it was polished flat rose quartz) along my arms, legs, back and neck seemed to get my blood pumping in ways most massages don’t. So the net effect was one of calm wakefulness and clearheadedness instead of my usual fuzzy post-massage brain. I can’t weigh in on whether it promotes skin elasticity, lymphatic drainage or any sort of long-term relief from tight muscles and stiff joints (after all, my masseuse had already worked out the kinks in my back using Swedish massage kneading). So, “bah” I say to Wiki’s opinion of gua sha. My session felt delightful, and I’ll be heading back for more.

5 Skin Care Trends You Need to Know, According to Bona Fide Beauty Innovators