Gaslighting at Work: 10 Signs Your Coworkers or Boss Are Messing with You 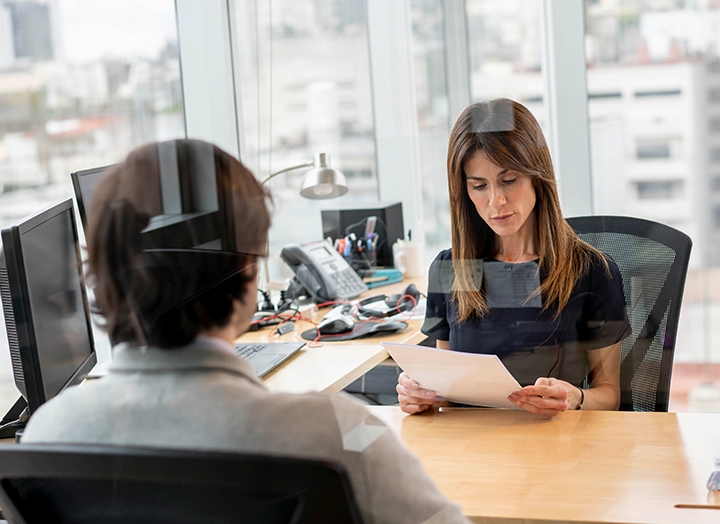 You’ve heard the term gaslighting used when it comes to relationships or politics, but what about in the workplace? Can that level of manipulation really occur in a professional context? In a word, yes. Here’s how to spot it—and stop it—when you see it.

First, What Is Gaslighting?

The phrase first hit the social and cultural zeitgeist via a mystery thriller called Gas Light, written by British playwright Patrick Hamilton in 1938. The play was brought to life on stage in 1940 and was well-received. In fact, it ran for nearly 1,300 performances. Soon after, in 1944, it was made into a film starring Ingrid Bergman and Charles Boyer, yet another credit to its popularity. The plot follows diabolical husband Gregory (Boyer) as he aims to drive his wife Paula (Bergman) slowly and steadily mad by making false accusations, calling up fabricated memories and denying previous statements.

Still, gaslighting in real life doesn’t always look like it does on screen. The ‘80s movie portrayals of it are notoriously cliché. (Come on, Sigourney Weaver’s character totally gaslighted Melanie Griffith’s in Working Girl.) Examples of gaslighting in our daily lives run the gamut from a colleague who says you’re misinterpreting another coworker’s behavior (a denial of your perspective on events) to a boss that promises you that today is the day she’s going to raise the subject of your career trajectory to the CEO (an action that leads you to believe progress is happening when in fact she’s placating you and never brings it up).

Gaslighting can also be unconscious a lot of the time. Think about that direct report that never changes her behavior no matter how many times you give her feedback. The end result is you in your office questioning your efficacy and ability to manage/lead—not her intention, but it’s how her actions made you feel. It can also take on sexist or racial undertones.

Bottom line: Gaslighting in any form is a destructive and corrosive behavior. It’s also a common character trait of abusers, narcissists and cult leaders, according to Psychology Today. In the office, a lot of times it’s a power play and one that leaves the victim feeling confused, weak and, well, powerless.

What Is Gaslighting in the Workplace?

Gaslighting at work is when a person—typically a colleague or manager—invalidates what you know to be true, forcing you to question the facts and, ultimately, yourself and your ability to do your job. In other words, they’re twisting (either accidentally or intentionally) information, words and behavior to make you feel confused, trivialize feelings and block you from success, explains Vicki Salemi, career expert and coach for Monster.com.

A reminder that gaslighting isn’t always an aggressive or malicious behavior where someone is up to no good. There are smaller slights to consider when it comes to gaslighting in a professional environment. For example, a boss that lays out expectations on a project, but when you meet them, tells you the standards she measures work against have changed. It could even be someone continually forgetting to invite you to an all-hands meeting—an accidental omission, but one that leaves you repeatedly confused about information pertinent to your job that was discussed.

Gaslighting at work can also be a prickly form of self-defense. Hey, there’s a reason that a grievance brought up to a manager is met with a deluge of excuses, all of which fail to address your original point and change the subject so much you forget what you were trying to say.

And since gaslighting at the office follows the pattern of repeat offenses that build up over time, it makes it difficult to recognize until it’s gone too far (i.e you’re left feeling frustrated and joyless and complacent about the actual work). “Similar to working for a toxic boss who disrespects you, you may start becoming numb to gaslighting and stop questioning the invalid information or, worse, second-guessing your own information,” she adds. That loss of confidence has a direct impact on the quality of your work and comfortability when it comes to presenting new ideas.

10 Common Examples of Gaslighting by a Boss or Colleague at Work:

1. The gaslighter says they never got the presentation you definitely turned in on time. You have the “sent” receipt in your email outbox, but somehow, you’re the one on the phone with IT trying to sort out the “technical failure” that prevented it from going out.

2. The gaslighter gets defensive and challenges your perspective, lashing out when you bring up an issue that matters to you. Like when they left you questioning your emotions and feelings after bringing up an uncomfortable exchange that took place in a meeting. Maybe you imagined it? But you’ll never bring that up again.

3. The gaslighter peppers in positive reinforcement, but only when you’re nearing your breaking point. They’ve admonished you for every little thing time and time again, but right when you’re at your end, they’ll throw in a couple of compliments. Were you imagining their hatred and meanness this whole time?

4. The gaslighter makes a racist or sexist comment only to condemn it when other colleagues do the same thing. You’re left wondering how to proceed and also confused about their perception of reality.

5. The gaslighter downplays any mention of race. They say things like, “don’t play the race card,” or “all lives matter,” both forms of racial gaslighting at work.

6. The gaslighter borrows and replaces items on your desk without asking. A seemingly minor offense, but one that makes you feel like you’re going crazy trying to locate a pair of scissors you swore you had.

8. The gaslighter says it’s fine to skip that a.m. meeting. Except it wasn’t and the next thing you know, the same person who gave you permission to sit that meeting out is emailing you questioning your whereabouts.

9. The gaslighter collects information from you on repeat, but you eventually learn that they are only selectively listening. Wait, didn’t you give them that information last week? Are you losing your mind?

10. The gaslighter changes company policies to suit their own objectives. Limited vacation days? Dress code? Sick day policy? All are subject to change based on your manager’s whims and mood, which makes it difficult to know what the rules are and how you can avoid breaking them.

Ask Yourself These 3 Questions to Identify a Gaslighter:

According to Salemi, anyone can be a gaslighter, whether it’s a colleague, a boss, someone in authority or someone you manage.

But there’s an important distinction to keep in mind, she explains. “A bad boss is someone who takes credit for your work while a manipulative gaslighter is someone who says you didn’t submit the work when you know for sure you did.”

So, how do you spot a gaslighter when the difference can be so subtle? Ask yourself these three things:

1. Is this person trying to dominate and control situations and conversations?

2. Is what they’re saying actually not true?

3. Is the gaslighter breaking societal norms and rules by shaming, humiliating and essentially bullying you?

If you answered yes to any of these questions, the odds are good that you are being gaslighted at work.

Another common trait of a gaslighter is that they consistently try to boost themselves up while marginalizing people they perceive to be weaker.

“A lot of times, gaslighting in the office is done by someone who’s more senior than you or someone who is well-liked, so it can be more challenging for you to identify the behavior and stop it given their authority/seniority,” Salemi adds.

Here’s How to Put an End to Gaslighting at Work

Per Salemi, there are a number of ways to put an end to gaslighting at the office.

1. Document everything. Keep a diary, write down what was said or if it’s over an email, create a folder in a non-work account. Also, recap conversations that were had with the gaslighter in writing by including bullets of what was discussed.

2. Be direct. You can try to address the situations directly with the gaslighter—and again, document what was said after the fact—but be prepared that they may deny everything and seem more defiant and belligerent.

3. Talk to a colleague you can trust. If it feels safe, bring up what’s been happening and ask if they’ve been harassed in this way as well. That way, when you approach HR, you can potentially enlist the group to be a united front.

4. Bring documentation to any meeting with your boss or HR. That folder you’ve been keeping? You want to have it on hand, whether your meeting is with colleagues or on your own. Talk about the toxic gaslight behavior with examples. Companies typically outline ways to address harassment—gaslighting definitely counts as one—so you can also refer to company guidelines for next steps. There may even be an anonymous company hotline you could use to report this.

Bottom line: Maintain your professionalism throughout the process of reporting any gaslighting and rely on peers and mentors outside the office to remind you of your worth. (It’s not easy, but don’t let the gaslighter win by taking away your confidence and skills.) “The reality is, despite documentation and reporting the bad behavior, you may not be able to put a stop to it,” Salemi adds. “But the good news is that healthy work environments exist. If you’re experiencing gaslighting at work, pursue job opportunities away from that as soon as possible. Remaining in this toxic environment—even while working remotely—could stall both your career and your mental health.”