Here’s What a Nutritionist Thinks You Should Never, Ever Do When Nixing Sugar from Your Diet 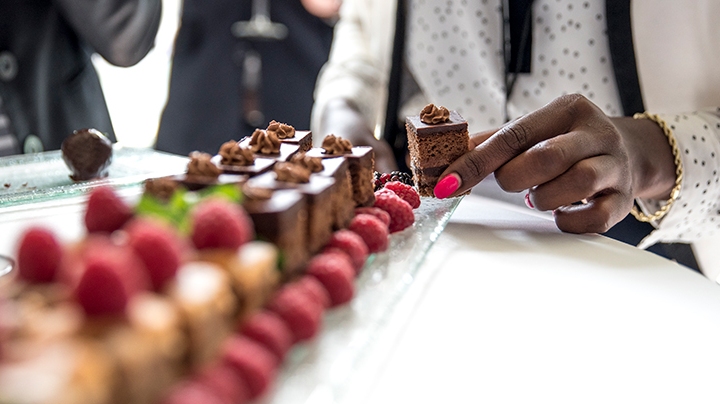 You meant to lay off the sweets, you really did. But, like clockwork, there you are at 4 p.m. frantically reaching into a bag of chocolate-covered almonds. No, it's not just you: Quitting sugar is hard.

And as it turns out, it’s not just a willpower issue: According to researchers at the University of Michigan, sugar can be addictive in a similar way to drugs and alcohol—including inducing withdrawal symptoms when you try to stop eating it. A 2008 study at Princeton University found that when a test group of rats' sugar supply was taken away, "the rats’ brain levels of dopamine dropped and, as a result, they exhibited anxiety as a sign of withdrawal. The rats’ teeth chattered, and the creatures were unwilling to venture forth into the open arm of their maze, preferring to stay in a tunnel area. Normally rats like to explore their environment, but the rats in sugar withdrawal were too anxious to explore." Yikes, right?

We checked in with Dr. Jim LaValle, R.Ph., C.C.N., a clinical pharmacist, author and board-certified clinical nutritionist, for his tips on cutting back on sugar without going crazy. One method he advises against trying in an attempt to be healthier? Quitting cold turkey. First of all, cutting out all sugar is virtually impossible (consider the many health benefits of fruit, which contains natural sugar). But even if you're weaning yourself off of the processed stuff, Dr. LaValle says taking a slower approach could be the key to long-term success.

“If you normally take two teaspoons of sugar in your coffee, cut down to one for a week, then one-half the next week,” he says. “Eventually, you’ll get to the point where you won’t need sugar at all.”

3 Ways to Kick Your SugarHabit for Good, According to a Nutritionist

The Common Cold Versus COVID: A Doctor Explains How to Tell the Difference