I Tried Flower Essences for a Month to Reduce Stress. Here’s What Happened 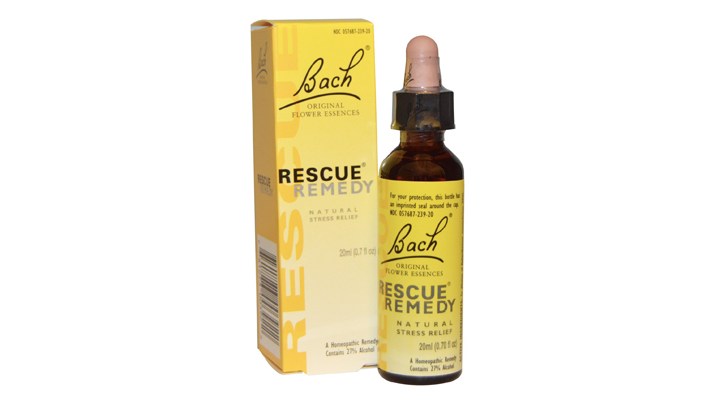 OK, I admit it: I’m a stress-ball. On any given day, I’m high-strung at best (why feel calm when there’s always a looming doctor appointment or terrifying barre class to freak out about?). But this year, while simultaneously planning a wedding, releasing a book and working full-time, my anxiety has been totally off the charts. Bottom line? I’m desperate and willing to try anything.

So after reading about flower essences and their holistic claim to calm even the most frazzled nerves, I was ready to give it a shot. For the uninitiated, flower essences are infusions created from a flowering plant, and each is touted to help a different ailment. Bach Rescue Remedy Natural Stress Relief ($21 for two) contains rock rose, clematis, impatiens, cherry plum and star of Bethlehem, an elixir that is supposed to keep you calm and level-headed. So I put a few drops of the stuff in my water bottle and sipped the concoction slowly throughout the day. During extra-tense moments, I sucked on Bach Rescue Remedy Pastilles ($6) as needed. (And oh, I needed them.) Here’s what happened.

At first, I was extremely suspicious. I read up on some scientific studies about Bach Rescue Remedies, and the phrase “placebo effect” was thrown around. A lot. So when I carefully dipped my toe into the waters of flower essences, I started with the pastilles. They were chewy and surprisingly flavorless, sort of like stale gummy bears. At first, they didn’t do anything. During especially high-adrenaline moments at work, I still felt just as jittery and off-kilter as I always did, except now, instead of grinding my teeth, I was chomping on pastilles. But once I started adding the essence drops into the mix, I realized I was starting to feel a bit calmer. After a few gulps, I was...serene. Maybe this stuff was working after all.

Then, I actually started to love the ritual. Every morning, I’d wake up, put a few drops of flower essence in my water bottle and drink the entire thing. Like sipping a cup of hot tea, the act of doing a little bit of good for myself (or, you know, purported good) was enough to start the day on the right foot. I can’t say it always kept me calm throughout the day, but the whole routine felt very soothing.

But did it work? After about a week, something really cool happened. I was still feeling the same stress symptoms—sweaty palms, pounding heart, shortness of breath—but when I started to feel the nerves coming on, I’d take a sip of my flower essence water, and it would gradually subside. Instead of spiraling into a panic, I trusted that by being patient and sipping my “treatment,” the feelings would eventually pass. It’s probably more of a mental exercise than anything else, but if the flower essence was what got me there, I’m still counting it as a win.

Oh, flower essences. After 30 days of regular use, I honestly still have no idea if you actually do anything, or if it was all in my head. But you did get me through one of the busiest, most stressful months of my life in one piece. And for that, I thank you. Pastille, anyone?

I Drank Only Crystal-Infused Water for a Month. Here’s What Happened

wellness
by Alexia Dellner
The 20 Best Sex Toys on Amazon, According to Enthusiastic Reviewers
wellness
by Destinee Scott
Lelo Sex Toys Are on Sale So You Can Have a Valentine's Day for the Books
wellness
by Jaime Wright
Your Weekly Horoscopes: February 5 to 11, 2023
wellness
by Sarah Stiefvater
Movement Snacks Are the Easiest Way to Exercise When It Feels Like You Have Zero Time
wellness
by Ariel Scotti
21 Online Dating Tips from an Expert (& Women Who Met Their Spouses on ‘The Apps’)
wellness
by Rachel Bowie
Valentine’s Day Is the Epitome of Cringe, but Here’s Why I’m Doubling Down