There’s Now a Toy That Moves Faster the Louder Your Children Yell Because…WHY? 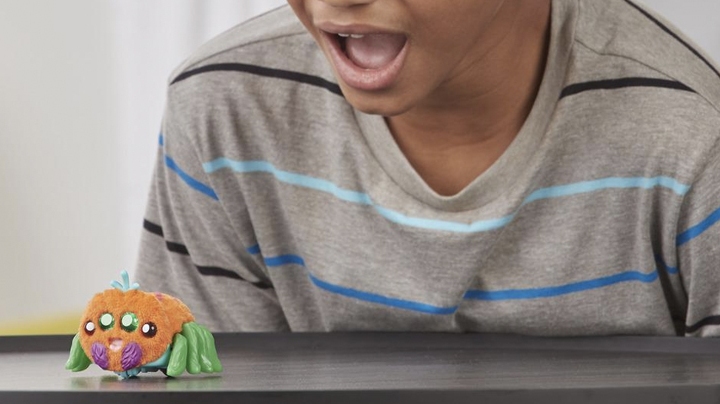 There’s kind of an unspoken rule among parents when it comes to toys: the quieter, the better. Legos? Great. Drum set? Not so much. With that in mind, we’re really scratching our heads at one of 2018’s most popular items, the Yellie.

For the uninitiated, Yellies are fuzzy, animatronic spiders (Hasbro calls them “Spooders”) that respond to your voice—a cool concept, until you realize there’s a catch. The louder your kid yells, the faster the toy moves. Basically, this creates a post-apocalyptic nightmare loop of terrified screams with a spider rushing at you faster each time. That sounds…fun?

The arachnid toy (which retails for $15, if you hate yourself) was so popular for the holidays that new, less terrifying characters are being added to the lineup (lizards and rabbits, which are marginally better than a “spooder”).

And if you’re wondering about the reviews, they’re surprisingly positive. Here’s a sample: “This thing is crazy. My son loves it…however, all of the adults, not so much. If you purchase this, you may want to invest in some earplugs as well.”

But Yellies aren’t the only loud (and annoying) thing to invade our households (and haunt our dreams) in recent months. “Baby Shark” (you know, the South Korean ear worm with almost no lyrics and a lot of “doo doo doos”) actually hit 32 on the Billboard Top 100 in the past month.

So which would you rather? “Baby Shark” on loop or screaming kids and racing spiders? One thing is certain: Whoever came up with this idea definitely doesn’t have kids.