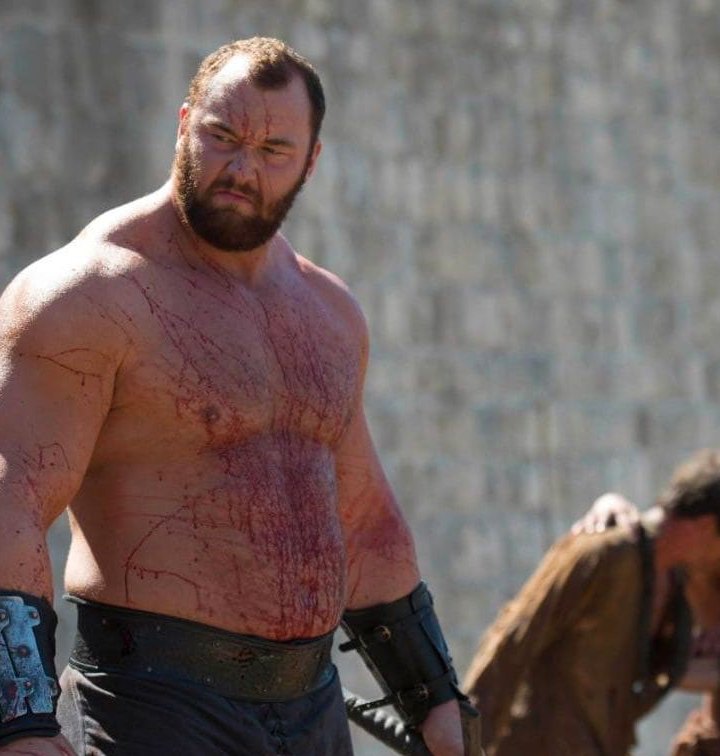 Movie-length episodes. An epic battle that makes the Battle of the Bastards look like a playground skirmish. “Monumental” set pieces and episode budgets in the ballpark of $15 million.

Yep, we already know Game of Thrones season eight is going to blow our minds. And now, Hafþór Júlíus Björnsson, who plays Gregor “The Mountain” Clegane, just took it a step further.

In a recent interview with Mashable, Björnsson said that season eight was “the hardest season I’ve filmed for Game Of Thrones.” It was also the first time he ever had to have a stunt double do some of his parts (basically because they were so damn grueling).

“All the seasons prior to this season that we just finished filming, I never had stunt doubles. I always did everything myself,” Björnsson said. “But the last season I filmed, the season that hasn’t been shown on television, I had a stunt double there.”

When a 6-foot-9 strongman requires a stunt double, we know we’re in for one helluva (dragon) ride.

The Icelandic actor also revealed what he eats in a day, and we’re kinda jealous. First, he starts with a breakfast of six eggs, six pieces of bacon and one cup of rice. He then follows up that tasty little snack with five (!) more meals. Those five meals EACH consist of up to ten ounces of steak, about a cup of rice, peppers, carrots and chicken stock poured over the whole shebang. (And we thought last night’s Domino’s was a heavy hitter.)

We guess he’ll need all that fuel to protect Queen Cersei and square off against his bro The Hound in the final season. (Team Hound all the way though, you guys. Sorry, Gregor.)