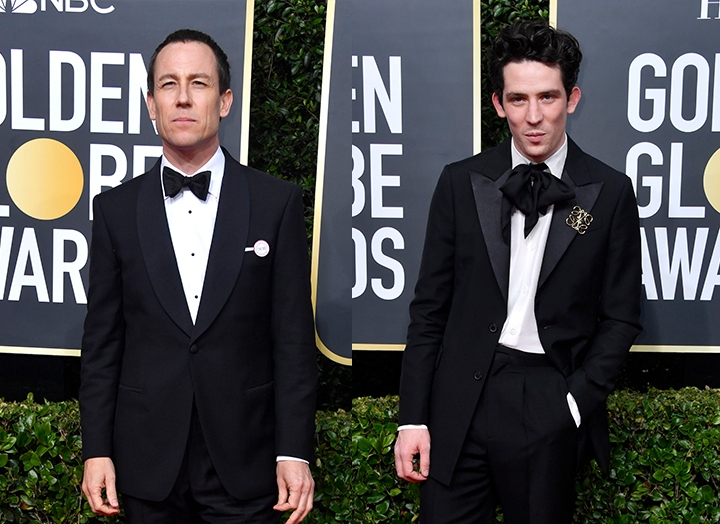 This just in from the 2020 Golden Globes—and PureWow’s own entertainment and news editor Lex Goodman, who’s reporting live from the red carpet: Prince Philip Tobias Menzies and Prince Charles Josh O’Connor from season three of The Crown not only walked the red carpet together, but when the crowds got heavy, they fell into regal order, too.

Yep, according to Goodman, after the pair—who just joined the cast of the hit Netflix show this year—spotted each other across the way, they zigged and zagged their way into the Beverly Hilton with Menzies leading the way.

As dutiful Crown super fans (and real deal royal family experts as well), we’re all quite familiar with the fact that it’s customary for royals to enter any formal event in order of succession. In other words, if the pair were in character, Menzies—ahem, Prince Philip—would absolutely lead the way ahead of his fictional son, O’Connor’s Prince Charles.

Bravo, guys, for keeping things authentic. Also in from Goodman: The duo seemed to truly be real life friends with each other. After making their way through the masses, they both had massive smiles on their faces, she added.

Those smiles may also be because they're pretty much a shoo-in to win big tonight. Good luck, guys!