As you might already know, Courteney Cox's first big break in the entertainment industry took place in 1984, when she was featured in the music video for Bruce Springsteen's hit song “Dancing in the Dark.” In the video, Cox gets pulled on stage at the St. Paul Civic Center and dances with Springsteen as he finishes singing the anthem. Soon after this clip premiered, Cox started landing small television roles before eventually nabbing the part of Monica Geller on Friends in 1994.

But as it turns out, the actress's love of rock 'n' roll goes even further back than that Springsteen video.

Long before that clip was ever released, Cox had a run-in with a different famous musician: Sting. When she was only a teenager, Cox posed for a few photos with the lead singer of The Police.

Now, Cox debuted another photo from the meet-and-greet in honor of the musician's 70th birthday. She shared the pic to her Instagram Story and said, “Happy Birthday Sting! I can honestly say it does NOT feel like yesterday @theofficialsting.” 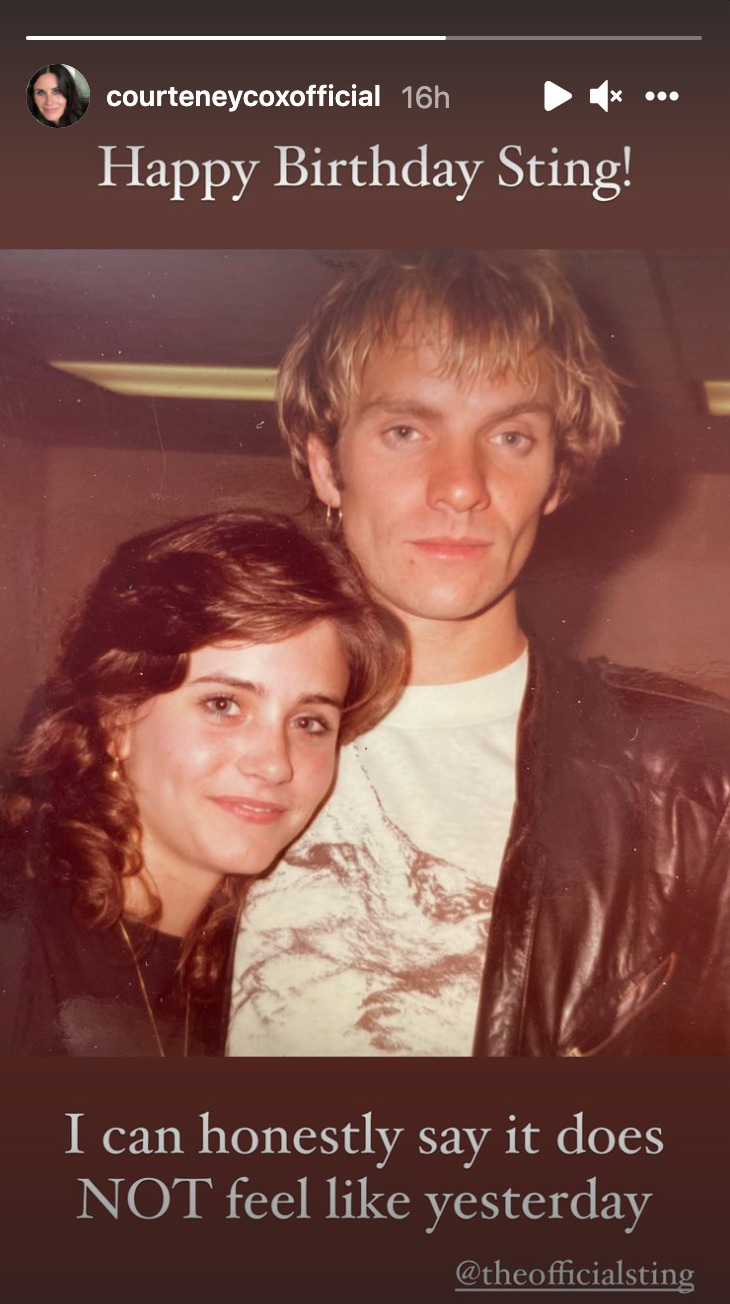 In the snap, young Cox is sporting a black top with a gold necklace and dangly earrings. But the most shocking part of the photo is her hair, which has changed dramatically over the years. In this picture, she is rocking some seriously curly locks with a thick set of side swept bangs. Next to her, Sting is seen wearing a white tee under a black leather jacket, along with one gold hoop earring.

We love finding out about the accidental meeting of two legends.