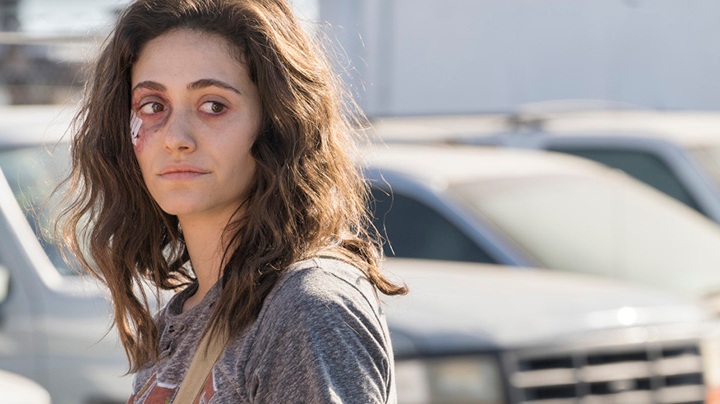 Shameless is already teasing Emmy Rossum’s departure, and we’re in no way prepared for what’s to come.

In a recent interview with The Hollywood Reporter, executive producer John Wells opened up about the season nine midseason finale and discussed Fiona’s (Rossum) impending exit. Although the character is clearly on a downward spiral (you know, moving home, selling her apartment and drowning her sorrows in alcohol), there’s still more to the story when the season resumes in January 2019.

“It’s really about who we depend on when we hit our low spots: Who do you turn to and who picks you up and who helps you get back up on your feet,” he said. “This show has always been about the family and how they, in their own complicated ways, step up for each other. So that’s really where it goes in the second half.”

But don’t worry. Wells confirmed the character’s departure will be “rewarding and appealing,” similar to Cameron Monaghan’s (Ian) exit.

“It’s a little surprising and yet makes perfect sense,” he continued. “People leave, particularly someone like Fiona, who has cared for and basically raised her siblings and been their primary parent for so long. There’s a moment where you realize that they don’t need you in a way that they did before and if you continue to try and make them need you, you’re actually impeding their ability to become adults. You have to decide, ‘Who do I want to be when my identity isn’t primarily formed by the responsibilities I have for raising my own brothers and sisters?’”

Sounds like a real tearjerker if you ask us.

RELATEDTwo TV Veterans Are Shaking Up Season 9 of ‘Shameless’