Between her catsuit and tutus, no one has pushed the boundaries of tennis fashion more than Serena Williams. The 37-year-old 23-time Grand Slam winner upped the style ante yet again at a Nike Queens of the Future event yesterday alongside fellow tennis stars Maria Sharapova, Naomi Osaka and Sloane Stephens.

Williams arrived on the court wearing a white Nike Air tank (here’s a similar one on sale for $25!) and a royal-blue-and-white color-block windbreaker with a yellow tartan print flourish and red-and-blue stripe. She paired the look with colorful Nike sneakers and wore her hair natural and smoothed into a side part. The part of her outfit that spoke the loudest, however, was that pair of electric blue bike shorts. 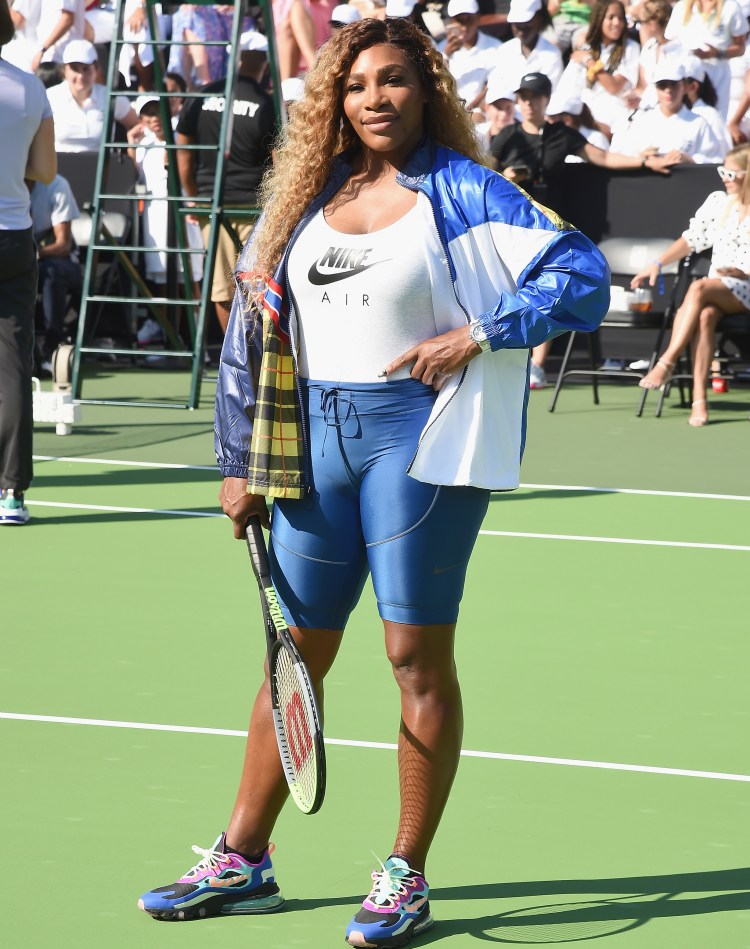 Although bike shorts have risen to prominence in the street style world, they have yet to make a real splash on the tennis court. Williams, naturally, is setting the trend. She first wore bike shorts during a charity badminton match against Rafael Nadal way back in August 2018 and she has also famously worn them under her Virgil Abloh x Nike US Open tutus.

The exact outfit Williams wore to yesterday’s event isn’t available, but Nike does have some pretty cute pastel-and-black bike shorts ($45) that are similar in cut…if you’re into that sort of thing.

The resurgence of bike shorts has been a polarizing one (although not as much as high-heel flip-flops), but Williams makes a strong case that these ’90s relics might just be here to stay.

RELATED I Tried—and Failed—to Wear This Season’s Biggest Trend, but Learned a Lot in the Process