It's been three years since we've seen any new episodes of the chilling dystopian series Black Mirror, but last month, production on the sixth season finally began, and it looks like the show's creators are bringing in some major names to help increase the hype even further.

In a new report from Variety, it was revealed that two stars are in talks to join the show: Salma Hayek (Eternals) and Annie Murphy (Schitt's Creek).

While these two haven't officially signed on yet, it is looking likely that they will join other huge celebs who have signed onto the show, including Zazie Beetz, Paapa Essiedu, Josh Hartnett, Aaron Paul, Kate Mara, Danny Ramirez, Clara Rugaard, Auden Thornton, Anjana Vasan and Rory Culkin. 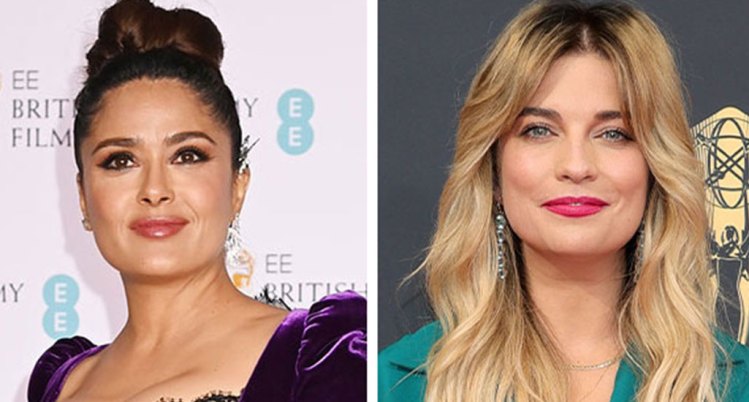 This isn't the first time Black Mirror has recruited star power for its episodes. Past seasons of the hit anthology series have featured the likes of Miley Cyrus, Jon Hamm, Jesse Plemons, Cristin Milioti, Bryce Dallas Howard and many more.

But, while we're thrilled at the thought of Hayek and Murphy joining the show, details around the sixth season have been kept very hush-hush. Still, we did learn from Variety that the next installment will feature more episodes than the previous season (but that's all we know for now).

Following the close of Schitt's Creek, this would be the next big project for Murphy, who starred in the new AMC series, Kevin Can F**k Himself in 2021, as well as guest-starred in the newest season of Russian Doll.

Meanwhile, Hayek has stayed busy this past year as well, with leading roles in Eternals and House of Gucci.