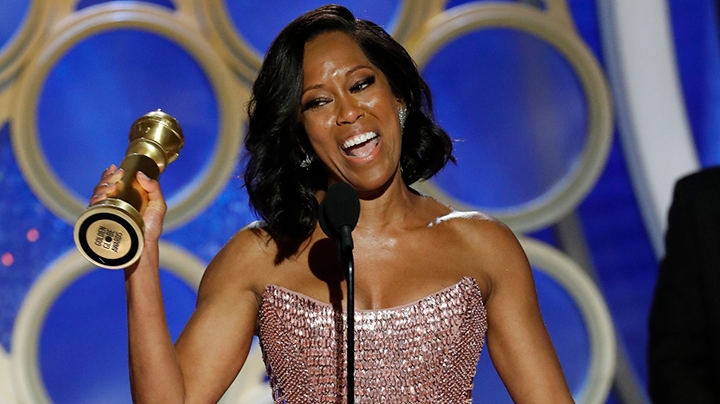 Regina King just made a super-special promise in honor of her win at the 2019 Golden Globes.

Yesterday, the If Beale Street Could Talk star, 47, took home the award for Best Performance by an Actress in a Supporting Role. During her acceptance speech, King discussed the #TimesUp movement before vowing to celebrate women in all her future projects.

King also encouraged others to do the same, adding, “And I just challenge anyone out there who is in a position of power. Not just in our industry, in all industries, I challenge you to challenge yourself and stand with us in solidarity and do the same.”