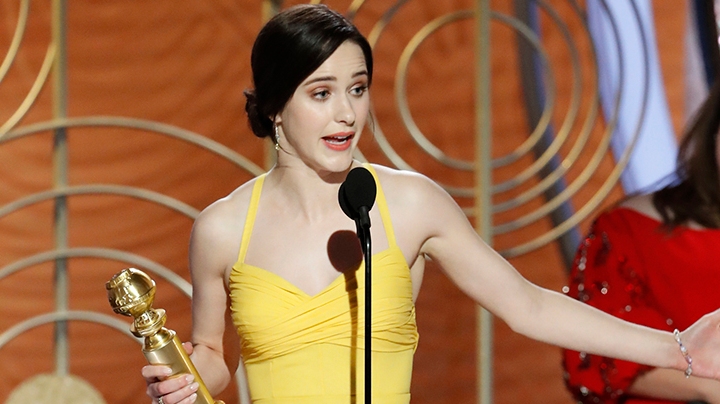 While we wouldn’t blame Rachel Brosnahan for chugging an entire bottle of Champagne after her Golden Globes win, the 28-year-old actress celebrated the honor in a different—albeit respectable—way.

After winning the award for Best Performance by an Actress in a Television Series (Musical or Comedy) at last night’s 76th annual ceremony, Brosnahan discussed her, um, unusual after-party plans during an interview with E! News.

“I do want to get to In-N-Out before it closes,” she said, referring to the popular burger chain.

This isn’t Brosnahan’s first Golden Globes win. In fact, the actress won the same award at last year’s ceremony, making her the first person since Tina Fey in 2008 to win her category twice.

Nevertheless, Brosnahan confirmed that her candid reaction wasn’t rehearsed, adding, “I’m completely freaking out. I’m really just thinking about all the people I forgot to thank. I was embarrassing unprepared for that. It’s wild. This job has been one of the best experiences of my life.”

Here’s to hoping she changed out of her Prada dress before digging into an order of Animal Style fries.