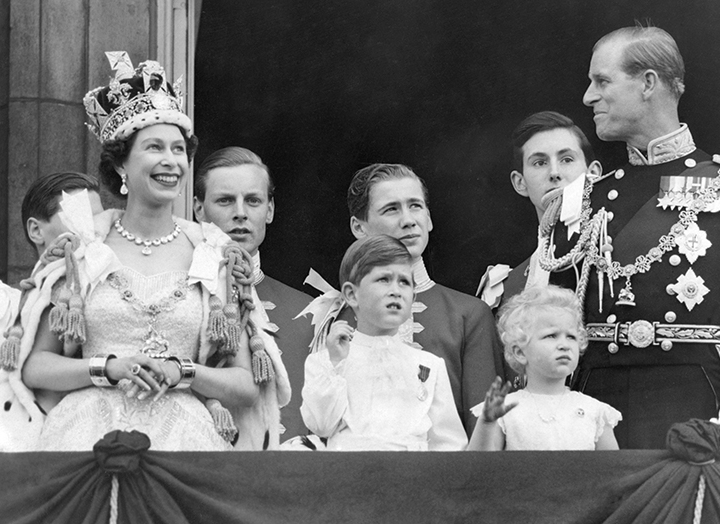 Looks like Prince Charles was eager to wear the crown way before he even knew what it was. And according to a new report, he almost got his “paws” on the most important one, just before his mother’s coronation.

Lady Anne Glenconner, who served as one of Queen Elizabeth’s attendants, recently paid a visit to Annoushka Ducas’s new podcast, My Life in Seven Charms, and opened up about the famous Imperial State Crown worn by Her Majesty on her coronation day in 1953.

As one of the monarch’s coronation maids, Glenconner was asked by the podcast host if she had ever tried on the magnificent bejeweled crown. Turns out, she had no interest. “I wouldn’t dare touch it. No, no— completely sacred," she responded, according to People.

However, a certain four-year-old prince made an attempt to get his hands on the bejeweled piece, which nearly resulted in a major mishap. Glenconner explained, “Prince Charles got his paws on it, however old he was when we got back to Buckingham Palace. Because she [Elizabeth] took it off, put it on a table and Prince Charles made a beeline for it. And we thought he was going to drop it. We thought, 'Oh my goodness, that would be a bad omen.' But luckily, I think my mother, as a lady-in-waiting, seized it from him and took it away." Crisis avoided.

The crown’s impressive weight comes from all of the jewels that make it up, including 2,868 diamonds, 17 sapphires, 11 emeralds, 269 pearls and four rubies. In fact, it’s so heavy that the 94-year-old monarch has previously spoken about the effect it has on reading speeches.

During a BBC documentary, she stated, "You can't look down to read the speech, you have to take the speech up. Because if you did your neck would break, it would fall off.”

Don’t worry Charles, you’ll have plenty of time to wear one when you’re king.

RELATEDPrince Charles Gave Us a Rare Look Inside His Home and the Decor Is Bonkers (2 Rooster Statues?!)