The One Food Queen Elizabeth Never Ever Eats, According to Her Former Chef 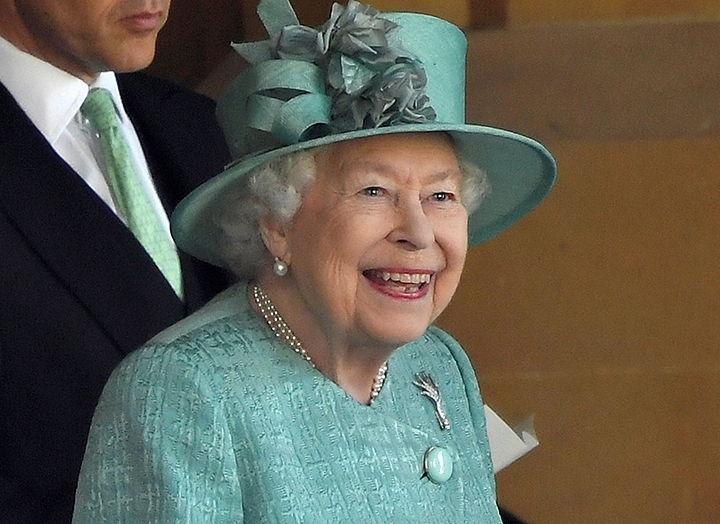 We weren’t surprised to learn that Queen Elizabeth has a personal chef (who pretty much makes her anything she wants when she wants it). However, we were shocked to find out the one food Her Majesty never asks for: pizza.

Yup. According to the monarch’s former chef, Darren McGrady, the 94-year-old never got a craving for a slice (or a personal pie). “In the years that I cooked at [Buckingham] palace, the queen never had pizza," McGrady told Us Weekly in an exclusive. “I didn’t start cooking pizza until I moved across to Kensington Palace.”

Per the outlet, McGrady spent most of his career working strictly for the queen but served his last four years at Kensington cooking for the late Princess Diana as well as her young sons, William and Harry. And, apparently, the Duke of Cambridge had a favorite topping, involving Indian food (also a favorite of Kate Middleton).

"I [made] pizza all the time for William," McGrady continued. “In my second cookbook, The Royal Chef at Home, there’s a chicken tikka masala pizza [recipe] because he loves Indian food. The pizza combined the two.”

This isn’t the first time we’ve heard that the queen wasn’t a fan of za. Last year, during her visit to the King Henry’s Walk Garden in the London borough of Islington, Middleton was asked the burning question by a young girl: Does the queen like pizza? “That’s a good question, I don’t know… Maybe next time I see her, shall I ask her?” the Duchess of Cambridge responded.

So, maybe pizza isn’t Elizabeth’s thing (we can’t relate). What does she like? According to a 2015 interview with McGrady, it turns out Queen Eliz is a breakfast person. And her cereal of choice is Special K with fruit.

Perhaps if her pizza was served with a gin and Dubonnet cocktail, Her Majesty would reconsider.