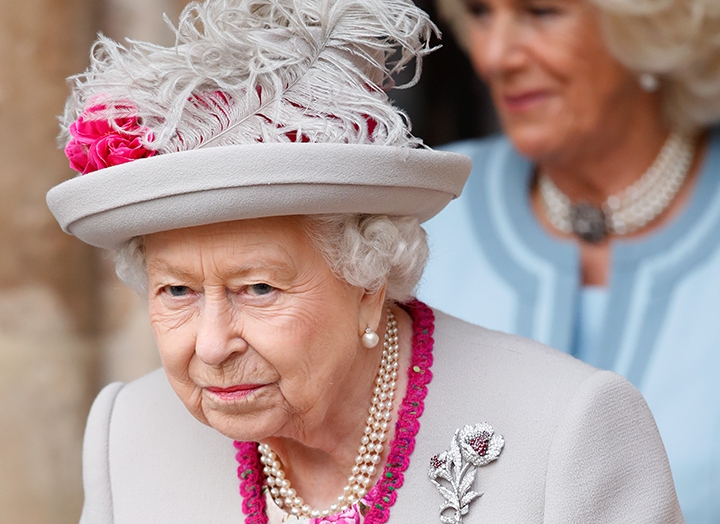 Queen Elizabeth is *finally* coming out of lockdown.

On Friday, Her Majesty conducted a knighthood ceremony for Tom Moore, a 100-year-old captain who has raised over $40 million for the U.K.'s National Health Service. The best part? He did it by walking an impressive 100 laps in his own backyard.  The ceremony took place outside of Windsor Castle (with social distancing protocols in place), and Moore’s close family was in attendance.

The event is the first up-close and in-person engagement for the monarch since the lockdown began in March. It was such an important event, in fact, that Her Majesty reportedly had to leave the secret wedding ceremony of her granddaughter, Princess Beatrice early.

The queen has been quarantining in her Windsor Castle home with her hubby Prince Philip and has rarely left the royal estate. However, the 94-year-old did celebrate her annual Trooping the Colour at Windsor last month, which, due to the pandemic, looked a little bit different. Aside from it being much smaller (it was dubbed the “mini”), the ceremony was led by a small group of the Welsh Guards and no members of the public (or the royal family) were allowed to attend.

She’s also been keeping busy during lockdown by enjoying horseback rides on the grounds of WC. The official Royal Family Instagram account shared photos of one of Her Majesty’s outings, featuring the queen riding a pony named Fern.

We’re happy to see Elizabeth getting back into the swing of things and congratulations to Captain Sir Tom Moore.

QUEEN ELIZABETH'S FORMER CHEF SAID LIVING AT THE PALACE WAS JUST LIKE 'DOWNTON ABBEY'...BECAUSE WHAT IS A WEEKEND?