Queen Elizabeth II doesn't seem like too much of a stickler on many rules, even breaking royal protocol herself a few times along the way. However, it looks like there's one thing that Her Royal Majesty is quite strict about when it comes to family meals: No cell phones at the table.

In a new report from ﻿Express, they highlighted a quote from royal expert Gyles Brandreth, who appeared on ITV's This Morning to discuss traditions at royal family repasts. During his appearance, Brandreth said, “One of the things [the queen] won’t allow at the table with her grandchildren, and indeed her great-grandchildren, is mobile phones at mealtimes.” He added, “She likes a formal [meal].” 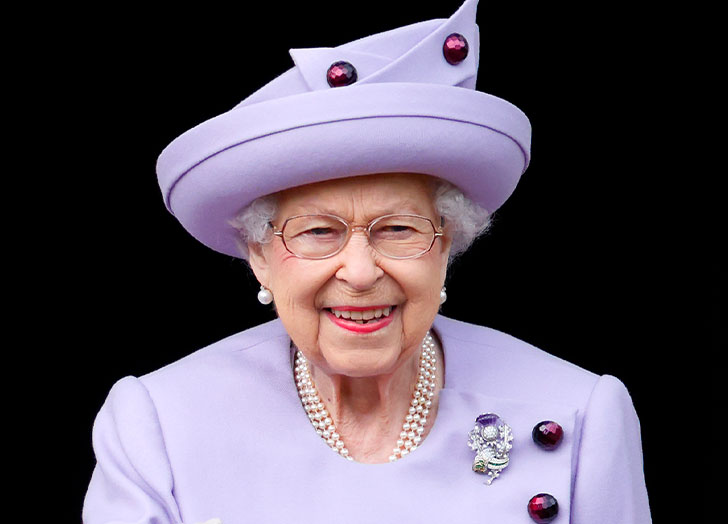 We've previously learned that there are certain traditions when it comes to royal family mealtimes, like the fact that when Queen Elizabeth is done eating, that usually signals to the rest of the table that they should finish eating as well. And if she stands, you certainly do the same.

But Brandreth offered other new insights during his interview on This Morning. The expert admitted, “The queen is my role model in all things,” and he revealed the ways in which she establishes a formal meal.

“It doesn’t mean to say you have to have a napkin,” he explained. “But you do have to sit at the table nicely and you certainly mustn’t eat with your mouth open!”

There are also methods in which royal family members can indicate they're done eating, which was revealed in a previous interview with etiquette expert William Hanson. He said, “When a member of the Royal Family is finished eating, they place their cutlery together. If you imagine the plate as a clock face and the cutlery as the hands of the clock, when finished eating in Britain, the cutlery is positioned at 6:30 with the tines of the fork facing upwards...to alert the staff (and other diners) that you have finished so they can clear your plate without having to ask whether you are finished or not.”

We had no idea there were so many mealtime traditions (and no phones to look up any reminders!).